Renaming a column breaks formulas that refer to it

Renaming a column breaks formulas that refer to it

If I rename a column, SPO does not update all formulas that refer to that column. Is this some of its "features"... or a bug indeed?

Say you create 2 colums: one is single text line and the other is calculated which refers to the former. Then you rename the former, and go to edit the calculated. You'll see that the formula still refers to the old name of the 1st... (if you've dozens of formulas referring to that column in several lists, this is a nightmare!). And if you don't manually update the formulas in all columns that refer to the renamed one, existing and new items will be blank or get errors. 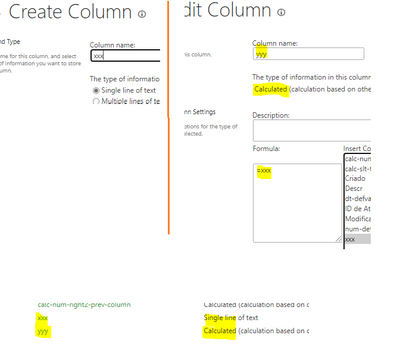 And as you go to the "yyy" definition, its formula still refers to the old name. You have to manually edit it to "fix", to refer to the new name: 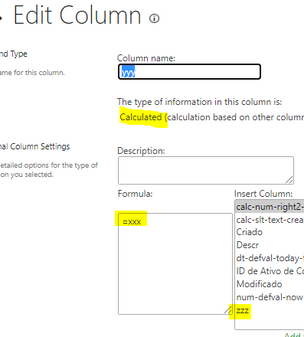 Re: Renaming a column breaks formulas that refer to it

@mescwbif once you start to work with power platform apps like Power Apps and Power Automate you will realise the danger of renaming columns. Both of those will refer to the original internal name and so, very often, does SharePoint. It might sound flippant but plan your structure carefully in advance so you don't have to rename columns.

Re: Renaming a column breaks formulas that refer to it

Rob, I appreciate your comment and kind remind. I understand that any rename can impact stuff made outside of SPO. But this wouldn't hamper the idea, since many tenants even don't use powerapps/flow. Whenever one decides to build something outside of a system that refers to it, have to be aware of fields' renamings, to fix / control all "external" stuff as appropriated. This is usual in IT, for instance with SQL and front-end apps - however if one renames a column in a table from a DB, SQL automatically ensures at least all its references in its own SPs and triggers are updated accordingly (and if replicating to other server, propagates the rename to there too).

So, I can't really understand why would be that hard to make SPO do the same "inside" it (update references in calculated columns, pages, events etc) as well :)