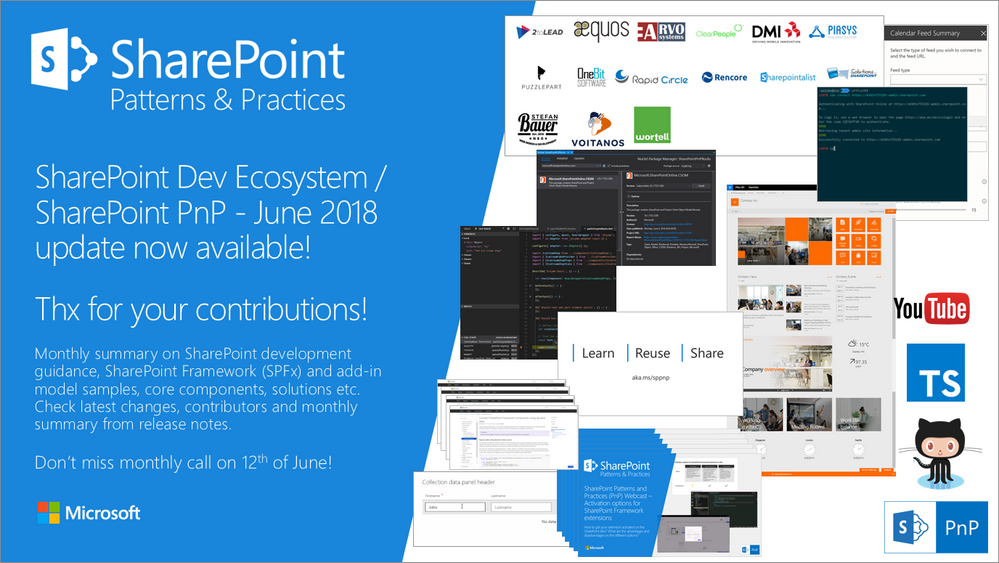 Summary of latest SharePoint development topics from SharePoint engineering, including all the great contributions from our fabulous SharePoint Development community. Check the monthly summary for additional details. Thanks for your contributions!

When will these be available for production sites?

Not quite sure on the context of the question as these are open-source projects or samples, so they are all available for anyone to reuse in their deployment. They will not be provided by default to your tenant by Microsoft.

OK, are these safe to use in a production environment?

Chris, as with any open-source initiative and/or custom developed solution...there is risk to putting any code into your system. Most of the PnP stuff is pretty well tested. However, some of the things that were mentioned should not be used in production tenants. More specifically the PnP-Starter-Kit, in it's current state requires First-Release, and still has some bug fixes to be implemented, so only deploy that into test/demo tenants at this time.