I had an issue that I discovered yesterday where a few of my workflows were getting stuck in the suspended state. I had to do a ton of testing to figure out that it was the 'Create Alerts' role permission that had to be added to the site for the workflow initiators. The error message on the workflow was an access denied error when trying to hit the /_api/sp.utility.sendemail service.

I recreated this problem in multiple site collections, and it's my view that something changed on the back end that caused my workflows to suddenly stop working. Here's how to set it up: 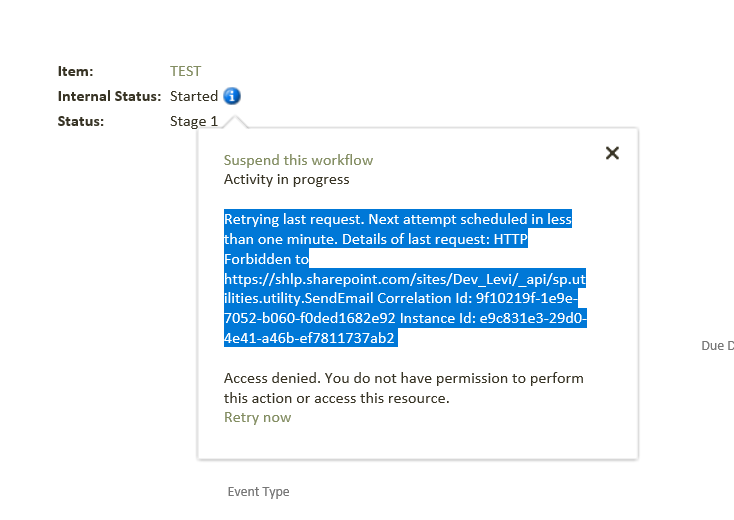 This was not broken before Tuesday, but all my workflows where users only have read permissions to the site but edit permissions to the list got stuck on the send email activity. This caused a lot of stress and confusion, and it was by nothing that I changed. These workflows have been running for over a year, with only the occasional hang up.

I would really like it if someone could confirm this, and if Microsoft would confirm this as a bug. I do not want to enabled the create alerts permission for all of my readonly users that might have to run a workflow on a specific list.

Have you opened a support ticket? I'm not seein any specific problem in the Health Dashboard about workflows and SPO...and no messages in the message center too about any change in regards of workflows
0 Likes
Reply

I do have an open ticket. This is the second time I've had a batch of workflows break due to some magical back end change. The only related change I've seen is something related to Groups and Email, but I have no idea what the impact could be for SharePoint.