In Part 1 , we introduced the main benefit to Terminal Services (TS) Easy Print: a "driver-less" solution for printer redirection over a TS session. In addition, several other important changes have been made to improve printing redirection performance over TS. This post lists the changes and their benefits.

Change #1: New group policy to allow the redirection of only the default printer of the TS client machine.

In the past, administrators have requested the ability to have their users redirect only the default printer on the TS client machine, and not all printers. To meet this request, we have introduced a new group policy (GP) to Longhorn Server. The GP is located under:

"Redirect only the default client printer."

By enabling this GP on a TS server, an administrator will ensure that only the TS client's default printer will be redirected on the TS server, and not all printers.

By having the ability to allow the redirection of only one printer, administrators may now allow printing redirection -- without taking the same scalability hit they would have by redirecting all printers. Also, administrators can avoid having printers installed that their users will most likely not want to use (such as the Fax printer that comes installed by default on Windows Vista).

This policy will work with connections from any version of the TS client.

The behavior is very similar to the behavior of redirected drives. Printers now have the Session SID set in the list of ACLs. Properties of this change include the following.

This is a significant change from Windows Server 2003. Previously, redirected printers were visible to all sessions belonging to the same user as well as to all administrators on the server. Due to this new behavior, there has been a perceivable performance improvement in the enumeration of printers and in the logon time of new sessions. 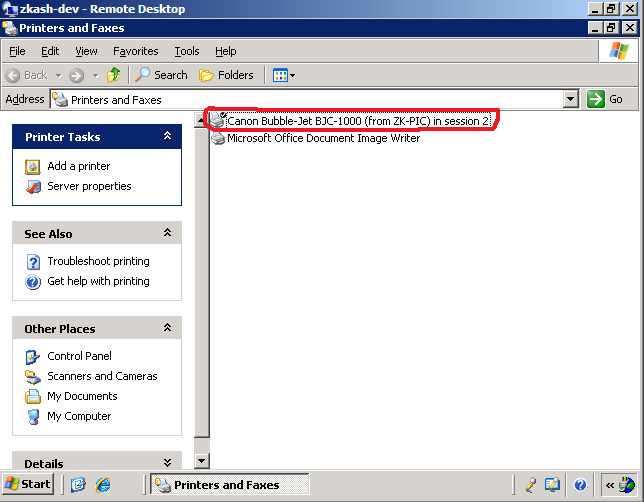 In Longhorn Server, the TS session displays "Canon Bubble-Jet BJC-1000 (%SESSION_ID%)" as shown in the screenshot below. 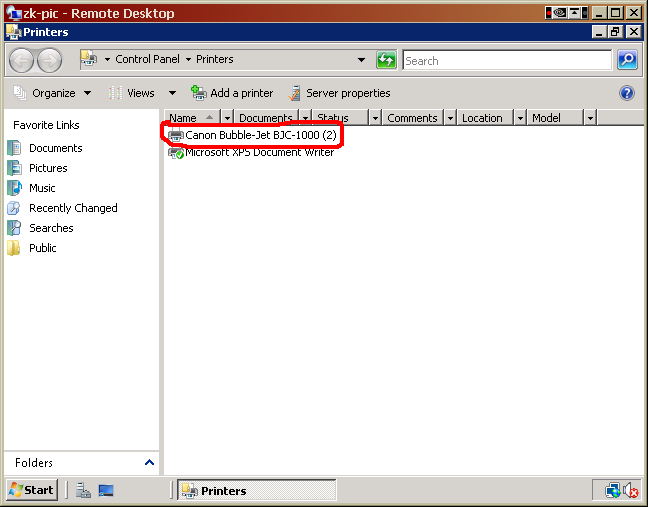