Turn on suggestions
Auto-suggest helps you quickly narrow down your search results by suggesting possible matches as you type.
Showing results for
Show  only  | Search instead for
Did you mean:
Azure ATP now detects SMBGhost
By 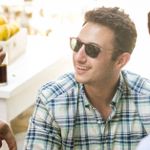 The SMB vulnerability CVE-2020-0796, also known as “SMBGhost” or “CoronaBlue”, was published a few days ago. This CVE is about a potential remote code execution due to a buffer overflow vulnerability in the way SMBv3 (3.1.1) handles SMBv2 compression requests. The vulnerability affects Windows 10 and Windows Server 2019 versions 1903 and 1909.

A few proofs of concept that trigger this vulnerability have been published already – one them on GitHub. So far, the tools published online are expected to cause a “blue screen” if the target Windows server is vulnerable to this issue. As most of the critical servers in an organization are Windows servers, attackers will exploit this vulnerability to try to gain control of the remote servers without authenticating.

The vulnerability has the potential to become widely spread, similar to the way EternalBlue exploited the SMB protocol in 2017. It’s important to protect critical Windows servers by installing a patch, KB4551762, or following other suggested mitigations and workarounds.

In addition, to help our customers stay secure, we are releasing a new Azure ATP detection that looks for use of this vulnerability on unpatched Domain Controllers. The detection identifies crafted packets attempting to exploit SMBv3.