I posted about this in the Ideas section, but the only reply has been from another user which indicates that what I am experiencing is a bug, not a missing feature. So, now as a bug/issue report ...

i was wanting/expecting that there would be a setting which, if set on, would mean that whenever I installed a new app, an icon for the app would automatically be created on the Home Screen,

I am told by one user that they do have such a setting under Microsoft Launcher Settings>Personalisation>Home Screen>New Apps.

I have no 'New Apps' setting or submenu on Settings>Personalisation>Home Screen or anywhere else. And no home screen icons are created when I install a new app.

I looked through all the settings when i first installed Microsoft Launcher from the Play Store when it was 5.2 general release, then again when I signed up for the beta the same day and installed a 5.3 beta, and again after installing every release since. I have at no stage had a 'New Apps' setting/submenu/whatever-it-is (I haven't seen it so don't know).

It's not some generic problem with my phone (Alcatel 3V) that prevents ANY launcher from doing this, because the setting is there and works when I switch over to Nova Launcher. I have reset ML, and even uninstalled ML, cleaned the phone then rebooted and re-installed. No 'New Apps' (or any other related wording) in ML Settings.

(And BTW, it was a little irritating to find that when I restored the settings, after the reset, then the uninstall/reinstall, which I had backed up first, not all the settings were actually restored and I had to reconfigure two lots of settings, one of which was very tedious.)

I'll just add a screenshot of the ML Settings>Personalisation>Home screen on my phone, showing the lack of a New Apps. 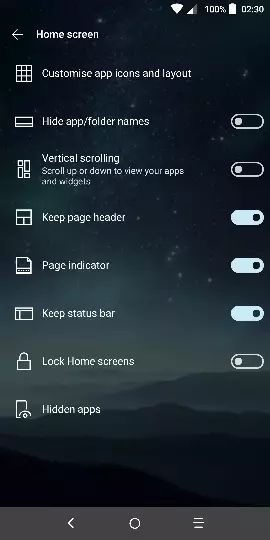 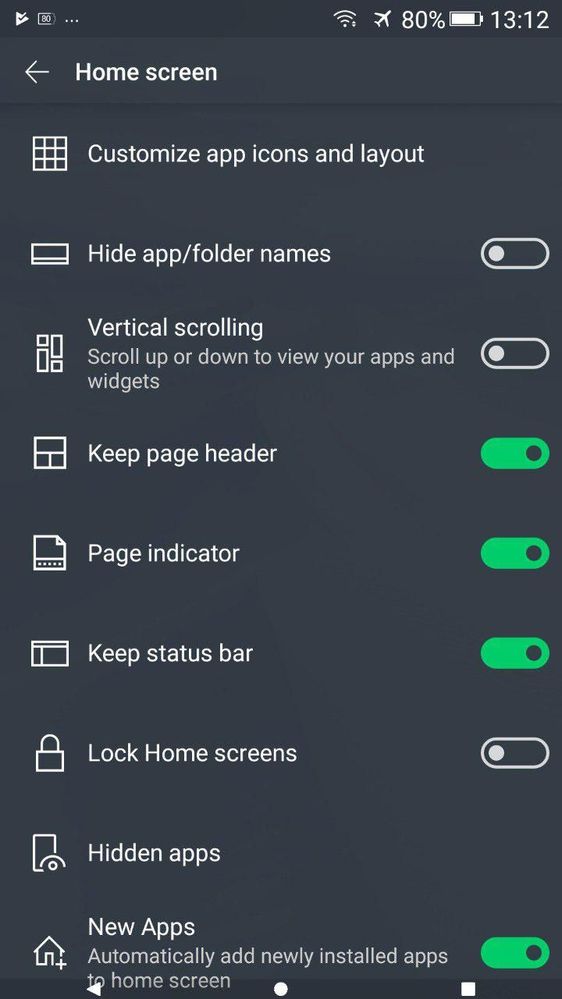 I would love to know why I do not have the New Apps setting, and what I need to do to get it.

As for now, only part of the users have the New Apps settings. Sorry for the inconvenience.
0 Likes
Reply

Ah. I know some features are tried out on some fo the testers. I just never imagined this would be that kind of feature. Had it on my old phone OEM launcher, and saw it on every other launcher I tried on the new one. Oh well - I'll just have to be patient. Good thing I'm not adding apps every day ....
0 Likes
Reply