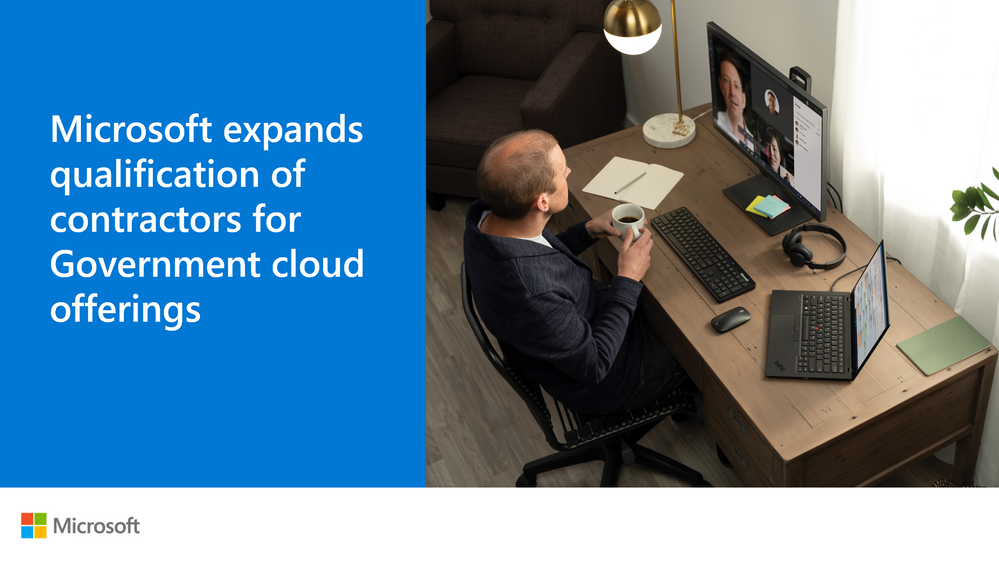 This article is in the Microsoft Tech Community Public Sector Blog that covers Microsoft Government Cloud services in the US Sovereign Cloud with Azure Government and Microsoft 365 US Government (GCC High).

This article focuses on the eligibility for Microsoft Government Cloud services.

The primary change to the qualification requirements includes the ability for non-government service providers and contractors to prove eligibility with a U.S. General Services Administration (GSA) System for Award Management (SAM) Registration.

For additional methods to prove eligibility, please see below under “Validation Submission Directions”.

Historically, eligibility has been a hurdle for U.S. Government contractors and the Defense Industrial Base (DIB) to provide documentation from a government customer.  This has been especially challenging for contractors that are pursuing new contracts with the government but have not yet been awarded a contract. It is a chicken-and-egg scenario, as these contractors may require the use of Microsoft Government Cloud offers to help demonstrate compliance with government regulations required for contract award. In addition, the contractors who are levels deep in the supply chain may not have a direct relationship with a government customer to solicit the requisite documentation.

Note: The purpose of your SAM registration should be for “All Awards”.  We cannot use it if the purpose is for “Federal Assistance Awards Only”.

An eligible government customer is defined by one of the following categories:

Note: An international commercial entity may qualify, though regulated data may be required to purchase the service through their U.S. subsidiary using U.S. locations only.

All validation requests can now be submitted directly through our online portal.  Please submit for validation using one of the links below:

The following documentation is accepted for validation:

Thanks, @RichardWakeman! Is there a trial for Microsoft Dynamics in GCC High? Thanks in advance, and happy new year!

@RichardWakeman thanks for the article. Does this affect procurement process of G3/G5 ? In the past qualified entities could procure G3/G5 only through validated resellers. Those resellers have different minimums of licenses (can be as high as 500) and onboarding fees. Will this change simplify that process and make it closer to what commercial side looks like where you can just buy form the Microsoft portal as many licenses as you need?

@ibotnar No, this is focused specifically on eligibility.  There are no near-term changes to procurement.  That said, we are working with the AOS-G partners to provide more flexibility.  Have a look at the updated article Microsoft 365 Government how to buy - Service Descriptions | Microsoft Docs