I have the following 3 SharePoint lists:-

now i want to cascade the City list based on the Country selection, so inside the Country Combo box field's Items property i added the following formula:-

and inside the City ComboBox field's Items property i added the following formula:-

now i will get the cascade effect on the City list.. but i am facing these 2 issues:-

1) When i edit an item >> the City list will only show the current selection, and will not show all the cities for the current Country as follow:- 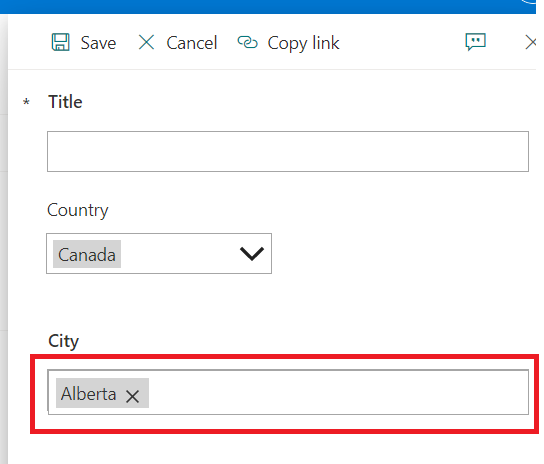 So the city Combo Box will be as if it is a Text field and not a list.. now only if i change the Country option >> the City list will be populated correctly.

Thanks in advance for any help.