I'm currently working with someone that is unable to parse contact emails more than a few months. Is this normal by design?

A contact that this person has been working with has emails that go back quite a few years.

Is there a way to rebuild OCM perhaps if it was not setup properly from the start?

Does OCM also create several Teamsites? And if not would there be a problem if it perhaps created a second without the .url in it?

1. When you view contacts in OCM, not just Business Contacts, you can click All contacts and all the contacts that should be there. 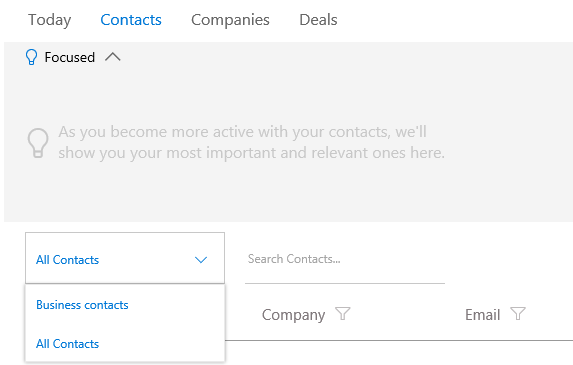 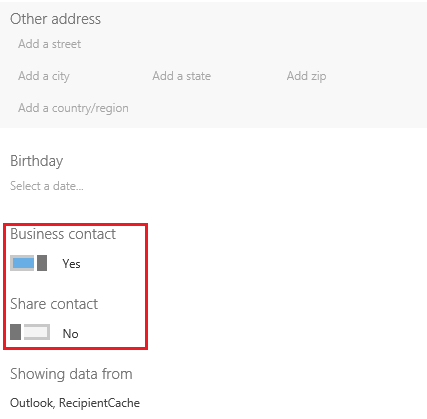 2. No, OCM only have one teamsite.

If above cannot address your concern, please provide some screenshots and a detailed example about the symptom and requirement.

I appreciate the steps and we are aware of this to address the first part (1.). We are well beyond those steps and have manually added the contacts as importing them BCM crashes everytime, even when the CSV's have been cleaned up extensively to the point the interies are minimal and almost unusable. It was found that it would make more sense to go to a few contacts and add them individually to get to the root of the problem.

Also for more information, the number of contacts is 930, and now OCM has now calculated 6555 contacts. Some contacts have triplicated and or quadrupled from the failed mass import several times following the wizard and importing CSV created by BCM.

BCM data had been cleaned up before export and as forementioned the CSV data did not included much more than a standard CSV export from Outlook natively.

This is background information of what we have gone through prior to resorting to manually adding a contact after several failed attempts to import standard BCM contact data.

When the contact has been established the email and meeting trail only goes back as far as 2-3months in most cases and 4 months in one case with one contact. However there's been years of interaction (before 2010) with the same contact using the same SMTP email account with no change in alias.

To address the 2nd part, as far as Team Site creation, here's the issue: 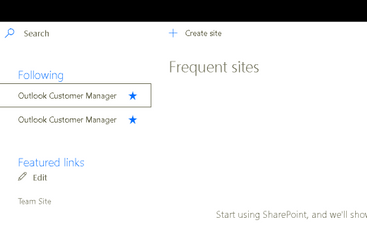 As you can see there's several entries to SharePoint/TeamSites. One with the ".url" entry and one without. Would this perhaps cause an issue? Can we remove this site perhaps without any issues and perhaps it's causing the issues I've mentioned?

As asked before, is there a way to trash previous OCM data and start fresh? It seems the Import process has caused this to run a foul and we would be better off starting perhaps with a fresh slate than fixing something that maybe beyond repair.

And perhaps to add to this, is there a way we can verify the CSV data is valid before importing? From my standpoint it would be extremely useful and very helpful to avoid and mitigate disaster to have a tool that can parse and check the CSV records for import before the process to avoid triplicate, quadruple, and perhaps in this case quintuplet, contacts.

Thanks for your information and any help that can be provided. This also is involving Office 365 Support at this time and stuggling to provide answers on this issue.

Thanks for your updates. Regarding this issue, I will consult our related team to further analyze. I will keep you updated first timing.

Your patience will be appreciated.

Beyond the calendar grid: evolving time management in Outlook