I have been using OneNote since the beginning of 2018 with zero problems. Then my Surface Laptop 1 updated last night (10/16/20) and I have been using OneNote for most of today (10/17) with no problems until about an hour ago when it crashed suddenly with no warning. Now every time I open the app, it crashes and gives me a dialogue box basically telling me they don't know what the issue is.

This is a screenshot of the message. I also attached the file. 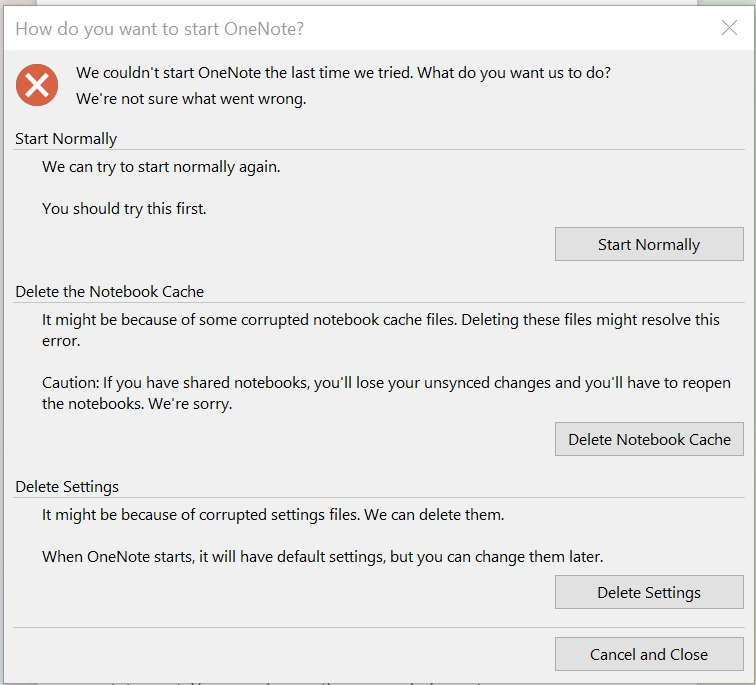 Options given to me after crashing.

I have tried every option here, including restarting my laptop, reinstalling all Office apps (because OneNote 2016 is bundled with all of it), repairing the app through Apps & Features, running the app as Administrator, and checking for system updates (there was one, but that did not fix the problem). I have no idea what else I could try or if I should just give up and use OneNote for Windows 10, because both apps are installed on my laptop. I just prefer the look of the 2016 version.

Hi,
You've posted your topic in "Cortana" community,
You can click/tap on Community Hub (shown at the top of every page) -> Browse All Community Hubs to view the full list of all product related Hubs.