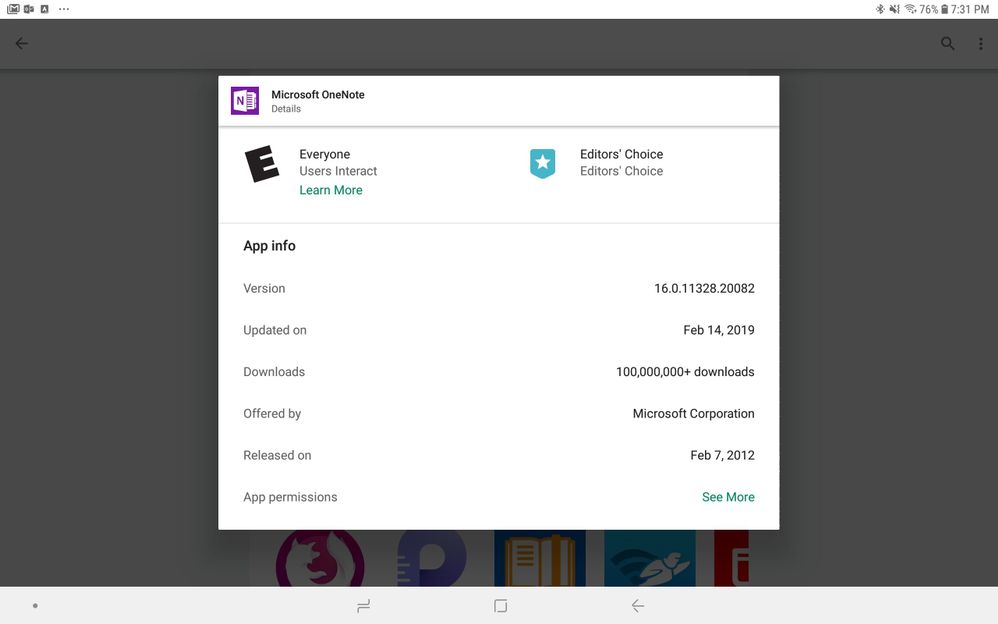 the pen was working great until earlier today when I'm writing with the s-pen the screen lags what is captured with the pen.  If I don't panic... the text eventually appears behind me.  it just started acting up.  its a new tablet with very few apps loaded.

also i was two-finger panning and this artifact got stuck and wouldn't clear until I left onenote for awhile and came back and the text rejoined it appropriate segment. 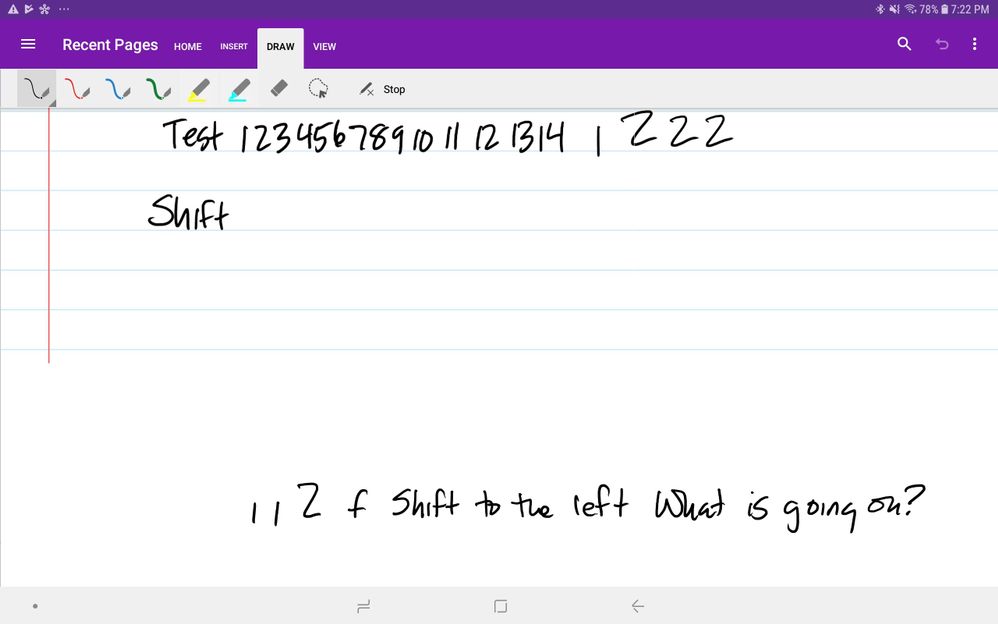 Ink shifting is a long standing issue which is still under investigation.
But the lag is not something that is expected.

Is the lag consistent for you even after killing and relaunching the app?

@pratipsarkar  Thanks for your reply.  The laggy/jittery s-pen behavior is gone.  If it returns I will do some more debugging regarding background apps, etc.

@pratipsarkarI think the developers dont care about this bug anyway. I've been waiting a fix for so long and after more than a year it's still there. Every stable (and also beta) release comes with "bug fixes" but which bug was fixed ? Writing is one of the core features of OneNote and if it doesnt get much love from developers, no hope for this app

@James Frey I was able to clear this up by emptying the cache under App Info in Android.