When a user receives a meeting request on their iPad it goes into iCal as it should. If the user opens the meeting they see: 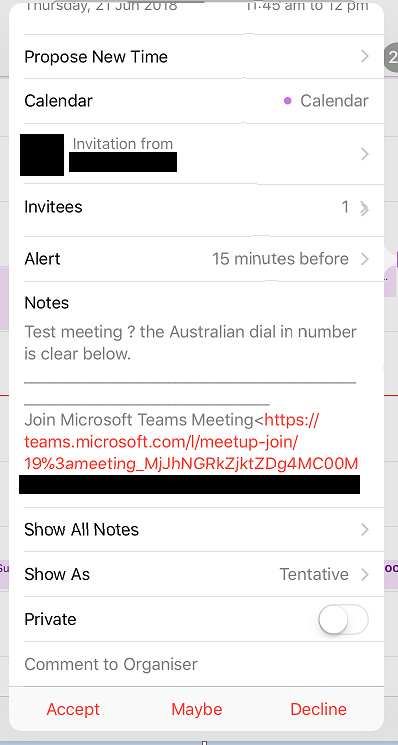 If the user wishes to phone in they have to click the "Show all notes" option which then displays the below: 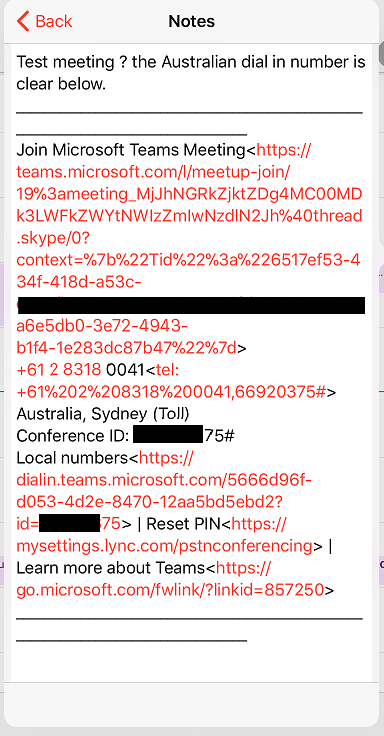 As you can see the format is terrible, compare this to a Skype for Business meeting: 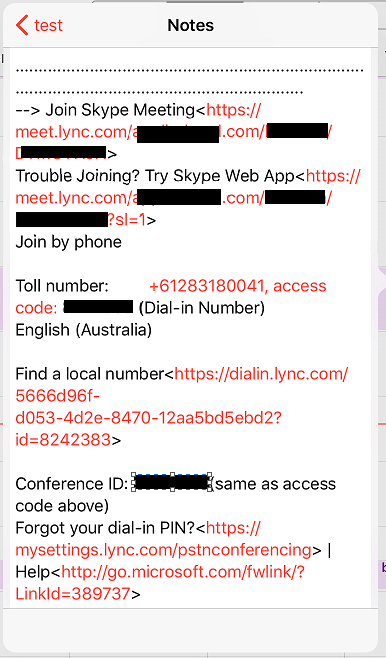 Hi Lee,
Great feedback. I will share this thread with the Teams product Team.

Thanks @Lee N - This does look like a bug.  Can you please make sure you open a support ticket so we can track this issue and provide resolution?  If you post your support ticket here, we can associate it with a bug, on our end.  Appreciate you raising this!

I'm very unhappy with the response from the service engineer who called me back on the above ticket. Initially he suggested I wait for a future update that could take weeks, months or years to roll out.

After expressing my displeasure at the response and me wanting to escalate he said "We will see what we can do" and when I asked if this format issue occurred in Outlook would it be escalated as a bug, he confirmed it would but would not admit the issue was just as important for an iOS user. He suggested we teach the users to find the number as it is there, I said as an end user who cannot read code that they would not be able to understand the URL and to find the number so that workaround is not acceptable.

Essentially the meeting invites are useless for iOS users and it was suggested a fix could take months or years by the support engineer.