This has annoyed me ever since Office replace the icon bar with a ribbon that was so much deeper - at the same time that widescreen (and hence short top to bottom screen) devices were becoming popular.

In the days of 4:3 screens, my 17 inch screens had more than enough space to cope with a ribbon at the top, but my widescreen 17 inch had a couple of inches LESS space to show it.  I found I was having to collapse the ribbon, and open it back when I needed to do something. Such a backwards step, yet no one seemed to be bothered.

I have been posting about this issue in Edge Dev because there is an option via Chrome store.  I prefer to have my tabs down the left side, because of the screen space there that is otherwise wasted.  Tabs along the top of a widescreen device just take up space or show so little of themselves that it is hard to work out from a letter or two what they are. Tabs down the left allow far more to be shown, and give the possibility of nesting.

Thisis just a very quick mockup to give a flavour of what I suggest. 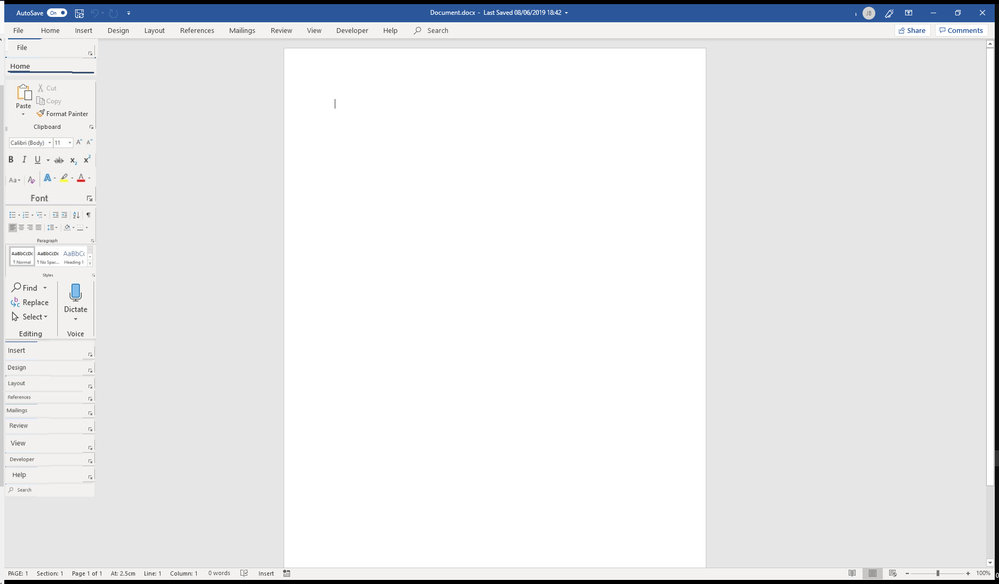 UserVoice is the correct place to leave feedback: https://office365.uservoice.com/forums/264636-general