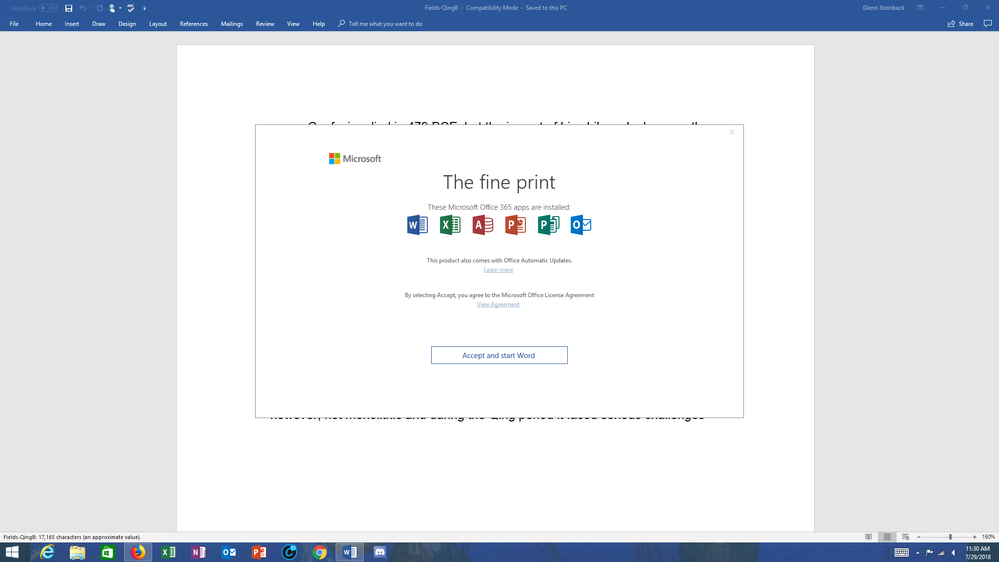 I asked support repeatedly and they seemed to equivocate.
I am in the process of reading the new EULA but I don't have a copy of the EULA I originally signed to compare it to.
I do notice that you have to agree to allow Microsoft to gather data on you.
0 Likes
Reply

I was on a chat with Microsoft support, and he repeatedly refused to answer my question of whether this was a legitimate Microsoft popup. I asked 4 times and even resorted to all caps, but he simply would not answer.
1 Like
Reply