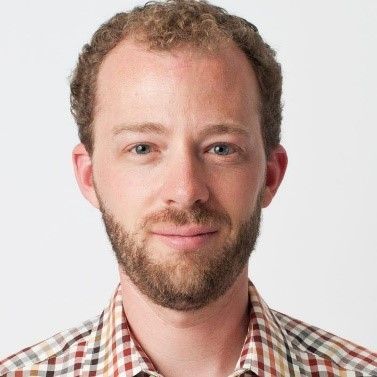 BrainStorm is a Microsoft learning and adoption partner where business as usual with modern software is unacceptable. We seek to help everyone be savvy with their software with QuickHelp, an intelligent learning platform. My role includes content, experience and community strategy and hand-crafting learning paths to power personal productivity gains with the latest and greatest tech.

Yammer appeared on my radar when I was pursuing a masters in learning technologies at Pepperdine. Action Research was the method employed in my graduate work, so I was determined to invite colleagues to gather in a social / community space like my personal experience with Facebook and Twitter. In my search for a proper tool I stumbled upon Yammer. I believe they had just announced Yammer 2.0, so Fall 2010. Wild it's been 7 years now! No matter how many times I requested an invite to join Yammer, the invite never arrived. I took to Twitter with my complaint. Don Otvos was kind enough to reply with a backdoor into my network. I was shocked to find ~50 other IT and HR folks already in the network.

From day one Yammer gave me a platform where I could blend together my innate propensity to cultivate community and over-the-top optimism for technology to accelerate the pace at which we learn from one another. Without formal authority, I fostered a welcoming environment where more than 6,000 colleagues over three years invested their attention in compelling organization-wide conversations and relationships. Early on, I knew the collaboration manager would ultimately legitimize and license Yammer for our organization. I had a chat with Joel Oleson (SharePoint Joel), who had recently accepted that exact position, and shared my vision for Yammer with him. Two months later, Joel offered me a spot on his team where, after a short bakeoff with Newsgator, we secured funding for Yammer six months prior to the Microsoft acquisition. During that time together Joel and I launched SPYam, the SharePoint community on Yammer.

Microsoft then offered me a role as a Yammer customer success manager where I continued evangelizing the power of community as an organizing principle for the future of work. I consulted with NetHope on their non-profit network in Yammer initiative during my transition from Microsoft. Yammer has followed me to BrainStorm where I lead our Yammer adoption program. In June 2017, I received a Microsoft MVP award. To say Yammer has had a huge impact on my career would be a massive understatement.

Mixed Reality has my attention at the moment. I feel my contribution to the IT space is to relentlessly craft an experience that is more human and the tech fades into the background. Yammer specifically invites us to enhance the relationship we have with work itself. Exploring our collective opportunity to #WorkWonders is what excites me.

Contribute to the community. Joel Oleson challenged me to grow my involvement in the SharePoint community and only good has come of it. Community is where the magic happens. We all need each other and the more we turn outward the more potential we see in ourselves and others.

Inspiring others is a tall order. I co-host a weekly Twitter chat, #ESNchat, inviting enterprise social enthusiasts to explore together how the *quality* of our relationships impacts the results we achieve. I strive to pay it forward on Twitter since Don gave me the outside help I needed.

Nice interview Noah! Great to hear the community efforts and initiatives from MVPs and indeed it's inspiring to see the success they have.