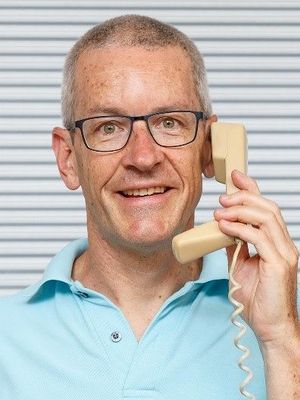 I’ve worked in telephony for over 30 years now, going straight from high school at 18 into an apprenticeship with Australia’s national carrier Telecom (now Telstra) as an Apprentice Technician. I chose PABX maintenance for my specialty and spent many years in support roles, eventually evolving into a pre-sales / solutions architect position with the master Nortel reseller in Australia.

In the mid-noughties Nortel entered into an “Innovative Communications Alliance” with Microsoft, and that exposed me to Live Communications Server 2005 and Office Communications Server 2007. The collapse of Nortel in 2009 presented an opportunity to reboot my career, and I felt that joining a Microsoft partner to work on OCS 2007 R2, installing and deploying Enterprise Voice was the right move. Coming from a traditional PABX background was quite a learning curve for me, but the team I was working with there really helped me grow my networking and Microsoft skills, and in return of course I taught them plenty about telephony.

Early in the career it was the basics of telephony, of battery feeds, current flow and the colour codes for cables and resistors. Back then I used to program with a soldering iron! Of recent times, it’s how little I seem to know about PowerShell. Over Christmas I bought fellow MVP Mike F Robbins’ ebook “PowerShell 101”, and I’m a little embarrassed (but at the same time delighted) at all the tips I’ve picked up from reading what’s supposed to be a book for beginners.

I’m continually impressed by how telephony has evolved since Alexander Graham Bell supposedly uttered the words “Mr. Watson, come here, I want to see you”, and that I’ve lived through so much of that change – and it’s still evolving. From generator handles through dials to pushbuttons, telephony has morphed to become Unified Communications – and yet at the same time if we want to talk to someone we still hold a “receiver” to our ear and talk into a “transmitter”.

I won’t be happy until we can mark the official death of the G.729 codec, and all other narrow-band codecs. It’s coming.

Bots and automation are big, with Microsoft releasing SDKs for Skype for Business and Teams, and Flow to help you automate and integrate. I have a couple of ideas for some bots I want to write, including porting my own take on Joseph Weizenbaum’s 1966 ELIZA “artificial intelligence” application to the cloud version of the platform.

As far as 2018’s concerned though for me it’s Teams. Microsoft’s development of that is continuing at great pace, and the published roadmap for this calendar year lists a lot of really exciting telephony features to catch up to and then surpass what we do with Skype for Business.

I've always been interested in digital electronics and I still enjoy dabbling there, although the workbench doesn't see much use these days. I've loved coding since I was a kid, and that's something I get to do today as part of my work (primarily with PowerShell) and of an evening and weekend when I'm writing C# utils & scripts for Skype for Business or tinkering with an Arduino or Raspberry Pi on all sorts of home automation projects.

I'm also the cook here at home. I'll often throw a "mystery ingredient" into something just to see if it works, then ask my partner if he can guess what it is. In the absence of any really obvious sensation his default answer is "chilli", and he's often correct. There's always room for chilli in a dish – and yes, even dessert.