We are excited to introduce this week’s Friday Feature— @Bill Ayers. Bill runs a UK-based company that develops both ISV solutions and consults clients on SharePoint, Office 365 and mobile development. Read what he has to say about the transition to the cloud and the power of SharePoint and the SP Community. 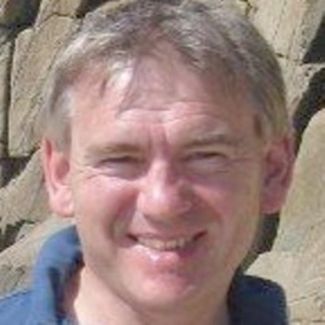 1. Tell us a little bit about where you work and your role in the organization.

I run a UK-based company that develops solutions both as an ISV and bespoke solutions for clients as well as consultancy work and occasional training. Our focus is SharePoint and more recently Office 365, but also mobile development. I spend most of my time in technical design and architecture, but I still like to get my hands dirty with actual coding when I can.

2. In one of your blogs, you mention that you used to be skeptical about cloud computing. What changed your mind? What concerns still exist?

When Microsoft first started to talk about being “all in the cloud” the infrastructure simply didn’t exist yet. In the UK at that time you were lucky if you could get anywhere near the cloud. Outside of large cities the Internet was slow and unreliable and Office 365 and the Azure Portal were unusable. In addition, many cloud services were expensive because the suppliers hadn’t yet achieved the economies of scale that we can now take advantage of. This all changed a couple of years ago when everything started to improve rapidly, particularly with fibre broadband and as cloud providers improved their offerings. IaaS (Infrastructure as a Service, e.g. Azure VM) made it easy to replace a physical collocated server, but this is really just the first step. Now we have moved much more to a PaaS model (Platform as a Service) and Office 365 which is really SaaS. Just a few years ago we used to worry about servers, processors, redundant disk drives, network routers and operating systems. I do slightly miss the cool hardware and blinking lights, but it’s good that we’re now be able to concentrate on the software.

3. When were you first introduced to SharePoint? When did you realize just how powerful the tool could be?

In 2003, I had been mainly working with Unix and decided to go on a Windows Server 2003 course. One of the modules talked about SharePoint and I realized it did a lot of the things I had been building custom solutions for, so I started using it. But the development story wasn’t that great, so I rather gave up on it as a platform until 2006 with the beta programme for SharePoint 2007 (MOSS). Suddenly it made sense to build solutions on top of SharePoint because a lot of the infrastructure was already there, and you could just extend it. As for seeing the breadth of capabilities of SharePoint; that came later when I was lucky enough to be one of the people who had the opportunity to do the three-week Microsoft Certified Master course in Redmond.

4. The IT Pro Community is a heavily active and engaged group. How have SharePoint User Groups and the IT Pro network played into your career?

I’m not sure about the IT Pro community generally; there is certainly a very strong SharePoint community which also includes developers, and this doesn’t exist so much in other fields. In a field where the technology has been changing so rapidly this has been a huge help as a source of information but also in providing many opportunities to share information. Over the years, online forums have led me to user groups, and speaking at user groups has led ultimately to conference speaking opportunities. The online communities are also a great way to get questions answered with the bonus that they build up a searchable corpus of knowledge. This works both for forum platforms like Microsoft Tech Community and also the more answer-based knowledge-exchange model such as StackOverflow and SharePoint.StackExchange.com, of which I am still a moderator.

5. Given the rapid pace of change in cloud technologies and product updates, how do you stay up to date? What resources do you lean on the most?

This is an increasing problem and unfortunately it means that we have to focus our attention and screen out a lot of technologies that look really interesting but risk becoming an enormous time-sink. Although I don’t think any learning is ultimately wasted, in business you have to deliver and that means that sometimes you have to let things go past you. Of course, it is easier than ever to find information using your favorite Internet search engine, but it is also easier to be distracted, and one of the advantages of printed books is that you get a curated narrative without the noise. One particular concern is that as more and more people enter the industry, and particularly with the proliferation of open source technologies which Microsoft is now embracing, there is a danger of trying to adopt every new fashionable framework or development technique. Sometimes you have to stand back and wait for things to shake out, and see which technologies come out on top. The ultimate survivors are not necessarily the best technically, and even the backing of a huge company is no guarantee, as long-term devotees of Microsoft technology can attest!

6. What’s the most challenging part of delivering cloud solutions to clients?

I have worked with clients who initially didn’t want to use cloud technology at all. There may have been real or imagined compliance or legal constraints, existing data centre or development team investments or just general concerns about control or security. We might be asked to embark on an on-premises only project and would be assured that there was no possibility that there would ever be a requirement to move it to the cloud. Of course, sooner or later the question is asked “can this solution be moved to Office 365?” because there usually comes a point at which the poles of opinion suddenly flip over. Depending on the stage the project had reached it could be very difficult to pivot. Fortunately, most of, much of businesses are now at least partially in the cloud, so it is much easier to argue that any solution needs to be at least cloud-ready, but there is a cost to this. Another issue is ensuring (and verifying) that clients have sufficient bandwidth infrastructure to support any proposed cloud solution. That aside, the biggest concern is still security, as cloud solutions inevitably involve a larger attack surface compared to on-premises. The recent ransomware attacks, even though not cloud-related, will increase the anxiety level.