The following lines are based on findings in Ticket 16988032:
A message is sent from a third party to two so called mail lists (Mailman; allowing the multiplication of the message). In a first step the two mail lists are merely the recipients of the same message.
Once the message arrives at the two mail lists, a process of “moderation” (where someone has to approve the message being sent out to many parties) is being started.
When the moderator approves the message it’s sent to all members (recipients) of the mail list.
If someone is a member on both mail lists, he or she will only receive the message once even tough the messages (in our case) have different senders, subjects and are sent to the Exchange environment at different times (see also Bug 2).

Bug 1:
Even tough (as per Design, see Bug 2) the message is only delivered once to the Inbox, the Message Trace Utility suggests in parts the second message has been delivered too (the message the lower end of the screenshot is marked Delivered):

This is especially annoying because the detail view contradicts (but is correct): 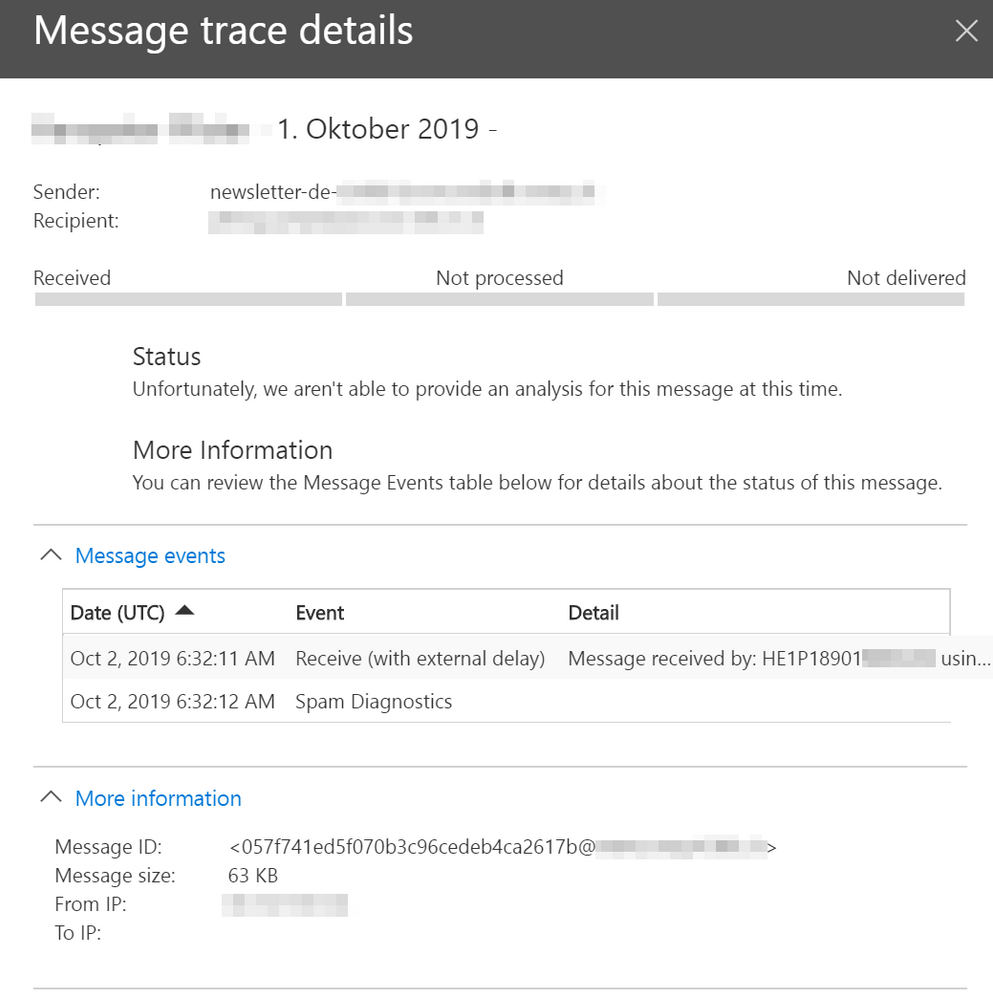 Bug 2:
The Exchange Server, as I have been informed, uses the Message ID and the Sent Date/Time to decide if a message was processed before to avoid duplicates in the mailbox.
This not only leads to issues like this, where two quite similar messages (same content but different Senders and Subject because modified during the moderation) are only partly delivered but actually allow anyone to trick Exchange in not delivering a message into the Mailbox of an user while allowing the Sender to prove it was delivered.
Sadly this has been noticed for more than 7 years and the issue is still not addressed: https://www.mailstore.com/en/blog/2012/07/31/exchanges-duplicate-detection-vs-completeness-archive/

So I hope that those issues are being addressed in the nearer future.