Having trouble generating a MSIX in Azure Devops

Having trouble generating a MSIX in Azure Devops

I'm following the guide exactly linked below and the Azure Devops pipeline task isn't generating the msix. It's only building the project. This is a project generated directly through the dotnet CLI and has no changes to the project file.

I've also tried to run `msbuild` in the pipeline with the `/p:GenerateAppxPackageOnBuild=true` argument like it says in the docs, alongside other arguments and a msix isn't generated either.

When I use the ADO task (instead of msbuild explicitly), it says the project files are not supported. I'm not sure why this would be the case since it's a generated template.

Is there a step I'm missing that I must do before I use the Azure Devops task or msbuild to generate a msix file? I feel like I'm missing something that's really simple here.

Also, you can message me on teams. My alias is androdri. 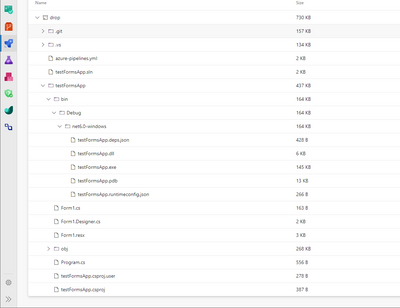 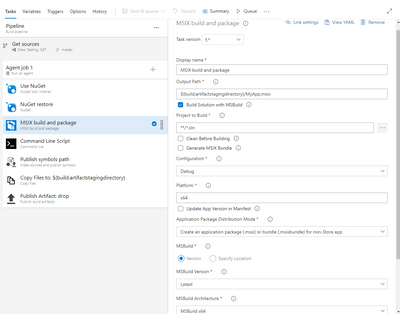