I have been using MSIX package project with Visual Studio Community 2019 for about one month.

I didn't have any big troubles with MSIX package until last week.

However, I met some troubles using MSIX package this week.

1. The install and automatic update windows which used to be displayed in Japanese

are now displayed in English.

I uninstalled the MSIX package and tried to reinstall it.
However, I failed to install it with the error code 0x80D05011.

I attached the picture of the install error.

MSIX install and automatic update features had been working successfully until last week.

I didn’t change the settings of my MSIX package generating project.

I also tried creating new MSIX package project from the beginning.
However, the same install error has been displayed with the error code 0x80D05011.

I would appreciate it if somebody could give me any information on this issue.

I also attached configuration files of my MSIX package project.

I tested with two laptop computers.

Both of them use the same version of Windows OS.

I successfully installed my test MSIX package on one of them last night.

I prepared my test MSIX package with Visual Studio Community 2019.

I followed the instruction described on the following web page.

When I prepared my test package, I recreated test application by copying

the source code (*.cs and *.xaml files) from my original application which is

My test package referred to this test application.

However, I failed to install the same package on the other computer

I tested with a very simple .Net Core 5.0 application.

I replaced the application which is referred from my original package

to the attached very simple application. 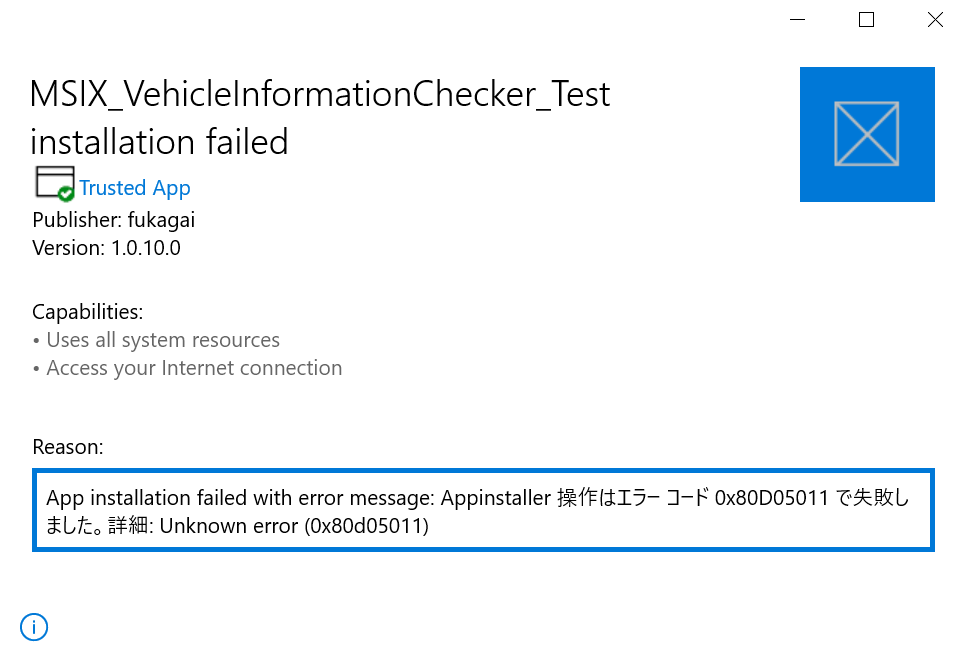 I replaced the application which is referred from my test package

to the attached very simple application.

One of my two computers showed the install error with the error code 0x80D05011.

The other computer showed the install error with the error code 0xC00CEE23. 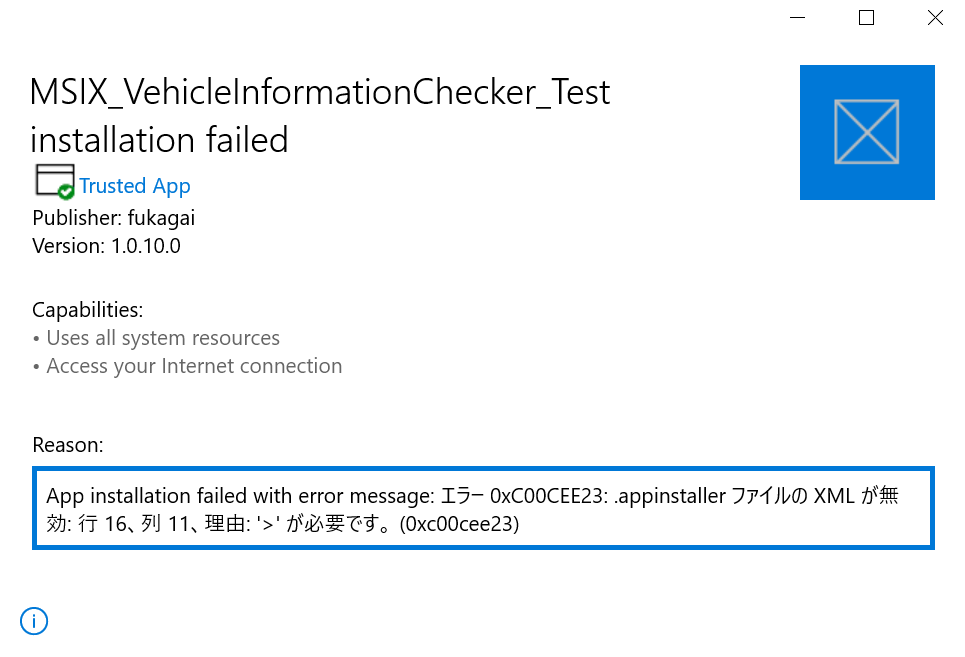 The contents of "MSIX_VehicleInformationChecker_Test.appinstaller" are as follows.

(I modified the part of web address.)

When I tested with my test package, I uploaded the following files on a Web server.

and "index.html" were generated by Visual Studio Community 2019.

I prepared ".htaccess" file with the following contents.

It refers to my original application project (VehicleInformationChecker). 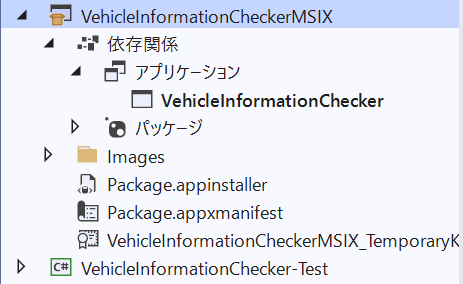 I created a new self-signed certificate this time.

(I used a same self-signed certificate in my previous tests.)

Other configuration settings are the same as before.

I uploaded the new package on our web server.

So far, both install and update are working without any problems

on both of my two laptop computers.

( I created a previous self-signed certificate about one month ago.

There was about one year before it expires. )