Turn on suggestions
Auto-suggest helps you quickly narrow down your search results by suggesting possible matches as you type.
Showing results for
Show  only  | Search instead for
Did you mean:
 Submit an Idea
New Ideas
0 Upvotes

Status: In the backlog
Submitted on ‎Jan 30 2020 03:00 AM Submitted by Loki-Midgard on ‎Jan 30 2020 03:00 AM 4 Comments (4 New)
According to this Microsoft document to integrate with Office as a cloud provider you need to add a registry entry under  HKEY_CURRENT_USER\Software\Microsoft\Office\Common\Cloud Storage.   This seems to not be possible at the moment for MSIX installed software. ... View more
0 Upvotes
Add upvote

Status: Working on it
Submitted on ‎Jan 05 2020 01:59 AM Submitted by MarosK on ‎Jan 05 2020 01:59 AM 19 Comments (19 New)
Currently MSIX deployed desktop application (eg. Winforms or WPF) are automatically updated only when app is launched by Start menu item. When user launch app by clicking on app taskbar button or on app desktop shortcut, check for update is not launched. So if new version is available and user runs app always by shortcut or by taskbar button, new version is never detected and thus never installed. This is wrong, because users strongly prefer runs app by desktop shortcut or by taskbar button. Thus I ask to implement checking for update also by clicking on desktop shortcut and on taskbar button. More description you can find on GitHub issue https://github.com/MicrosoftDocs/msix-docs/issues/59 Thanks ... View more
3 Upvotes
Add upvote

Additional use of Template file

Status: In the backlog
Submitted on ‎Dec 01 2019 09:02 AM Submitted by Tim Mangan on ‎Dec 01 2019 09:02 AM 1 Comment (1 New)
I believe the template could be quite useful outside of the full command line form of repackaging.  As far as I can tell, there is no way to use the template outside of the command line interface..   I would like to launch the tool, select a template file which then pre-fills all of the information that would have been used in the command line, but still go through the wizard.  This would be very useful for repackaging an app that has regular updates but cannot be (easily) fully automated.     ... View more
5 Upvotes
Add upvote

Status: In the backlog
Submitted on ‎Nov 20 2019 10:23 PM Submitted by Amit Kumar on ‎Nov 20 2019 10:23 PM 1 Comment (1 New)
We have many 3rd party apps that creates addin to excel , office , powerpoint, word. So far we have been using script to instantiate object and add addin once the user logs off/login .  We also tried with run virtual key in appv 5.1 but it will always launch excel in its isolated environment which again is not helpful.   Are we planning to handle this behaviour too with MSIX ? ... View more
5 Upvotes

Windows10 with MSIX Convert Tool as Catalog Image in Azure

Status: In the backlog
Submitted on ‎Aug 21 2019 02:07 PM Submitted by Tim Mangan on ‎Aug 21 2019 02:07 PM 3 Comments (3 New)
If re-packaging an app with multiple shortcuts, one of them becomes the default entrypoint to launch when the package is installed on end-user machines.  It isn't clear how that is selected, but it does look like the top one in the manifest is it.   While you can manually edit the manifest, we should prefer packagers not do that when possible.  Therefore a good solution to setting the default launch would be to provide a selection dialog in the "First launch tasks" dialog of the packaging tool.  Up/Down arrows would suffice. ... View more
5 Upvotes

Status: Not at this time.
Submitted on ‎Jul 15 2019 11:35 AM Submitted by Tim Mangan on ‎Jul 15 2019 11:35 AM 2 Comments (2 New)
We know that services are "on the list" of things to be added to MSIX containers.  When these are added, please consider adding a "spoofing" of the service name.   For packages not distributed via the Microsoft store, it seems reasonable that software vendors will continue to include their own licensing/copyright solutions.  But they rarely "write their own" solution and more often incorporate a component from a Microsoft partner.  The most frequent of these that we see out there is FlexNet from Flexera Software.   This solution, in the MSI world has the software vendor add some library calls to their application plus a Windows Service.  While virtual services work well under App-V, there is one issue that occurs involving this service and it would be awesome to fix this when MSIX adds the equivalent.   The issue is that, under App-V, we can only have one instance of any application that includes this service running on the OS at the same time.  A great solution to this as part of MSIX services would be to "spoof" the service name.  Let each instance have a unique name where needed, but let the application source code still refer to it by the original name and map those calls within the container to the container version.  ... View more
2 Upvotes
Add upvote

Status: In the backlog
Submitted on ‎Jun 13 2019 12:44 PM Submitted by John Vintzel on ‎Jun 13 2019 12:44 PM 1 Comment (1 New)
<Separating out Ideas submissions with multiple items>   List the file type associations of a package in group by the Executable name Have all the FTAs listed under respective executable, provided two ticker options to each FTA – Enable and Enforce Enable option would be to enable the FTA if the checkbox is ticked Enforce option would be to make that the Default program for that specific file type/extension upon install ... View more
0 Upvotes

Engineers can debug and identify cause for issues using ProcMon, RegMon etc.

Status: Completed
Submitted on ‎Jun 13 2019 10:48 AM Submitted by John Vintzel on ‎Jun 13 2019 10:48 AM 2 Comments (2 New)
<Separating out Ideas submissions with multiple items>   For the Packaging engineers, it will be a much helpful part if an optional Debug Shortcut (preferably a Command Prompt shortcut) option be provided (by default within the tool) Engineers can use this option to debug and identify cause for issues using ProcMon, RegMon etc. Once the Fix is developed, build the Final MSIX packaging with Fix by unselecting the Debug Shortcut option and release the Final build for end users ... View more
3 Upvotes

Status: Completed
Submitted on ‎Jun 13 2019 10:46 AM Submitted by John Vintzel on ‎Jun 13 2019 10:46 AM 6 Comments (6 New)
<Separating out Ideas submissions with multiple items>   There could be scenarios such as – an application INI file contains Localhost address which is dynamically written at the time of application deployment Understanding the purpose of MSIX, which is to eliminate the necessity to have custom actions, scenarios such as above turn out to be challenging without installation time actions Having Post-Install script execution supported in MSIX will ease its adaptation for minority of applications as well which required such customization ... View more
28 Upvotes
Add upvote

Status: In the backlog
Submitted on ‎Jun 13 2019 10:42 AM Submitted by John Vintzel on ‎Jun 13 2019 10:42 AM 1 Comment (1 New)
<Separating out Ideas submissions with multiple items>   Being aware of Shortcut management support to be included in upcoming release, will look forward to see the following supported in future releases It will be helpful to address customer requirements in enterprise domain if advance options are provided in the packaging wizard under shortcut section to Pin them to Taskbar OR Start Menu In absence of which administrators will have to deploy a custom script as a different program along with MSIX installation to accomplish the same (Support pin to taskbar or pin to start) ... View more
0 Upvotes
Add upvote

Status: In the backlog
Submitted on ‎Jun 13 2019 10:38 AM Submitted by John Vintzel on ‎Jun 13 2019 10:38 AM 1 Comment (1 New)
<Separating out Ideas submissions with multiple items>   Check with relevant teams if the definition for “Reset” option under “Apps & features” in Windows setting can be rephrased as the statement “Application will be re-installed” is not in-line with the actions performed in the background on selection of this option ... View more
2 Upvotes

Status: Completed
Submitted on ‎Jun 04 2019 11:33 PM Submitted by marcinotorowski on ‎Jun 04 2019 11:33 PM 2 Comments (2 New)
If you run an MSIX file of an already installed package, the only available button is the "Launch" button.   In MSI world, running an .MSI file of an already installed setup provides options for repairing and uninstalling. I would expect the same set of options to be available in the MSIX app installer, possibly in a dropdown menu in the right bottom corner (three dots or a gear icon). This would make some quick MSIX tests faster (no need to dig through Start menu or Programs section if you are just playing with a particular MSIX file) and - as outlined before - it would make it a bit more consistent with the Windows Installer behavior. ... View more
0 Upvotes
Add upvote

Status: In the backlog
Submitted on ‎Jun 04 2019 06:30 AM Submitted by marcinotorowski on ‎Jun 04 2019 06:30 AM 2 Comments (2 New)
Currently, there is no way to extend the original application by for example adjusting the shortcut parameters or changing the application to target PSF launcher to inject custom fixups and other stuff. Ability to override the original shortcut would be required for IT Pros using Modification Packages to deploy and customize their software.   Use case: MSIX package is available as an official installation media from the software vendor Enterprise would like to customize the app by calling some first-launch-configuration script, or injecting a custom logic to be executed The proper place for both would be to use PSF framework by re-targeting the original shortcut to the launcher, and have JSON file do the rest. The above may be achieved only if the original package uses PSF. In this case, the user can try to override the original JSON file so that it gets applied instead. However vendor packages will only use the PSF in case of known compatibilities which were not resolved in code, so it is very likely that the package does not use PSF Launcher. As a result, the author of the Modification Package is unable to achieve the above, because at the moment MP do not provide any kind of functionality of overriding the original shortcut (they have no entry points as a matter of fact). The workaround is to repackage the original MSIX, add any existing modifications and re-save it using own signature. This on the other hand breaks the identity and future updates. The suggestion is to implement a possibility to define entry points, which - in case of modification packages - override the base ones. ... View more 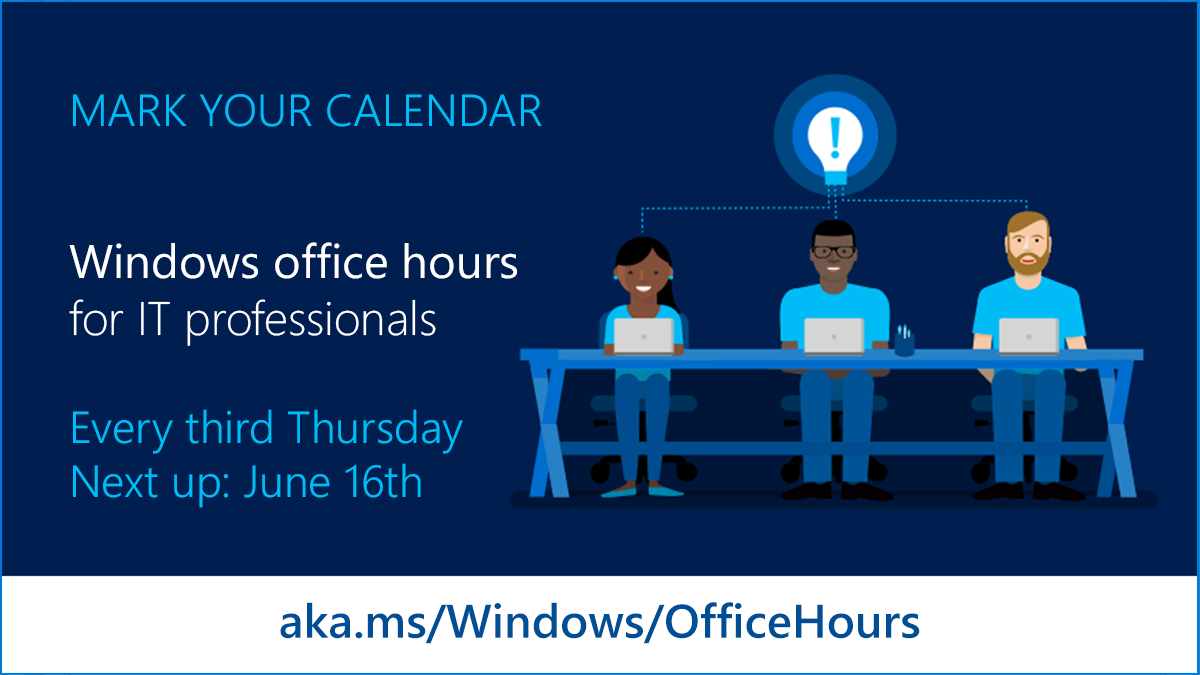