So i started to make an .appinstaller file which contained the <Dependencies> element so that the installation could first install the dependency, and afterwards the main MSIX. Inside the element, the URI is set to an UNC path.

When i try to install the package via the .appinstaller file, the following error occurs: 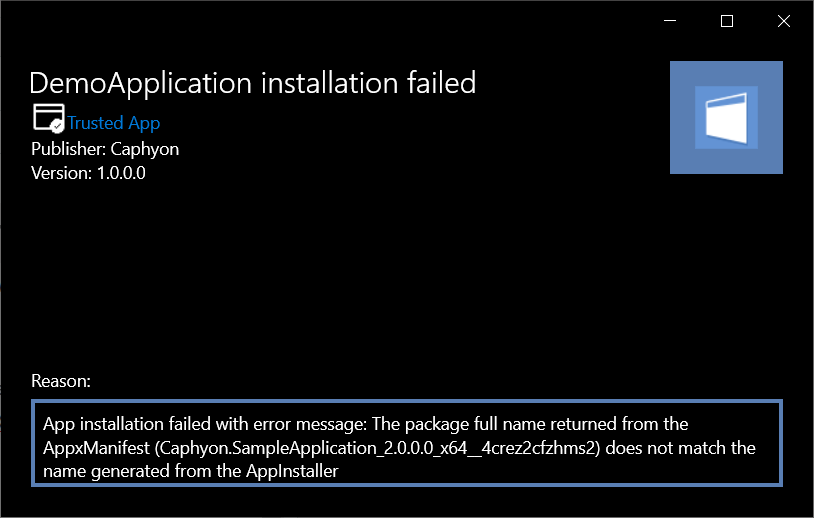 Looking through the docs about this, i can see that my package name is declared correctly. However, my appinstaller file was missing the dependency ProcessorAchitecture, which was X64 (in some cases, i see that the AppInstaller is looking for the _native version by default).

After placing the ProcessorAchitecture to X64 in the .appinstaller, i tried the installation again, but this time with the following error: 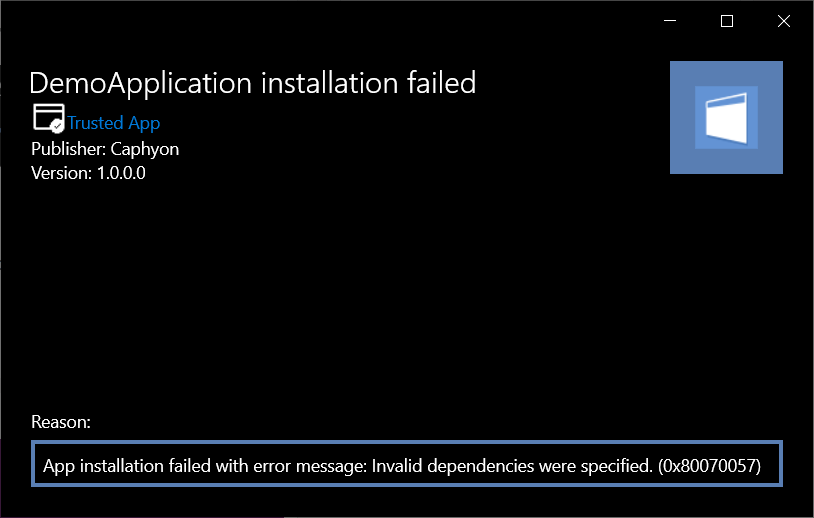 I then went and manually tried to install the dependency first (from my local pc), and then the MSIX package (without the .appinstaller file).

But when i try to install the main package it appears it doesn't detect the dependency: 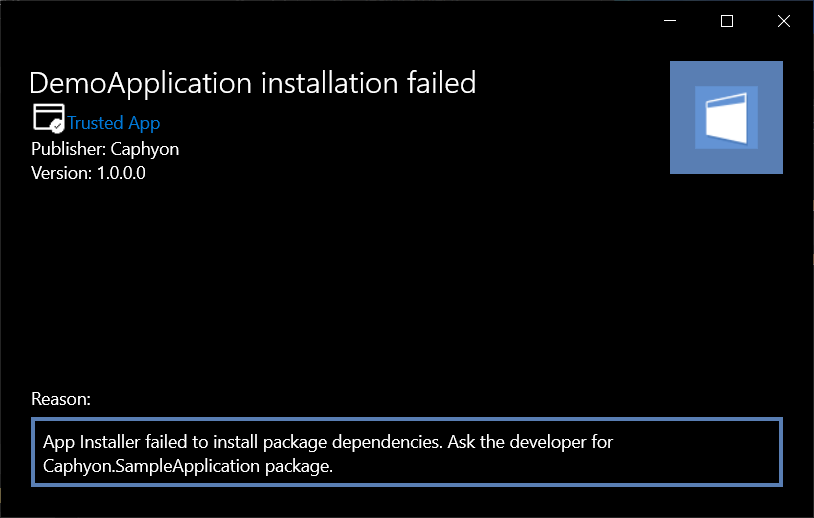 The dependency has a publisher specified and it's signed, so it doesn't fall in the framework category, and the dependency version is equal to the minimum version specified here.

I couldn't find any additional error codes other than 0x80070057, which is specified here that:

"One or more arguments are not valid If you check the AppXDeployment-Server event log and see the following event; While installing the package, the system failed to register the windows.repositoryExtension extension due to the following error: The parameter is incorrect.
You may get this error if the manifest elements DisplayName or Description contain characters disallowed by Windows firewall; namely | and all , due to which Windows fails to create the AppContainer profile for the package. Please remove these characters from the manifest and try installing the package. "

Am i missing something here?

Would you please share your *.msix applications that are causing this error.

I've placed the msix packages and appinstaller file in a zip and uploaded it here.

The dependency field is similar to the appxmanifest and intended for framework packages.  Looking at the files it appears you are trying to leverage the dependency field to chain install multiple main msix packages, which is invalid for that field.

MSIX: How to achieve automatic install of .net 5 required for my application?

MSIX will not launch run on user login using windows.startupTask in manifest on some devices.