[Guest Blog] My Mixed Reality Journey: How I Became an Enterprise XR Lead

This article was written by Windows Development for Mixed Reality MVP Alexander Meijers as part of our Humans of Mixed Reality Guest Blogger Series. Alexander is also the Founder of the Mixed Reality User Group and GlobalXR.Community. He shares about his path to mixed reality, and where he sees the future of MR headed. 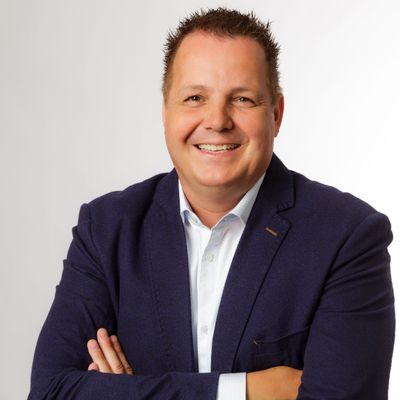 A not so long time ago if you had asked me what I was working as, you would be surprised. It had nothing to do with mixed reality. Back then, I had never owned a virtual reality headset or posted anything around those subjects. My professional life plainly revolved working as developer and architect for projects built on top of SharePoint and Azure. I’m not saying that I had a boring job. Far from that if you look at all the interesting projects that I had the opportunity to do. That said, it is nothing compared to all the cool things I get to do with mixed reality nowadays.

It all started around 6 years ago…

About 6 years ago, one of the CEOs of the company I worked for decided we needed to have a Microsoft HoloLens. The device started gathering dust on one of the shelves for a few weeks after our marketing team was done exploring it. Since I knew the person responsible for the device, I asked if it was ok if I borrowed it for the weekend.

"Definitely. Not a problem!"

That Friday evening, I came home with a Microsoft HoloLens. The first thing do when you get a HoloLens is to of course try out all the apps available in the Windows Store. While there were not many applications available at the time, some games were.

I found a game called Fragments. I started the game. It began with scanning and understanding the room. After that, the first holographic scene was loaded. My living room instantly transformed into a shed with water dripping through the roof. I got shivers all over my back. Never, ever had I experienced something like this. It was mind-blowing! The scene went on, and I was just in awe of the game and graphics. In the game, you were an agent who was able to see what had happened just before someone was murdered. During the game, you came together with your team - your virtual team. Depending on where they were standing, sitting down, or leaning against the table, they showed up differently in my physical space. The thing which I remembered most vividly was that one of the team members (holographically) sat down next to my girlfriend on the couch.

That night, I almost finished playing the entire game of Fragments in one sitting. I was captivated. 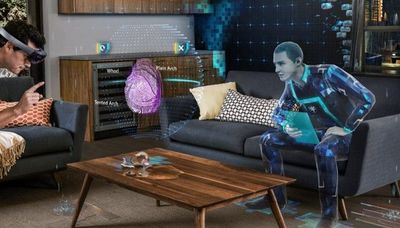 That was my first moment of a true immersive experience using a mixed reality device - little did I know that it would dramatically changed my life (and career path)!

I immediately knew that I wanted to start building mixed reality apps for Microsoft HoloLens. But how do I start? Where would I begin? What do I need? I was experienced enough with developing code. But to build something for mixed reality, you needed Unity. Unity? Never heard about it.

That weekend I installed tools like Unity and the mixed reality toolkit which was then called HoloToolkit. And I got to work building my first app. The app enabled me to create basic objects in the room and interact with them. It was simple but got me hooked to do even more. That Monday, I went back to the same colleague responsible for the HoloLens device and asked if it was OK for me to take the device back home every once in a while.

The end result? I had the device with me every day. I took the device everywhere. All of my friends, family, colleagues and even clients tried it, much to their wonder and delight.

Building something from nothing

Imagine being the only person within the company who understood the potential of this device helping our clients further. The company's focus was mainly on SharePoint, Office 365, and Azure. As a result, I always got a lot of remarks about being in my own virtual world or jokes about me doing funny stuff with my hands, looking at virtual things which nobody else saw. But all those jokes didn’t put me off or bother me. In fact, it only encouraged me to move further with mixed reality and to show them the power of this technology and its potential very soon. It really helped that both CEOs and our marketing team understood the importance of this.

Within two years, we had a mixed reality department focused mainly on mixed reality implementations using Microsoft HoloLens. While we started out only doing some small Proof of Concepts, we eventually got pulled into two large projects which I’m proud of.

The first project was optimizing the process of deck marking. The client moved large construction structures on ships. These construction structures could not be placed directly on the deck plates and required an underlying platform comprising steel bars and/or plywood. Normally, an engineer would have to go onboard the ship and create the underlying construction based on drawings of the deck. This process could in some cases take up days or even weeks to complete. We built a mixed reality application which was able to project these underlying construction structures on the deck, allowing the engineer to finish his work much more quickly. The application was a hybrid mixed reality solution integrated with Office 365 for managing the drawings.

The second project was at a client who places scaffolding at their clients. These scaffoldings were large and can go up to heights of 100 meters. The developed mixed reality applications helped the scaffolders to place the base of the scaffolding at the right position to prevent mistakes which might occur after reaching heights of tens of meters in the air. This last project got us as organization into the HoloSuite at Microsoft: A 360-degree experience room at Microsoft Netherlands which allowed us to give inspirational sessions to clients around mixed reality, artificial intelligence, cloud, and security. Something I’m really proud of!

With the COVID-19 pandemic, it became somewhat more difficult to have these meetings. We then moved to online meetups. We held Global XR Talks - a monthly event with speakers sharing topics around virtual reality, augmented reality, mixed reality, and Web XR. Afterwards, we would virtually meet up in AltspaceVR. We also started with an annual event around the same subjects called the Global XR Bootcamp. That went on to become a huge success last year with over 50 sessions, workshops, and community meetups in 24 hours. 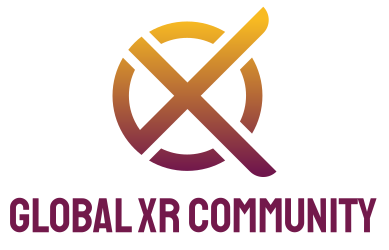 I've always said that building a great mixed reality solution is only spending 40% in Unity while spending the other 60% in building services around it. Since I have a strong knowledge base and foundation around Microsoft 365 and Azure, this helped me to think outside of the box. Secondly, my focus went more and more towards extended reality which also incorporates virtual reality and other devices. Building large-scale solutions required us to work with more enterprise organizations with a larger IT infrastructure and back-end systems like Dynamics 365 or other similar products.

In 2020, COVID-19 dramatically impacted the lives of everyone - including me. The organization that I worked for at the time somehow decided that mixed reality was not the direction that they wanted to move into. I thought it was a huge mistake and did not agree with that approach. I had other ideas about it and wanted to keep on doing what I was doing since it was my passion. I then decided that I would look for another organization to work for - one that truly believed in the power and potential of mixed reality like I do.

That organization - for me at least - turned out to be Avanade. I started as a Global XR Tech Lead in the organization as part of the Digital Sales and Services Center of Excellence team. This happened about 6 months ago and completely changed my life. Suddenly, I was working full-time on extended reality projects for large global clients, implementing Microsoft first-party apps such as Remote Assist and Guides. I had the chance to work with large enterprise organizations on various levels, and it was so refreshing. I got to expand my scope and started thinking more about security, scalability, compliancy and adoption.

In my first few months, I also got involved in internal projects to build accelerators using technology like Microsoft Dynamics 365, Azure Digital Twins, Mixed Reality and Azure services, and more! My team is situated across the globe at locations including North America, Canada, Europe, and the United Kingdom, and while it sounds challenging, they are all like family to me. My mixed reality family :) 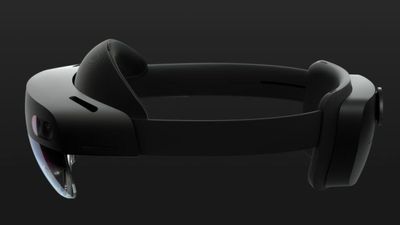 These last 6 months have been a rollercoaster ride, and I mean that in a good way. It has allowed me to grow even more and become more enterprise-focused.  I feel lucky to move into an enterprise role like this just at the right time. If you had asked me 5 years ago whether I would have chosen a role like this in a large enterprise, I would have probably kindly declined. It also comes with some benefits - while I already had a good contact with a lot of people at Microsoft, nowadays at Avanade I also have the opportunity to get involved in private previews of products and have informal sessions with product teams on regular basis. It also pushed me more in front of sales. While I already had some sales experience in my previous jobs, it feels somewhat different at this level. Not one day goes by that I don’t learn something new. And that is good.

Being in my role as it is now has changed my life. Believe me - extended reality will become commodity within the next one and half year. Not only that, it will become an integral part of everyone’s professional as personal lives. Just watch.

I’m so happy to be part of the mixed reality journey, and hope you will get to experience the same!