Turn on suggestions
Auto-suggest helps you quickly narrow down your search results by suggesting possible matches as you type.
Showing results for
Show  only  | Search instead for
Did you mean:
Introducing HoloLens 2 Mixed Reality Production for Unreal Engine
By 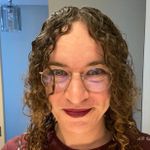 We’re proud to announce HoloLens 2 Mixed Reality Production for Unreal Engine, a free course built in collaboration with our friends at Epic Games. You don’t need to already know how to use Unreal Engine or develop for the HoloLens — this course will take you from zero to expert! It covers every topic you’ll need to know to build complex full-featured AR apps, from gestural controls to mapping the 3D world around you using mesh tracking and Azure Spatial Anchors, all using Unreal’s Blueprints system rather than requiring you to write C++ code. While the course will help you get a HoloLens 2 device set up for development if you have one, you can also use the HoloLens Simulator or the Unreal Play in Editor feature without needing an AR headset.

Today, we’re excited to launch the first four courses of the learning path.

In “Gaze and Head Interactions”, you’ll learn all about the HoloLens’ gaze and head tracking capabilities, and explore best practices for designing experiences that use head and gaze position. 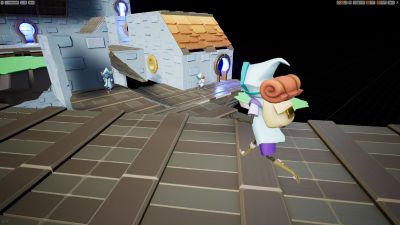 A sample app you’ll be building with a 3D world

In “Incorporate Hand Interactions with UX Tools”, you’ll learn how to integrate hand tracking into your apps, including complex manipulation of objects in your scene with tricks like snapping to a world mesh. 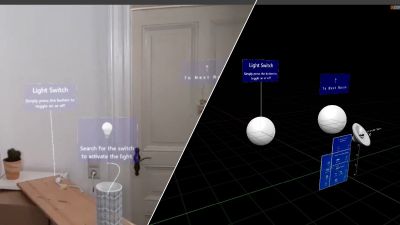 Designing interactions that use the real world

There will be 7 more courses coming soon covering more advanced topics like world mapping, spatial audio, voice recognition, performance optimization, and multi-device networking, but these first few courses will give you a solid foundation to start building exciting experiences for the HoloLens with Unreal Engine 4!

The course is completely free and available here.