Hi, we have an issue that is a pain to pin point as it is really intermittent, it will effect one or more of my users each day but attempts to replicate it consistently have been less than successful on my end. Users start a Teams video call and are greeted with an image similar to the attached, the image seems slightly overlaid with a shift in the red and blue colours, there is also usually a green bar highlighting the bottom 10% of the video display.The more users in a Teams call, the more likely this display issue is to appear. 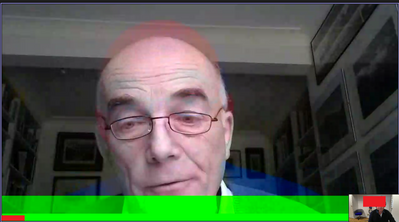 I have had this issue myself on some calls, both as a presenter and as a participant. restarting the call will usually remove the issue but other times it wont.. Any idea what is causing this and how I can stop it?