I just set up my first MS Teams Event, got the link, sent the invitation to the attendees and then realized, "Hey! I never got a chance to designate Presenter / Producer roles." I think my master meeting is now sent with a whole bunch of Presenters and just one Producer - me.

Is there any way I can go back into the appointment, without canceling and starting over, to reassign the roles?

Hi, yes you can edit the live event, click the x next to anyone who should not be a presenter or producer, and then click update as shown below; 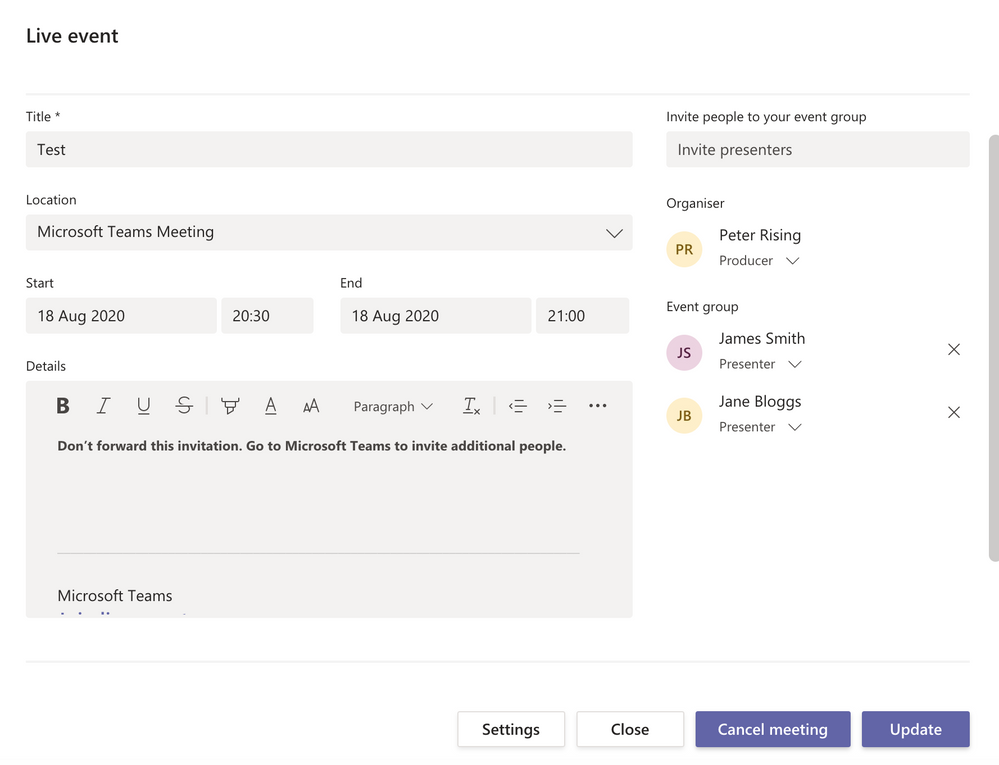 Then grab the link to the Live event and email it out to those people who you want to be regular attendees.

@PeterRising Thank you but Teams Event is not acting as I had expected based on the "White Glove Training" in which I participated last week. I never got the list of the Presenters below my name even though I invited four of my colleagues by adding their names to the Invite people field. Even after saving my event, that part of the form is still blank. 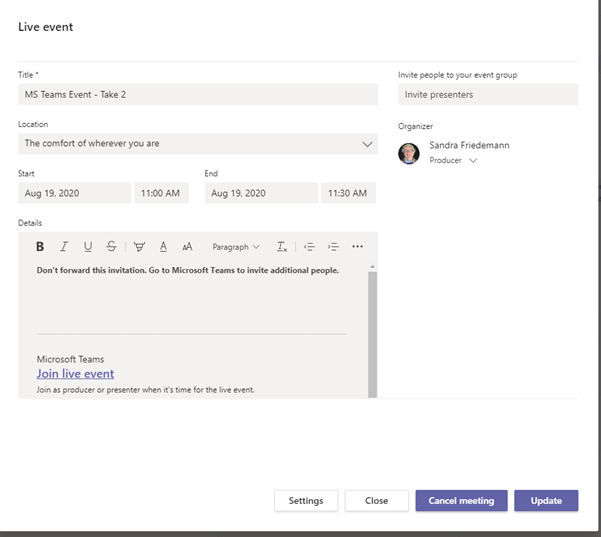 Then, if I do try to add them, I get an error message saying they already have Permission and I need to remove them: 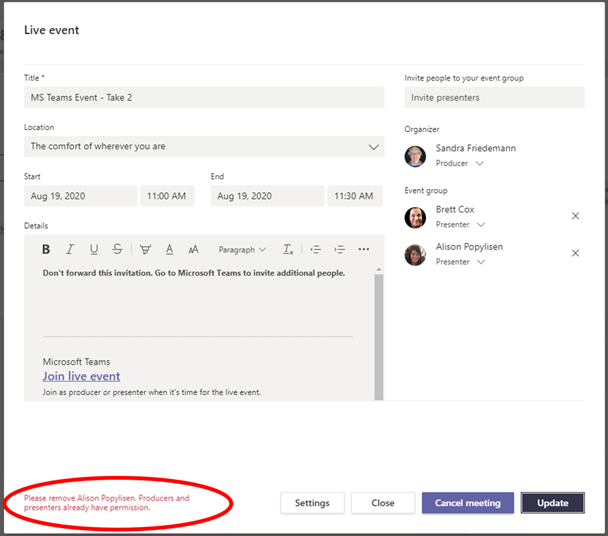 What happens when you click Update on that last screenshot please?  Does it not allow you to complete the process?

If you remove only Alison, and leave Brett as a presenter, does it allow you to proceed?  The error does not mention Brett I notice.

My apologies for not getting back to you last week. RE: the issue last week, I had added both Alison and Brett initially. The Presenters list below my name remained blank. When I tried adding each of them back, I got the error message that permissions had already been granted. I tried twice, and took the screenshot I provided on the second go-round.

Since then I installed an update to O365 deployed through my company's IT department, and am working internally with them on this issue. It appears, based on what I've seen this morning when I set up a test meeting, the problem is resolved. Previously, I would enter the names of Presenters and the list would not populate. Today, after the update, I've set up a test meeting and the list has populated. We're holding a test meeting tomorrow, which I hope goes smoothly.

Thank you for the update Sandra.  I hope it all works good for you now.

How to get the most from Together mode