A first-time poster... be kind :)  I’ve searched the posts and haven’t found a similar complaint, so here it goes…

In Teams (web or app), a OneNote file stored in a Teams channel can be opened successfully using the “Edit in Teams” or “Open in browser” feature of Teams.  However, when attempting to open the same OneNote file with the "Open in app" feature of Teams, the default OneNote app (modern or desktop) pops warning/error messages and fails to open the notebook. 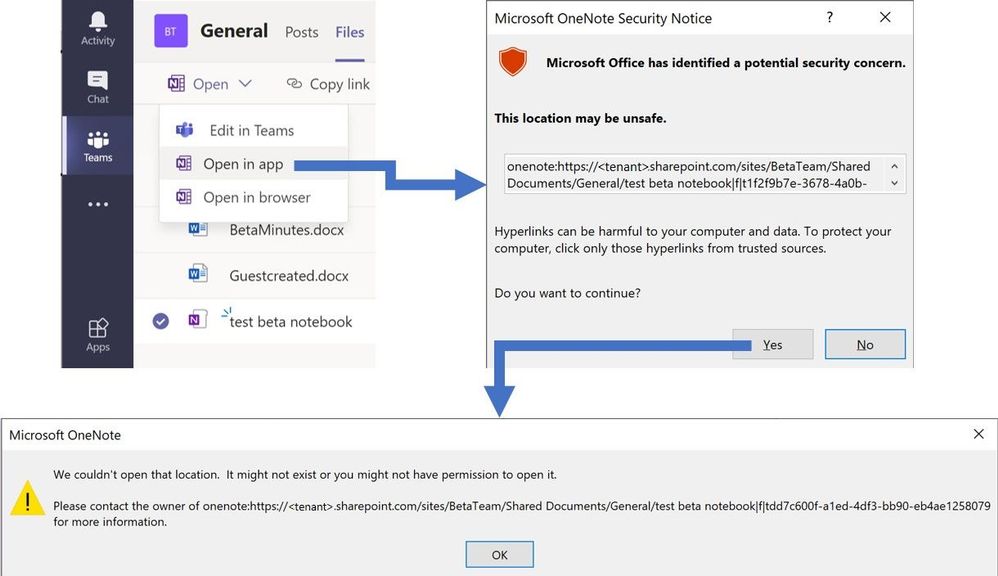 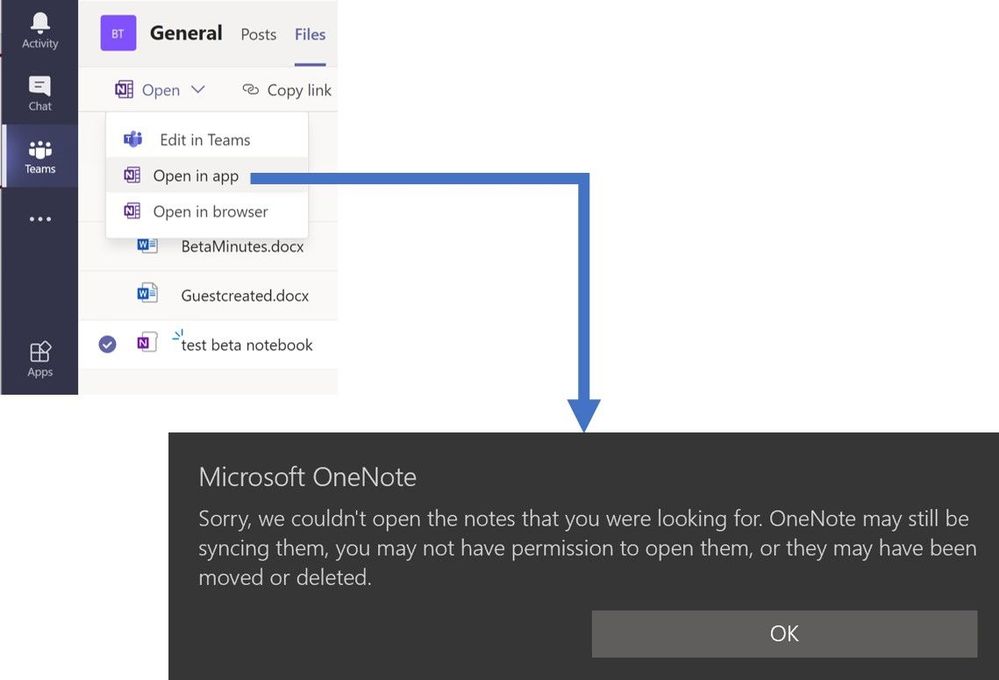 I’m pretty sure this has worked fine in the past, but I can’t provide a specific date when I think it last worked correctly.

Works with other Office files

Word, Excel, and PowerPoint files all open successfully in their respective apps using the “Open in app” feature of Teams (web and app).

A “Tail” of Two URLs

If OneNote desktop is the default app in Windows for the "onenote:" URL, the Security Notice warning message provides the actual URL passed to OneNote. 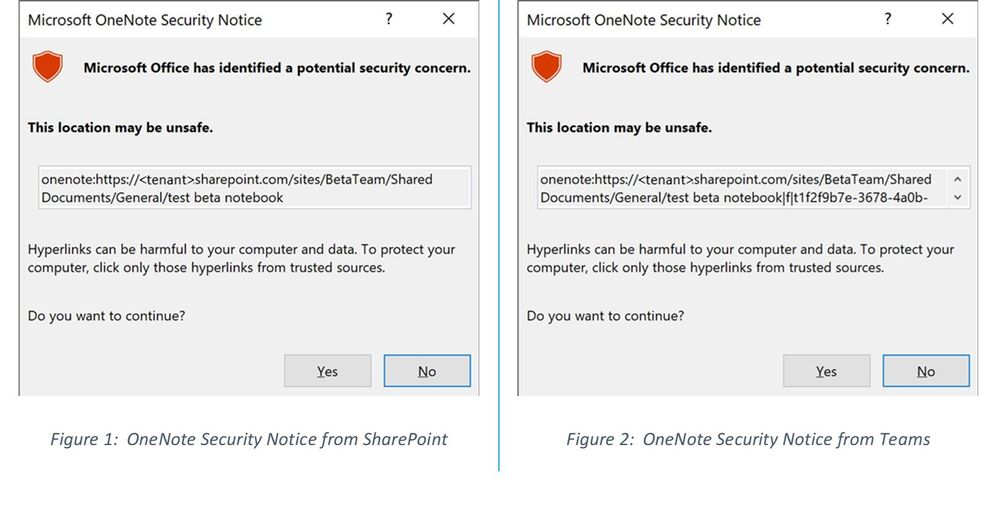 The Security Notice shows that the onenote: URLs used by the "Open in app" feature in SharePoint versus Teams are identical except that Teams adds additional "junk" to the end of the URL.  This “junk” seems to cause the failure.

The example above shows an attempt to “Open in app” the “test beta notebook” OneNote file from the General channel of the Beta Team.  The extra “junk” is shown below in red at the end of the Teams URL (second bullet).

Re: OneNote fails to open when using "Open in app" from Teams

@nduncan I can confirm the same issue, I would suggest getting you admin to open a support ticket.

I've never actually tried that with OneNote, I typically add a tab to my Teams for the notebook, and the 'Open in App' option there seems to work fine.

Re: OneNote fails to open when using "Open in app" from Teams

@Steven Collier  - thanks for confirming its not just me. :)

I do have an open ticket with support, but nothing conclusive so far.

And yes, using the tab approach in Teams for a OneNote is a workaround we're implementing, thanks.