I'm currently facing a wall with a current Microsoft teams issue that I no longer have an idea where to look into when finding the root cause. So in the organization there's an AAD group that is also teams enabled.

Now this AAD group has one user that keeps on getting removed automatically in Teams, when I look at the AAD group logs the initiator name is Microsoft teams services.

I can't seem to figure out the trigger of the removal, teams audit log has already been enabled and looking I don't see any hint that points to similar occurrence as you can see from here.

Guidance would be much appreciated. Thanks in advance. 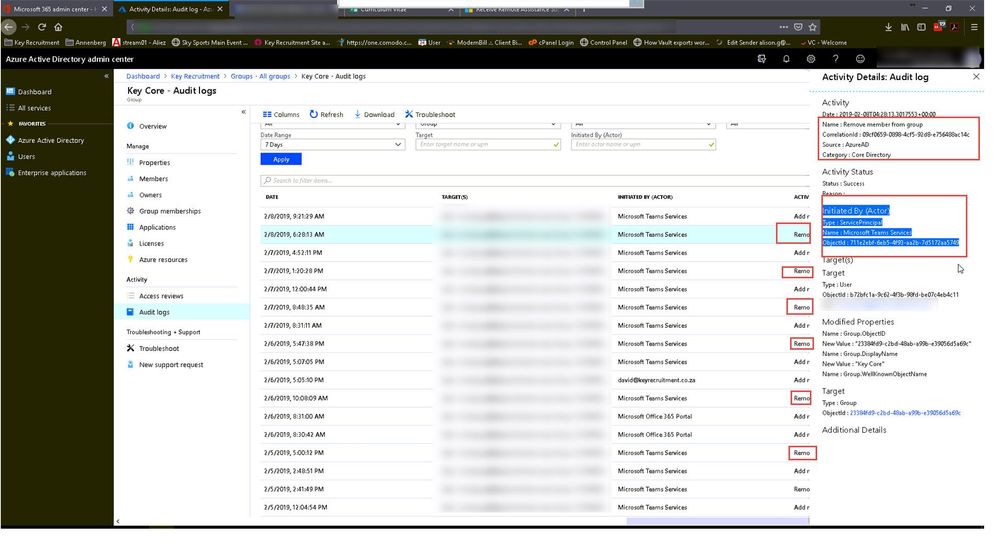 Teams has it's own "eligibility" workflow, which seems to be interfering in your scenario. Most often we see this with Guests, but also with regular user types. And lets not even get started with Dynamic groups...

Open a support case if you haven't already, they should be able to provide you details on why exactly is this happening in your scenario.

@Vasil Michev - thanks for the response. That's the next logical step here. I was scouring the internet and teams documentation pages and can't find any relevant admin guide where to start digging re: this issue.

Hi, did you ever found a solution to this problem, i am facing exactly the same problem..

@royamnai I am getting exactly the same issue.

1st Student faced this issue a month back, I Have raised a ticket to Microsoft, and as usual they people don't have any resolution to it, we have tried each and everything, changing devices, changing internet but no solution over it. finally, student has asked for the refund and we loses his admission.

Now I am getting the same issue with the other student as well. and have no solution to it yet.

Please help if anyone of you have any solution for this.

After few minutes or few hours, these 2 users disappears from the list of users, and on their devices, they don't see the team channel anymore. From their devices they can search for a new channel, add the channel and it works just for a while.

I tried to add them by code, by link, from smartphone, from PC, I place them as user, as manager... but at the end they are just ejected from the team channel.

Can someone help before contacting Microsoft support ?!

What we can read at the top of the team channel user management is  :

"Team members will be automatically added and deleted to resume your active directory."

I don't know what does it mean and if this can be related to the issue. 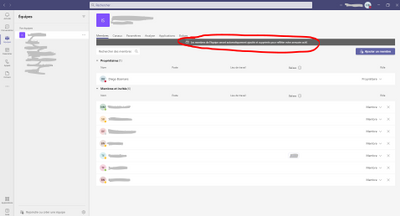 Regarding the message you see, it means the following:

You can now use groups (security or distribution) to manage access to Teams. Using group to give access to Teams will simplify  the user management as it will automatically add/remove users based on the group membership.

When you use group to grant access to Teams, a banner is displayed on top of the users list letting you know Team members will be automatically added and removed to reflect your active directory; the group used is not listed as member of the Teams.