Has anyone else had problems with answering calls from a call queue, especially today? Since we moved calling to Teams a few weeks ago we've had the occasional issue where a call wouldn't be retrieved from the queue when answering on the first attempt (user would hear silence, caller would still be hearing the on-hold music).

Hello@Stephan Swinford ,
We are facing the same issue in our company. Mostly it is 480, but today I found 408.
I'm working with the Microsoft Support on that issue right now, so as soon as we find a root cause and the resolution, I'll share it with the community.

@EzioAuditore  Have you ever got to the bottom of this issue. We are having the exact same issue

Updating that we haven't really had any issues with Call Queues since our tenant was upgraded about a month ago and resource accounts were moved from S4B Admin to Teams Admin.

Our issue was resolved by our third party SBC provider, unfortunately I don't have the exact changes they made on the SBC. But after they traced the logs on the SBC they where able to pinpoint the issue and make the required changes

I've been working on an issue with Office 365 Support where, if a Skype for Business Online user has their line forwarded (say, to their voicemail) and dials a call queue, the agent hears silence and the caller continues to hear hold music. The caller gets a "missed call" notification email and Response Code 480 shows up in the call log.

Can i please get some explanation and information about the things written in the Local State file?
HotCakeX in Discussions on 01-21-2020
437 Views
0 Likes
5 Replies 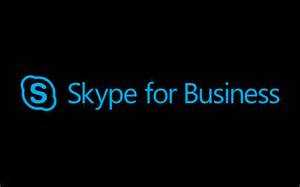