Yesterday at Microsoft Ignite 2018 I attended “BRK2453 - Drive Digital Transformation through Apps in Microsoft Teams” and took some notes as well as photos and videos to share a quick overview with the Microsoft Tech Community. Before the session started I went up to the stage and chatted with Jace Moreno from the Microsoft Teams about what he thought the biggest take away should be for the session. Jace talked about how he really wanted folks to start thinking of Teams as a platform for building out their business on Microsoft 365, and I think this session did a great job highlighting some interesting ways folks are currently using Teams to do new interactions with their users 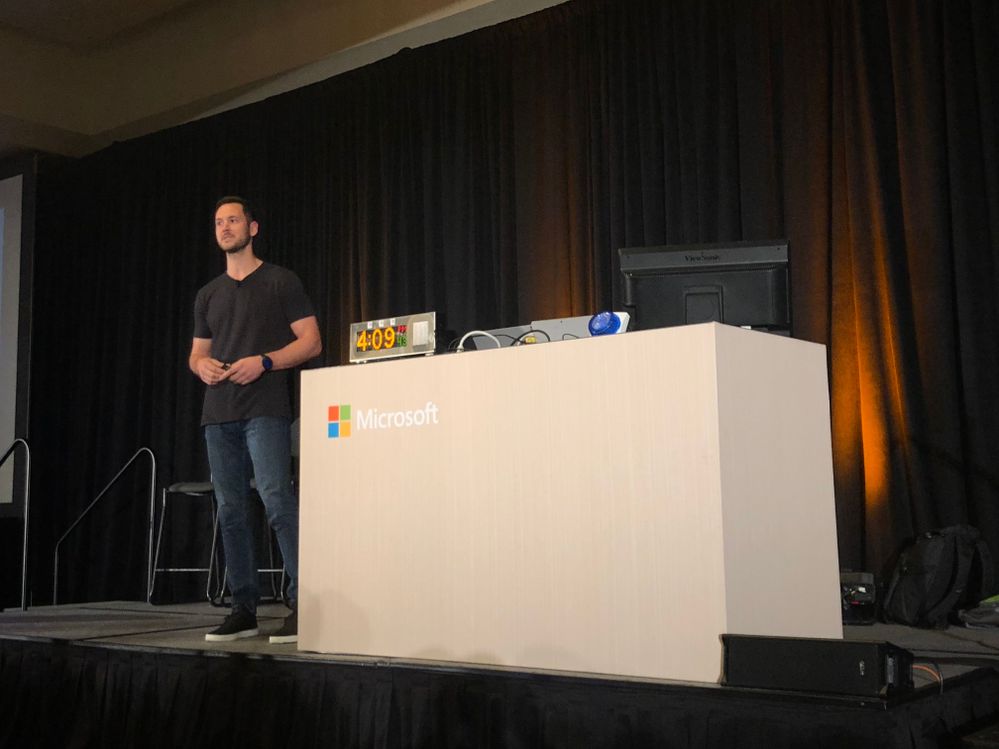 The session started with Jace giving us a tour of screenshots of real-world ways his team at Microsoft uses Teams to get their work done. He was excited to not show off a generic Contoso template with fake information, but he did have to blank out a couple areas of his screen to make sure not to reveal any top-secret Microsoft Teams team information! :smiling_face_with_smiling_eyes:

While showing off his Teams usage he highlighted how he was following specific channels to really focus on the information that is important to his work. From there he highlighted some of the more interesting ways his team was using tabs to bring in useful features of Microsoft 365. 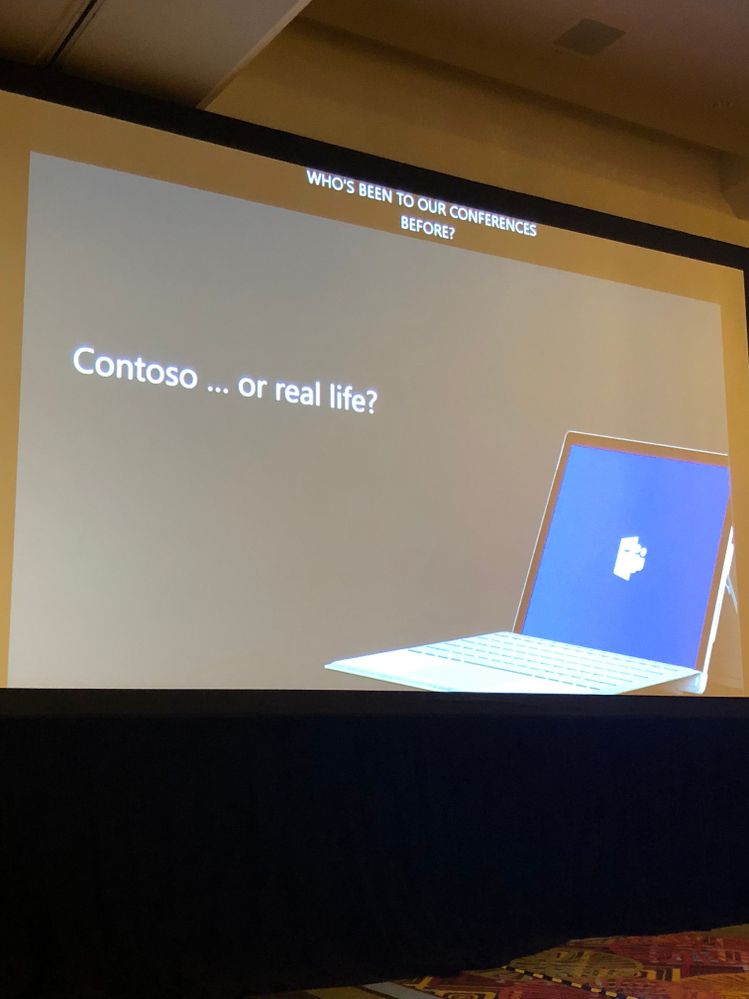 Some of the features they were using in Teams included a Planner tab for managing projects, an external team for sharing and getting valuable feedback from their MVP community (side note: as a Microsoft MVP myself… I love this feature!), a Trello board, OneNote for keeping notes, PowerBI for customer analytics, and even a custom developed internal Microsoft tool for approving expenses. Seeing all these surfaced quickly in his Favorites showed off the power of Teams for keeping one focused view of his work world. 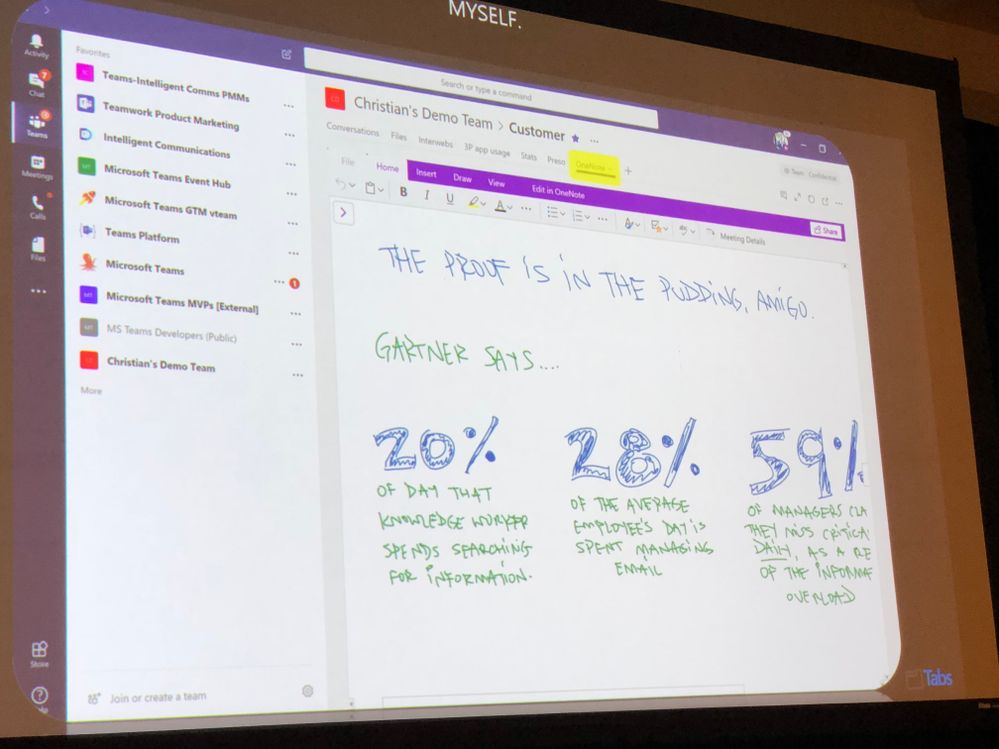 Andrew Bybee from Microsoft brought up Kranthi Chiluka from Accenture to demo a universal assistant they have created for their employees to use to interface with ServiceNow for internal support. By leveraging Teams, they were able to consolidate their support services into a single point. They demoed their app and used it to request a new laptop from their internal purchasing process. Andrew then reviewed some of the new features in Teams like Personal Apps, Teams App Studio, adding apps to private chats, bringing SharePoint into Teams tabs, and lastly a new Rich Model Canvas for showing Cards in context. 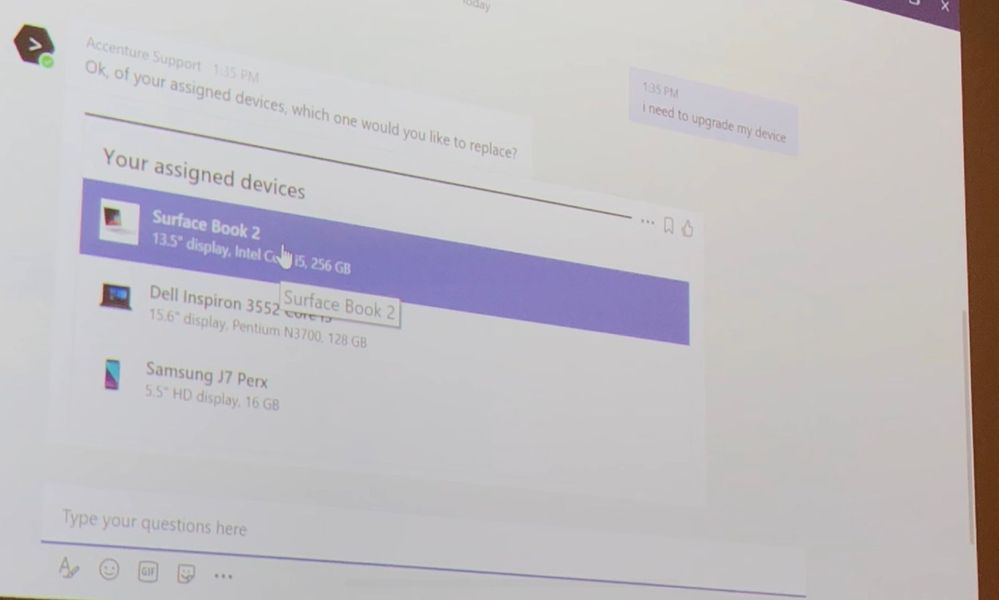 Next, Andrew brought up Chris Gubata from GE to show off how GE created their OneGE Search & Eddie News system in Teams. They demoed an app that gets 400k daily hits and allows users to find relevant GE news and push it out to wider audiences via sources like LinkedIn. Andrew then talked about how the Microsoft Graph is really the API that connects to everything in Microsoft 365 and how bots and cloud services could leverage the Graph. 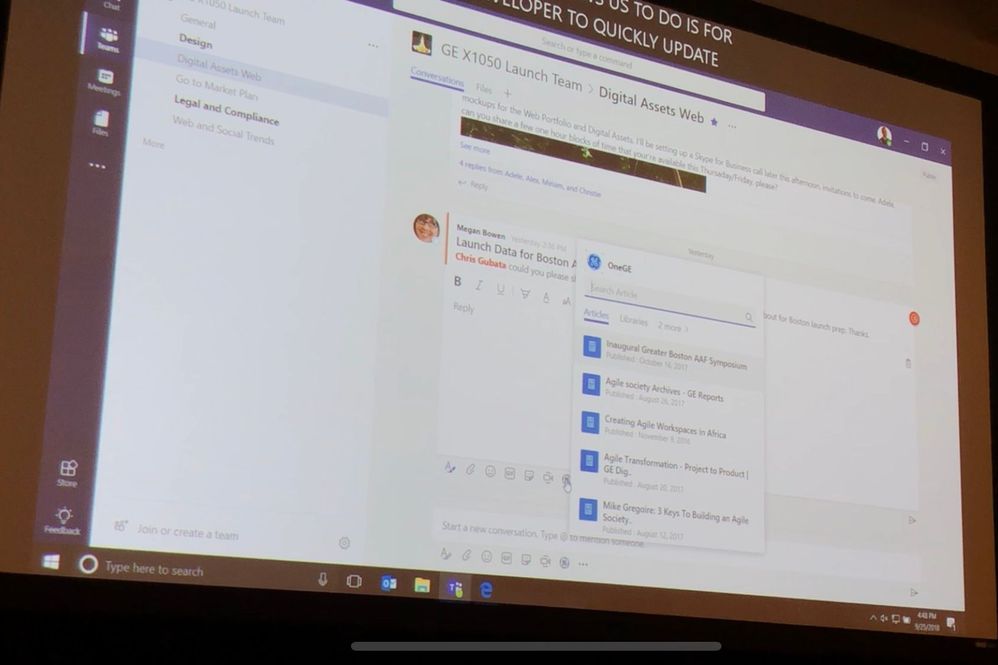 After that, Andrew brought up Ryan Fowler from Singlewire to show off how they integrated their Informacast alert system into Teams. They showed a cool demo where the audience was able to text a service and subscribe to severe weather alerts and then from Teams Ryan was able to send out a mass weather alert to all devices that had subscribed as well as send a visual and audible alert from hardware devices he had on stage. Lastly, Andrew talked about how apps can be enabled by IT pros and end users using the store and how the Office 365 Admin Portal can be used to control and analyze app usage and then he showed off highlights of Teams features that are available today. 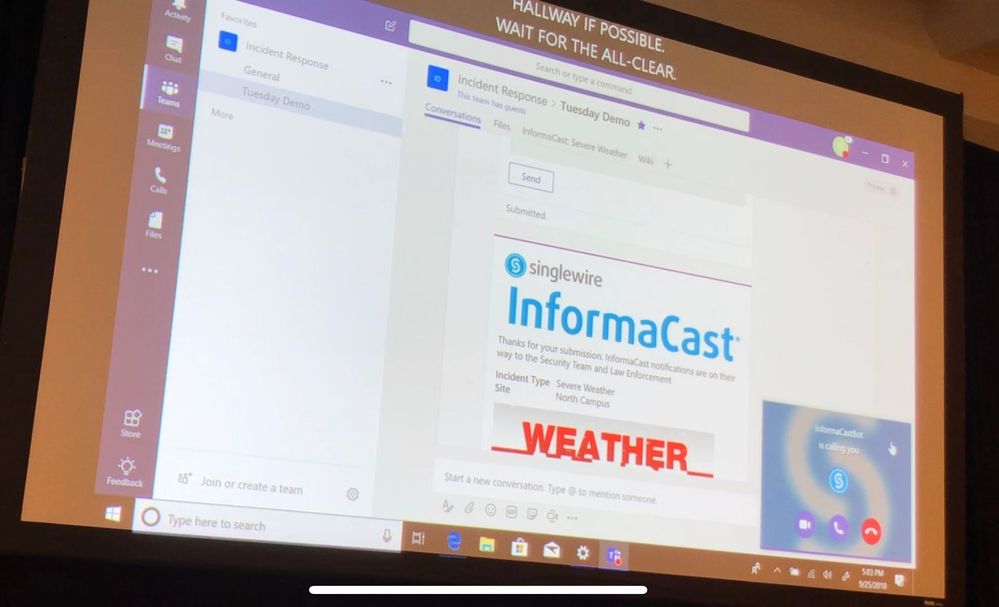 View the recording of this session, here: https://myignite.techcommunity.microsoft.com/sessions/65534?source=sessions#ignite-html-anchor