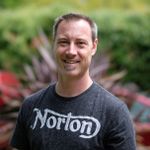 Are you wanting to use Microsoft Teams for conferencing but get stuck because maybe you have invested in Cisco/Tandberg, or another 3rd-party video solution? Don't sweat it, Srividhya Chandrasekaran broke down the wall in her session on connecting Microsoft Teams to 3rd-party meeting room devices with Cloud Video Interop (CVI).

Here's a quick photo taken during the session with Office Lens to show an example of the Polycom solution: 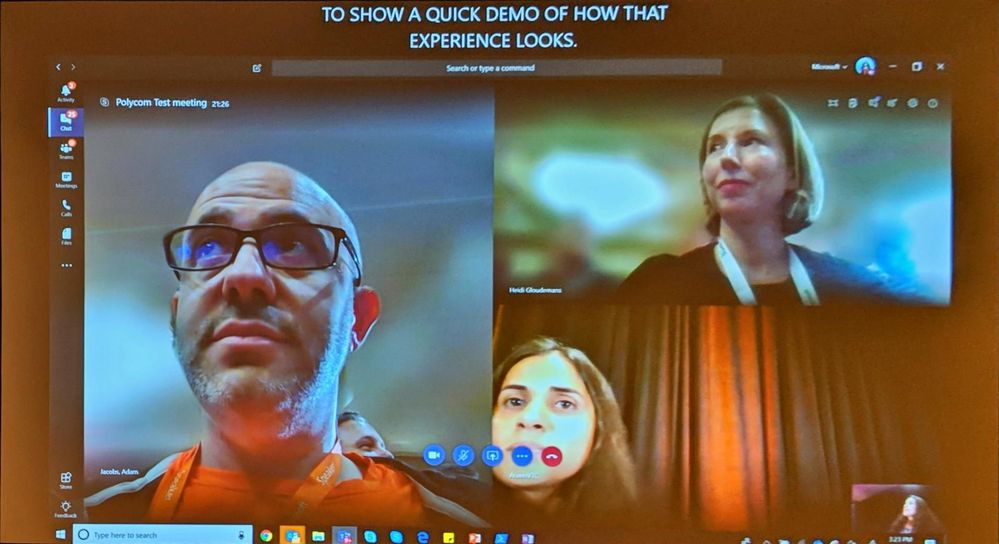 When looking at Microsoft Teams for conferencing, one of the major blockers has and is that Video TeleConference (VTC) systems and rooms are expensive to upgrade. Microsoft's release of CVI solves this issue by providing a way for 3rd-party meeting rooms to join Microsoft Teams meetings. One thing to clarify, this solves the issue of having a 3rd-party VTC join a Teams meeting. This DOES NOT enable a Teams client to join a 3rd-party MCU.

In addition to the expense of upgrading VTC's, some other challenges that were pointed out were:

Before you get started, it is important to consider the business impacts to your VTC's. If you only have a small handful of rooms, you may be better off simply upgrading to a Microsoft Teams native solution. Srividhya brought up many great Key Business Considerations during her talk such as:

After reviewing the business cases and deciding to move forward with CVI, it's important to know how it works. From Srividhya's presentation, here is a quick reference architecture: 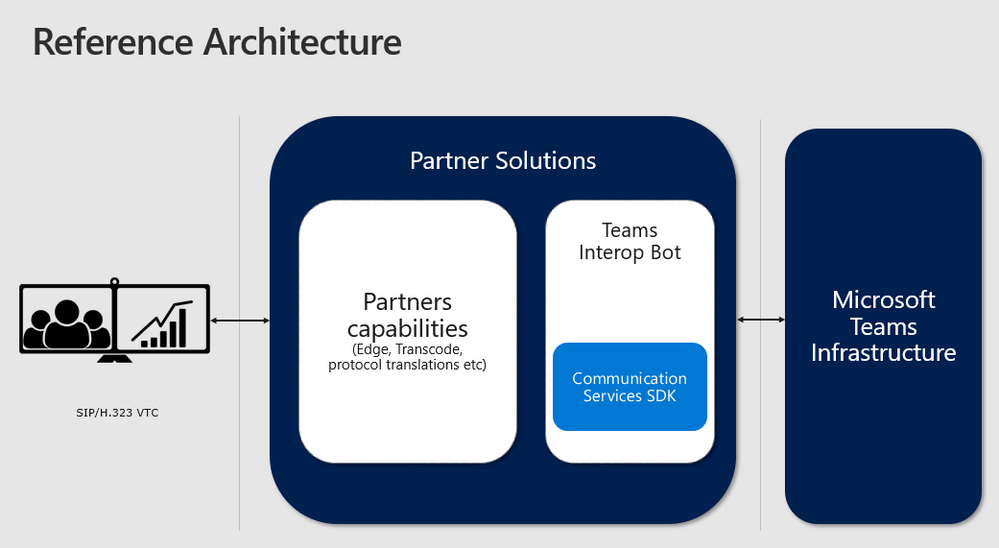 A key takeaway is that the CVI providers are using a Teams Interop Bot to connect to the Microsoft Teams Infrastructure. This just goes to show how Bot's are going to impact our future with Microsoft Teams.

At the end, we were given a guide for how to get started with CVI: 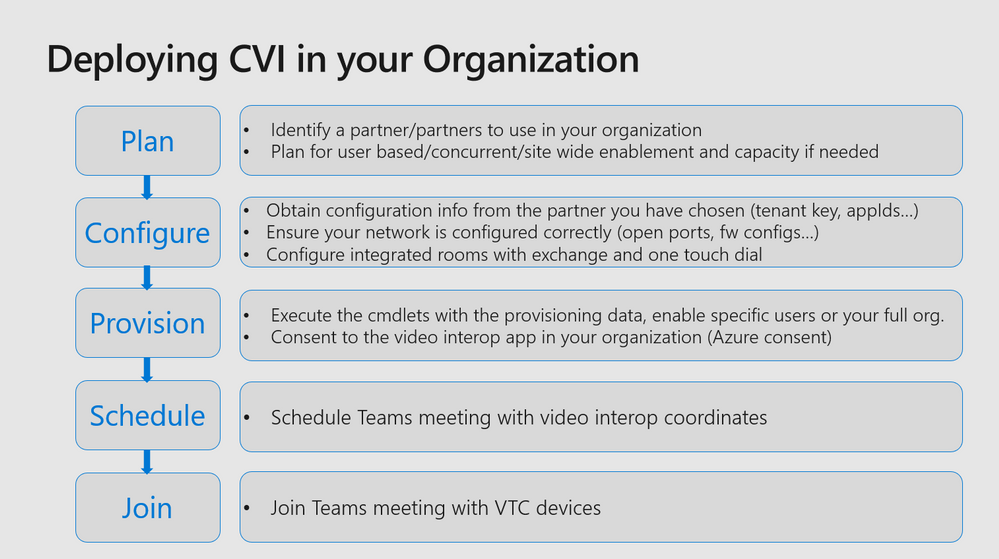 With CVI, you get the security of knowing that the solutions are certified and supported by Microsoft because they were co-engineered with Microsoft. They are Enterprise Ready with HD Video (1080p) and Content Sharing via Video Based Screen Sharing (VBSS). CVI includes support for H.323 and SIP and is a gateway design instead of the traditional Virtual Meeting Room (VMR) type of solution. Lastly, because of the way it is architected (see the reference architecture above), it scales for the Cloud.

Here's a quick link to the session on the Ignite website.