Will "Teams" mature the chat channel so it can better hold discussions and topic tags?

Will "Teams" mature the chat channel so it can better hold discussions and topic tags?

I have been working with persistent group chat since 2002 and social collaboration tools since 2008/9. Yammer is basically social collaboration and supports a less frenetic mode of conversation - conversation which is more "considered" and often results in discussion which flows.  Teams is based around persistent group chat and supports a more time-sensitive style of conversation. Teams can feel noisy and not very relaxed or considered.

Teams is becoming the primary vehicle which Microsoft is promoting for group (team) collaboration.  However, the importance of small and focused community group collaboration appears to be dropping off Microsoft's radar screen.  There are important scenarios e.g. where a smallish group of staff need to work through and discuss the "way forward" - In this kind of scenario they form a kind of steering group or team but their mode of working is more discussion based and is about considering ideas and options.  Microsoft Teams does not support this mode as well as Yammer.

Yammer pre-release of Teams was promoted for this kind of scenario.  Now the focus is on the technology and getting Teams established for the team scenario.

My concern is that a gap will open up unless either Teams gets some of the discussion functionality in Yammer (e.g. topic tags and better display of things like youtube links).

Will community like teams and group work in Teams or will Yammer rollout plan complete (e.g. all files in Yammer are stored in SharePoint) so that Yammer remains supported for discussion focused groups whatever their size. 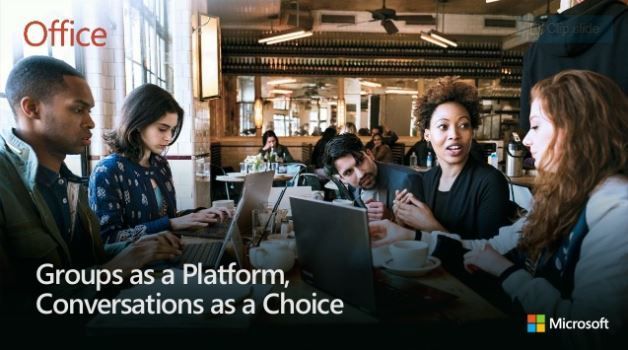 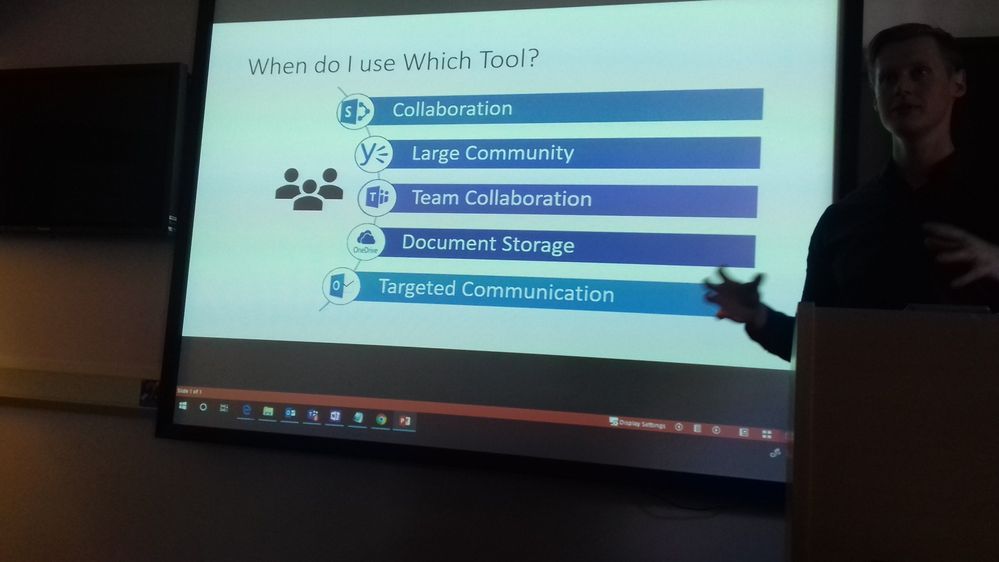 RE: Will "Teams" mature the chat channel so it can better hold discussions and topic tags?

I got 58 view and 3 likes by 57 minutes into the AMA session - but no response from Microsoft staff :\

But then after promoting my post through posting this comment I got a nice response from @Lorraine Wong :)  Thanks!!

Inner-outer loop idea works most of the time - but doesn't really cover groups which are about learning - groups which are sort of outer loop - but the people are inner loop.  Yammer is good for this.  This is what I'm getting at above. 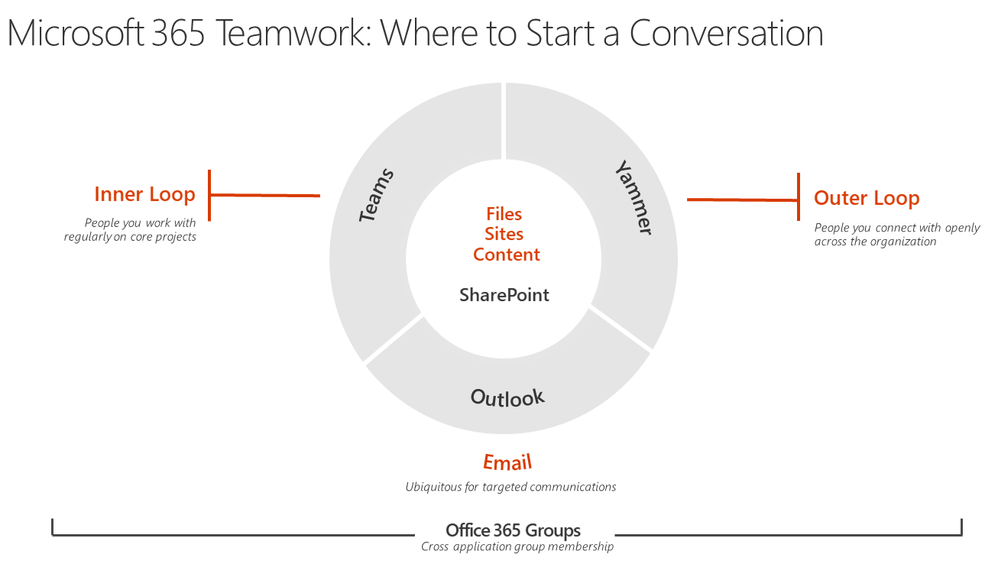 Re: RE: Will "Teams" mature the chat channel so it can better hold discussions and topic t

Are you also asking for clickable hashtags?

If Teams and Yammer both exist (which they do) does that meet your requirement?

Thank you for the detailed feedback!

Hashtags is something that's currently on our backlog. Unfortunately do not have any other details to share at this time.

For better rendering of Youtube links, please use our Youtube Extension. You can find Messaging Extensions in the 3-dots menu underneath the compose box.

Re: RE: Will "Teams" mature the chat channel so it can better hold discussions and topic t

There by hangs a tale...

Office 365 is Microsoft's digital workplace offering - one that needs to be integrated.  Different teams in Microsoft contributing to Office 365 need to be very joined up otherwise the user experience will suffer.

@Tom Arbuthnot - I'm saying that Microsoft is pushing Teams for the "inner loop" but then because Microsoft is so excited about it - it starts using it for outer loop groups and sharing the advice that Yammer is just for large organisational groups and organisational networking.  The very important scenario of smallish discussion and sharing group is no longer mentioned.

So that means can those kind of groups be accommodated in Teams with an improved flow to the way the chat works?  If not and Teams remains as the tool for inner-loop teams(people you work regularly with on core-projects) - then please can we have confidence that the outer-loop tool (Yammer) will continue to be supported for inner-loop discussion that is not like the frenetic chat which takes place in Teams.

My sense is that the focus has moved from "what is your preferred group conversation style" to "who are you working with - inner-loop or outer-loop colleagues?".  If that is now the clear defining principle then Teams needs to work for inner-loop folks who want a gentle asynchronous discussion rather than a timely team chat.

@Lorraine Wong and others - I will share some work I did almost 4 years ago - with some credit to @Michael Sampson or @Michael Sampson [https://michaelsampson.net/] - this was about the different types of collaboration but written without reference to any specific technology. 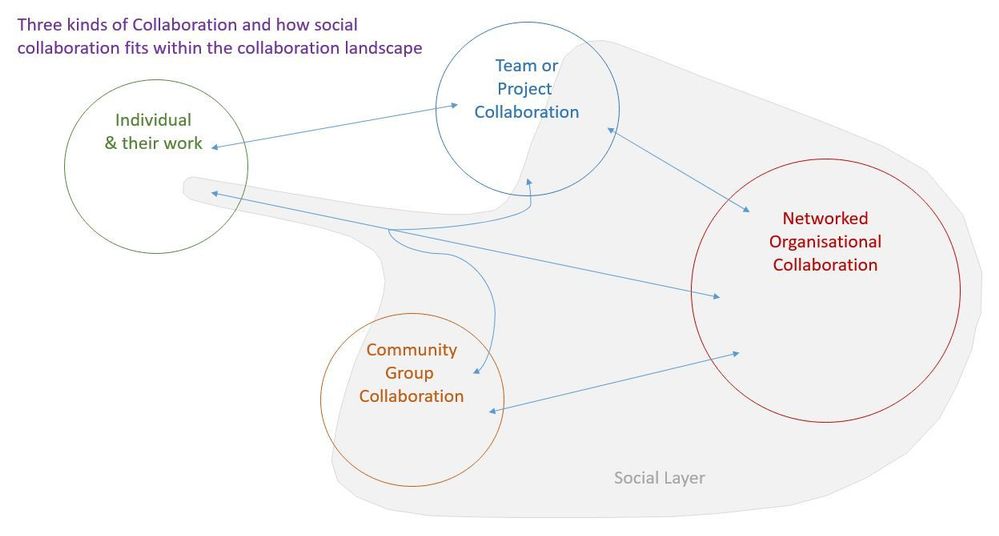 In this diagram (and see attached ppt file)  Microsoft Teams provides what is needed for the blue circle, Yammer provides for the red and the orange circles and Delve and office graph surfaces the grey "social layer".

The individual and their work green circle is provided by the desktop apps or mobile apps that enable the individual from the comfort of their office, work desk or wherever they locate - to be present and engage with the team, group or organisational collaborations as if they are present there.  The "social layer" is the way that the individual gets visibility as to what is going on and what is important via the likes and comments etc from workmates