Well, there are few knobs available that you can leverage, including a tool called “DP Job Manager” which ships in our System Center 2012 R2 Configuration Manager Toolkit .

In this blog, I will talk about what we do within the product, as well as show some settings that you can leverage to fine tune or control how effectively the content gets distributed to your distribution points.

You can define priorities for various objects. Because of this, the word “priority” has become overloaded and perhaps a bit confusing. I will try to call out all the “priorities” here.

Note: By default all packages are assigned “medium” priority.

The following picture shows a screenshot of how you can configure package distribution priority from the System Center 2012 Configuration Manager administrators console. 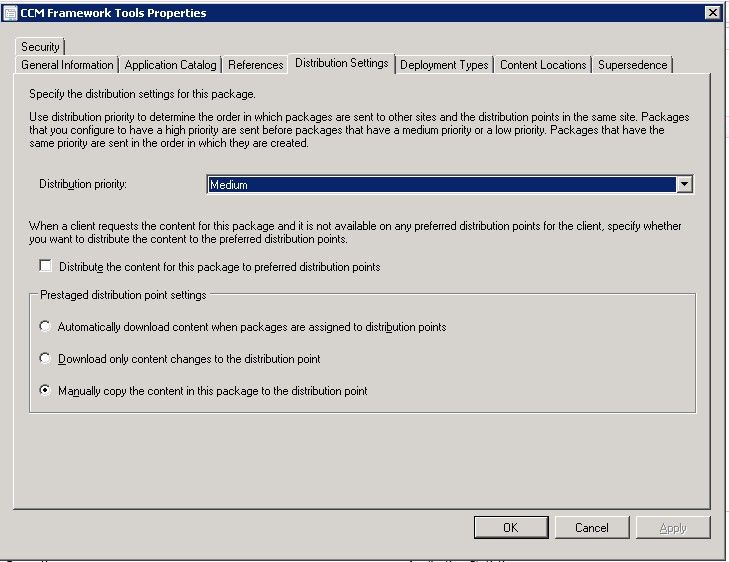 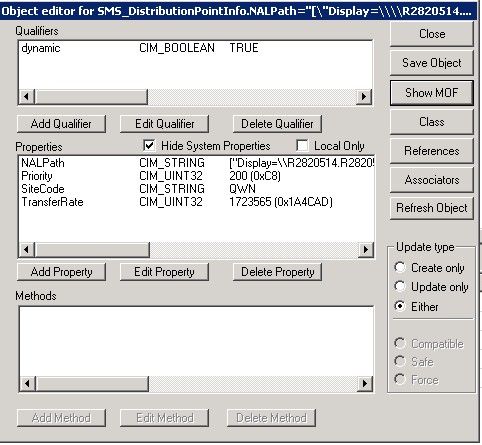 Note: The TransferRate value is maintained internally and is not meant for the users to update. It is exposed as a read only value in the SMS_DistributionPointInfo class. Picture 2 above shows this property and the value.

Source distribution point priorities for a given Pull Distribution Point

There is another type of priority associated with pull distribution points. I want to call that out so you can understand the difference between them. 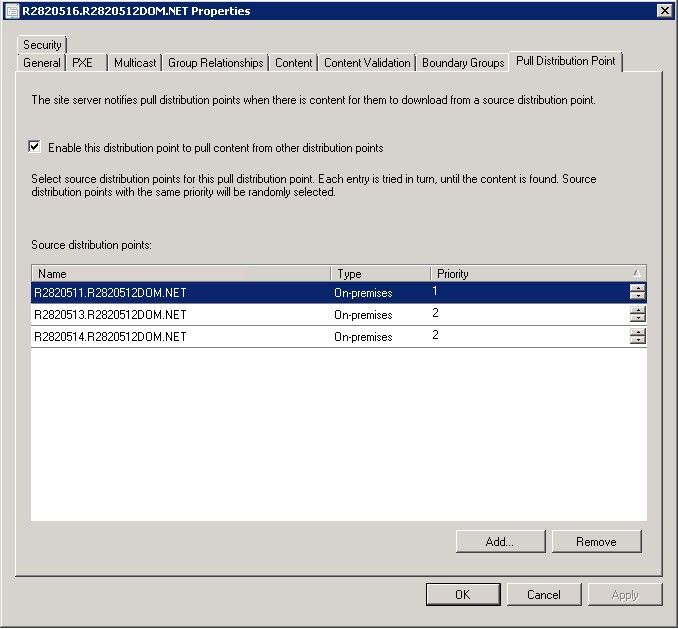 Here is the order of precedence and scope for various options available to control the content distribution priorities.

Note: All of the above values are leveraged by the DistributionManager and PackageTransferManager components on the site server to pick the highest priority content distribution job.