First published on CloudBlogs on Jun, 22 2013 by the Microsoft Azure Active Directory Team

In April 2013, we made Windows Azure Active Directory generally available to businesses and cloud application developers for use in production environments. Since then the ACS team has been asked: “What is the future of ACS?”

It is our plan to move the capabilities of ACS v2 into Windows Azure Active Directory over time. The end result will be a fully featured solution to meet your cloud identity needs

Access Control Service (ACS) makes it easier for cloud application developers to integrate their applications with popular social identity providers and with on-premises ADFS without requiring them to write custom code per identity provider. The rules engine of ACS v2 enables applications to transform claims in the incoming tokens to consistent claims understood by the application.  ACS v2 however does not provide traditional directory constructs like users and groups, which limits its value to businesses that want to leverage a cloud identity system. Also, the model of federating on-premises ADFS with individual ACS v2 namespaces of various cloud applications may require businesses to maintain more than one federation relationship. 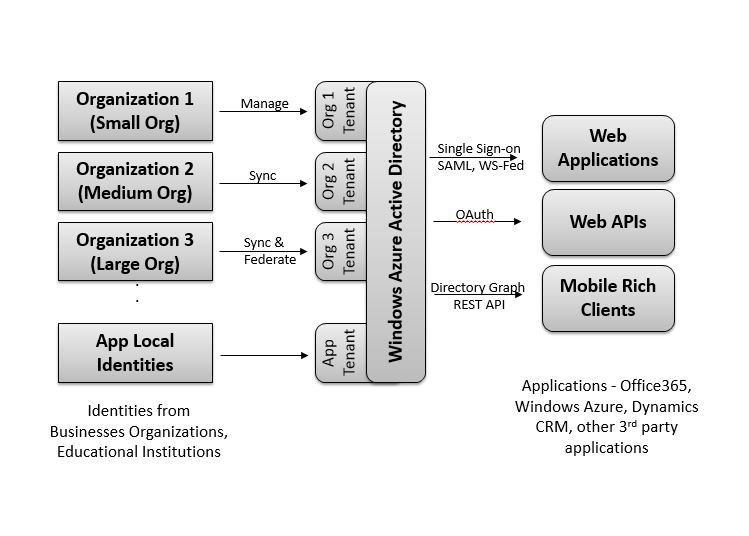