This MVP Travels Japan To Bring Science To Life With HoloLens

This MVP Travels Japan To Bring Science To Life With HoloLens 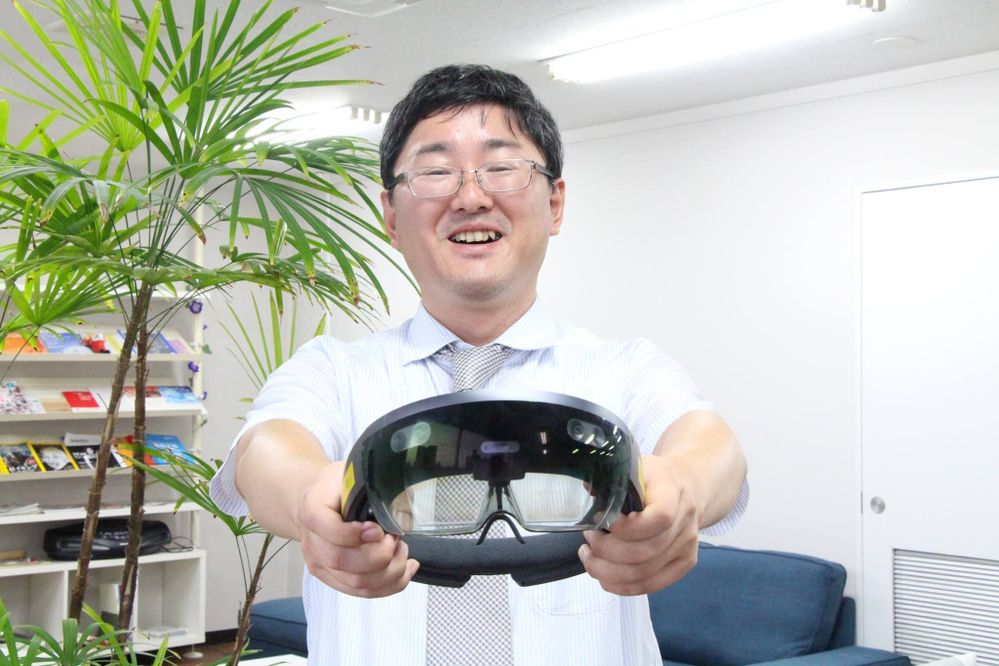 Microsoft HoloLens has the power to revolutionize education, turning the textbook school curriculum into an immersive experience. So when MVP and science teacher Tatsuro Ueda was first introduced to HoloLens, he too saw how the device could bring his lessons to life.

He visualized magnetic fields expanding in the air, and drawing lines of force around magnetics on his desk. However unlike other teachers, Tatsuro took his work with Hololens one step further: he developed his own educational applications for students, some with Cerebral Palsy.

People with Cerebral Palsy, a disorder that affects muscle tone, movement and motor skills, often lose the ability to move a limb, one side of the body, or their whole body. Participating in a science class with complex experiments, or even just turning the page of a textbook, can be difficult.

On the other hand, HoloLens enables people to engage with digital content by interacting with holograms - and Tatsuro’s application gives people with Cerebral Palsy the freedom to explore topics using just a finger gesture.

For students to learn about science, they must immerse themselves in it, Tatsuro notes. So he says, “by using HoloLens, [students] can do various operations with a simple finger gesture. Also, by moving the wheelchair, they can move around the hologram drawn by HoloLens and observe from 360 degrees,” says Tatsuro. “They can experience the science world.”

Tatsuro has adopted his lessons for students with Cerebral Palsy, but he also travels around Japan giving HoloLens science lessons at public schools or educational events upon request. His lessons usually involve using magnets and sand iron to illustrate a magnetic field. After demonstrating to the class ‘in real life’, he then invites a student to try out HoloLens -  and projects its field of view on to a TV or projector so that the rest of the students can see.

With HoloLens, students can ‘move’ the magnets around, seeing for themselves where the magnetic lines of force lie.

For all students, Tatsuro has found HoloLens helps to accelerate their learning. Because unlike VR, HoloLens really allows students to experience the hologram from all angles - just as science should be approached. In short: he’s managed to use HoloLen to turn the average science lesson into a free moving, immersive experience. Check out Tatsuro’s YouTube Channel here to see some of his lessons come to life.