Vishnu Tiwari is a Reconnect Member from Mumbai, India. He received MVP Awards from 2010-2013 for Microsoft Integrations.

Vishnu is currently a Solutions Development Manager at a major consulting firm, where he leads a “team of super smart people” responsible for designing intelligent integration solutions using state of the art cloud integrations, microservices, and API technologies.

An interesting project that Vishnu was recently involved in involved leading a large scale cloud migration program right from its initiation, and planning and executing its successful closure. Creation and validation of the disaster recovery site was one of the key success factors of the project. In the years 2013-2015, Vishnu played an instrumental role as an integration architect in the success of the Affordable Care Act project for the State of Kentucky, the first state to go live with the legislature.

From 2015-2017, Vishnu helped Neudesic with its own integration production, Neuron ESB, and was responsible for multiple end-to-end implementations. Apart from his current project where he is leveraging leveraging data science in the field of immuno oncology, other areas of contributions to interesting projects in the field of data science and artificial intelligence include:

To Vishnu, being a Reconnect member means having another platform to share knowledge and prove ourselves as valuable to the community again. “Each time I log into the Reconnect program, it reminds me of the fresh smell of the MVP Award badge, the vibrant MVP summit, the networking opportunities with some of the brightest minds,” said Vishnu.

“In the past few years, technology has evolved a lot and has opened up multiple avenues for former MVPs to contribute. My core interest areas are artificial intelligence, cognitive services, machine learning, data mining, and data science, and I am ready to add value in these areas.”

Vishnu created a group for Reconnect members on LinkedIn to facilitate easier networking between members. In just a few days, the group surpassed the double digit mark, with the program manager joining too.

“It is an honor to be part of the Reconnect community, and I am thankful to Microsoft that it has taken steps to revive the network. Many of us who were early in our career at the time of our first award are now in middle management positions, with some even running successful organizations,” said Vishnu.

“Reconnect members form an impactful community and we feel proud to be part of it.”

Vishnu would like to contribute more to events and activities in his local areas, including the Global Windows Azure Camp. He is also planning to conduct AI learning sessions for the community.

In terms of other projects, Vishnu recently started the “CrowdSource Research Flock” with the aim to create a common interest group to meet and work on research ideas and contribute to research communities with publications. With access to an open learning platform, Vishnu feels confident that he can steer the group in a successful direction. He urges any reader of this blog to join the group if they would like to be part of the project.

One of Vishnu’s biggest highlights while he was an MVP was the Affordable Care Act project. “Technical challenges aside, the project had a great impact on the individuals. I worked as an integration architect and was applying many innovative solutions, from DevOps to process improvement, to performance tuning and improvement.”

Vishnu also created a successful CI/CD template for the Microsoft BizTalk solutions. He conducted two Global Windows Azure Camps (Nashville TN, 2013 and Frankfort KY, 2014) which fetched him a signed letter from Scott Guthrie. He also conducted sessions at c0c0n in Kochi, India where he showcased how to make a secure Azure, BizTalk, and Sharepoint solution. Vishnu was part of various insider groups and enjoyed sharing feedback on new features and products.

To new MVPs, Vishnu advises to “be open to learn from others and share your knowledge. You are part of a group of motivated, knowledgeable, and ambitious people. Everyone in the group is an expert in his/her own field, and has spent hours in mastering the technology. Use these people as great learning opportunities.”

In the future, Vishnu would like to find one small impactful innovation that can change our lives in a positive way. 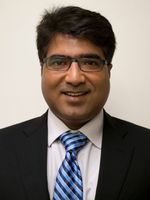