Matías Iacono is a Reconnect Member from Bolivia, and is now based in New Zealand. Matías received MVP Awards from 2004 to 2009, and in 2014, for IIS/ASP.NET. He also received an MVP Award in 2016 for Visual Studio and Development Technologies.

Matías is as a senior software developer and works with various technologies, most of which are Microsoft, including C#, .Net Core and TypeScript. He’s also currently working on a number of AI projects that are solving problems through process automation.

In addition to his day job, Matías has been using augmented reality (AR) to allow primary school children to understand parts of his own cultural background. Using Unity3D, C# and ARCore, he created an application that let the kids explore different environments in South America.

“The project also aimed to encourage the children’s interest in computing and show them the kinds of things they could build if they follow this career path,” said Matías.

To Matías, being a Reconnect member means belonging to a community that shares a common passion: Technology. “I always try to share technology and knowledge, wherever I am,” explained Matías. “When I lived in Argentina, I organized many different events to share the latest technologies and programming languages. Now, in New Zealand, I am part of a group that organizes monthly events for developers that want to learn about programming techniques and the latest tech.”

“I am also an active member of other events such as Startup Week, STEMFest, and more,” he added.

“As an MVP, I loved being active in the community and sharing knowledge. Being part of the MVP community allows you to always be learning, experimenting, and sharing,” said Matías.

To new MVPs, Matías says “Keep sharing what you know - not only does is it gratifying for you, but it could also change the trajectories of many others that have access to what you have learnt.”

In the future, Matías plans to keep doing what he loves. He would like to create new communities, and create content for his channel, books and open source code. 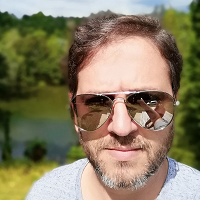