First published on MSDN on Mar 06, 2019
“…if you want to do great things you need to do little things in a great way first.”

Johan Åhlén is a Reconnect Member with a passion for exploring and making sense of data. He has been familiar with Microsoft SQL Server for over 20 years, and has also worked with .NET, C#, ASP.NET , MVC, Azure, Xamarin and Microsoft AI, to name a few. Johan was awarded Microsoft Data Platform MVP in 2011 until 2018, and he was also one of the first to be certified as a Microsoft Certified Solutions Expert (MCSE) on SQL Servcer Data Management and Analytics. Sharing his knowledge and skills is a core part of Johan’s life; “teaching and sharing knowledge to others is the best way to learn things yourself.”

During his time as MVP, Johan focused on offline, in-person community activities. “Nothing is better for the engagement level and community building than real physical meetings,” said Johan. He was the leader of the Swedish SQL Server User Group during 2009-2016, growing the group to about 900 members. As a side-activity, the group started a triathlon team, the “SQL Server Fast Track Team”, and 35 of them even took part in the Stockholm Triathlon 2010!

“My absolute favorite project as MVP was building up PASS SQLRally Nordic, one of the largest Microsoft SQL Server conferences in the world,” added Johan. In his first year, 2011, the team booked a venue for about 500 attendees and completely sold out a month before. Johan also contributed to an MVP book written by over 50 MVPs on SQL Server. 100% of the royalties from the book went to charity.

While the MVP award was “like winning the golden ticket to Willy Wonka’s chocolate factory,” Johan maintains these MVP connections as a Reconnect member. He is still active in offline, in-person activities and enjoys speaking on his favorite technical topics. Johan has also started a regional Azure User Group which this year will run its 3rd Global Azure Bootcamp event.

Now living in a small, former fishing village outside of Malmö, Sweden, Johan divides his time between work and creating music - you can even find him on Spotify! In fact, working as a musician was how he was able to finance his first IT company.

Johan’s latest project is Boxentriq , a code-breaking puzzle game. “Boxentriq is built on Microsoft Azure and Xamarin, and is a very good example of how you can build a globally scalable mobile app and website without big costs,” said Johan. It first started in 2015, after he was inspired by the puzzles posted by Cicada 3301 (a secret organization, ranked in the top 5 eeriest, unsolved mysteries of the internet). Johan then decided to create his own puzzles, launching his first later in 2015 (in Swedish only), which became popular beyond all his expectations. Johan now has plans for a follow-up puzzle, with a plot of secret societies and clues hidden in unusual places. For example, his photo in this article (below) contains a secret code that you can try to figure out yourselves. This code-breaking guide may help!

“It was really a no-brainer to join the Reconnect program after my MVP period ended,” added Johan. “It is invaluable for staying connected with this amazing network of people, attending tech calls, and learning about cutting-edge technology. I’m very happy that this Reconnect program exists. Once an MVP, always an MVP!"

To learn more about the MVP Reconnect Program click here . 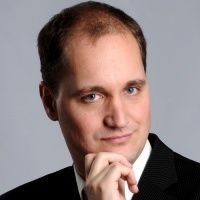 Johan Åhlén is a Microsoft Reconnect Member from Sweden. He was awarded Microsoft MVP in Data Platform in 2011. Follow him on Twitter @johanahlen and check out his blog here .