Christos Sakellarios is a Reconnect member from Athens, Greece. He received MVP Awards from 2016-2018 in Visual Studio and Development Technologies.

Christos is currently working as a Senior Software Engineer at a betting company in Greece, where he is creating the company’s new website using the latest Microsoft stack and client slide frameworks (ASP.NET Core, Vue.js). “The process of moving from monolith to micro-services and new technologies is totally demanding and exciting,” said Christos.

For the past year, Christos has been working on an open-source project to explain thoroughly how to properly use ASP.NET Core Identity and leverage all of its capabilities as a membership system. “It's quite interesting exploring Identity and seeing how amazing it is! I have also worked a lot with Azure Functions and Azure Service Fabric,” he explained.

“To me, being a Reconnect member means a lot because I've been able to stay in touch with the MVP program and my peers after the award ended,” said Christos. “It keeps up the brainstorming, provides opportunities for great discussions and fast issue resolutions, and of course keeps me on track and motivated to get nominated for a new MVP Award.”

Christos also gives back to the tech community through his open-source projects and blog posts. “The idea behind the blog, and in many ways what sets it apart from other tech blogs, is to build large-scale projects and complete apps before actually creating the posts,” he said.

“All the posts have related projects that have been worked on for a long time and are production ready. This is what make my blog and GitHub account attractive to programmers. Anyone that lands on one of my posts should be prepared, probably with a coffee in hand. The blog’s motto is “Quality over Quantity”,” Christos explained.

“While an MVP, one of my favourite projects that I worked on was a free ebook I created to show how to create globally-distributed applications with Microsoft Azure. It shows you how to use a variety of Azure Services (Redis Cache, Azure Cosmos DB, Azure Search, Storage Accounts, SQL Active Geo-Replication, Azure Traffic Manager, CDN services, etc.) and build robust and highly available Web Apps which span more than one region,” said Christos.

“I enjoyed the journey of learning about Azure so much, and certainly felt the joy of sharing it with the community. Of course, the ebook comes with an open-source project.”

To new MVPs, Christos says “Never lose the motivation to learn new things. That’s the key to excelling in our profession!”

In the future, Christos plans to complete the ASP.NET Core Identity Series blog posts, along with the open-source project, and an ebook for it too. His goal is to make it the best complete reference guide for ASP.NET Core Identity. Follow him on Twitter @chsakellsBlog, and check out his blog and GitHub. 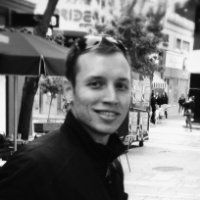