Q&A: MVP Rie Irish Talks To Us About Highlighting Female Voices In Tech

Q&A: MVP Rie Irish Talks To Us About Highlighting Female Voices In Tech 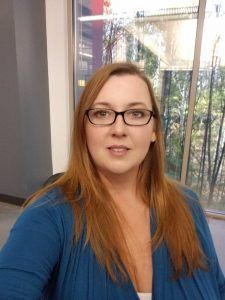 Data Platform MVP Rie Irish doesn’t just excel in her own career, but she also helps other women excel in theirs. Rie has dedicated herself to educating the public on the obstacles women face in the tech industry.  She co-leads the PASS Women in Technology Virtual Group and goes out of her way to promote and support women speakers. This year, she co-authored the book “Let Her Finish: Voices from the Data Platform” - it’s volume one in a series giving women tech experts the floor to tell their story and share their expertise.

We spoke to her about gender inequality in the tech industry, her efforts to get women heard, and how we can all do our part to undermine a discriminatory workplace culture.

1) What do you personally do to highlight women’s voices in tech? How can others do the same - whether it be at the office, or online?

I work hard every day to support and highlight women in tech. I speak at tech conferences on [Diversity & Inclusion] topics -  like why women leave tech, gender inequality and unconscious bias, gender and racial bias in tech, etc. Most recently, I presented a session for US MVPs at Microsoft Ignite on supporting women's voices in IT.  I run the PASS Women in Technology Virtual Group where we highlight women in a few different ways.  I host between one to four webinars per month that are either a woman-focused topic or are a data platform technical session presented by a woman speaker.  Each week, in my capacity as Virtual Group leader I tweet out every session being presented by a woman speaker at any SQL Saturday around the globe.  This includes regular sessions, WIT panels and/or pre-cons.  If I'm aware of women speakers for other user groups or hosting webinars, I highlight those as well.

I mentor women speakers, review abstracts, sit as a virtual audience when they need practice and offer feedback when asked. Most recently, I've organized a Women in Technology Happy Hour and Networking Event during the PASS Summit in Seattle. I schedule this early in the week so that women can network and make friends that can grow and strengthen as the conference continues.  I love it when I’m able help a woman first-time conference attendee make some connections.

And this summer, I helped organize a book that is currently on Amazon. [It] had its official release party October 31 at our data conference.  I served as an author/organizer for a book entitled, “Let Her Finish: Voices from the Data Platform.”  We chose 7 female authors and asked them to write a chapter on the technical topic of their choice – without interruption.

Everyone reading this blog post can take steps to highlight and encourage women as well.  If you’re a tech conference organizer, make sure you seek out women speakers if you don’t get enough submissions.  If you run a user group, make sure you occasionally bring in a female speaker.  You can reach out to local women in technology groups for speakers and attendees.  Encourage women in your circle to start speaking.  Offer abstract advice and make yourself available for a few practice sessions.  Be a friendly face in the audience when they do speak.

2) Tell us about the inspiration behind the title of your new book, Let Her Finish: Voices from the Data Platform

My friend and fellow MVP in the data platform, Melody Zacharias, approached me with an idea. She’d seen my session on supporting women’s voices in IT where I discuss how women are interrupted at 3 times the rate that men are and offer solutions.  She wanted to help me make some inroads into a solution.  She suggested writing a technical book with only female authors.

After a few brainstorming sessions, we had a working plan.  We invited 5 other women, prominent in the data platform, to write a chapter on the technical topic of their choice.  We wanted them to be able to tell their data story, in their own words, uninterrupted.  And a book series was born.  Topics in volume one range from Azure Data Catalog to SQL backups, to creating a disaster recovery plan.  The second book in the series is already in progress.  This new one will be “Let Her Finish: Women’s Voices from the Trenches.”  Chapters in the upcoming book cover topics like confidence, the parenthood penalty and a chapter that explains the title choice.


3) What have you found are the top reasons women leave tech?

Research [identifies] a few reasons that women leave tech, and interactions in my role as a woman in tech group leader have supported those findings.  Most often cited is a lack of helpful mentorship. When women received mentorship, it’s advice on how to they should change . With men, it’s concrete steps for career moves.  Unclear evaluation criteria is another closely related cause.  Women are frequently given vague, [non-actionable] feedback. Men with a highly visible leadership style are described positively, while women are described as “abrasive” or “running over people.” Organizational climate also weighs heavily in the decision-making process. Women often describe feeling like an outsider in what they describe as a mildly discriminatory environment.  It’s that “brogrammer” culture.

The solutions to stem the flow of women leaving IT aren’t that complicated to implement.  The wage gap is real and at current rates, women in 7 states won’t see pay equity in their lifetime. Make sure men and women with equivalent credentials start out at equal levels and the rate is competitive with the industry.  Engage and empower senior male and female executives to sponsor up-and-coming women. Sponsorship is more than advice and mentorship.  This solution involves using influence with Senior Executives to get assigned to that stretch project and get their ideas heard. With a sponsor, women are 70% more likely to see their ideas implemented.  Make performance standards crystal clear with granular detail and actionable advice focused on performance instead of vague advice.  Train managers on providing actionable feedback performance reviews and then hold them accountable.  Institute HR policies that don’t penalize women and encourage flexibility.

4) You sat as an advisor to a group of data professionals creating a minorities-focused user group for PASS. What do you believe was the most valuable advice you shared with them?

I asked them to get together and answer a series of questions about their group.  The most important of those was “What do you want this group to be?”  It seems like a simple question, but it’s pretty complex.  So many ideas are rolled into this answer.  You need to know who you want to serve, what you want them to get out of it.  Do you want to highlight minority speakers, present on topics that would be of more interest to a minority audience, or both?  You even need to define minority.  The questions I presented forced them to really think about their goals and outline a structure to get started.

5) How do unconscious biases affect women in the tech world? What steps can everyone take to combat this?

Everyone has bias. It’s normal, natural and biological throwback to our fight-or-flight instinct. You make decisions about other people based on past experiences or perceptions.  It’s important to be aware these impressions exist.  Question or reassess your own belief and reactions.

Bias has a widespread effect on women in the business world, not just in tech.  Studies presenting hiring committees with identical – except for names – resumes lead to men being chosen for an interview at a much greater rate than women.  In the few cases where the woman’s resume was selected, they would recommend her for a significantly lower salary.  Bias affects whether or not a woman is chosen for a stretch project at work. We spend significantly more time explaining our ideas and solutions because our skill set isn’t respected or expected. Bias and all the accompanying baggage wear you down, a little every day.

Solutions to control for bias in hiring involve things like reviewing the job posting to make sure they’re female friendly.  There are many resources out there on the web that offer great advice on this.  Present hiring managers with nameless resumes.  In the above-mentioned study, the resumes differed only in that one belonged to Brian and the other Karen, so hold hiring managers accountable. Make sure men and women with equivalent credentials start out at equal levels and the rate is competitive with the industry.