I have a user that is receiving the following error message over the last couple of days after having no issues making use of Outlook on his iPad for several months: 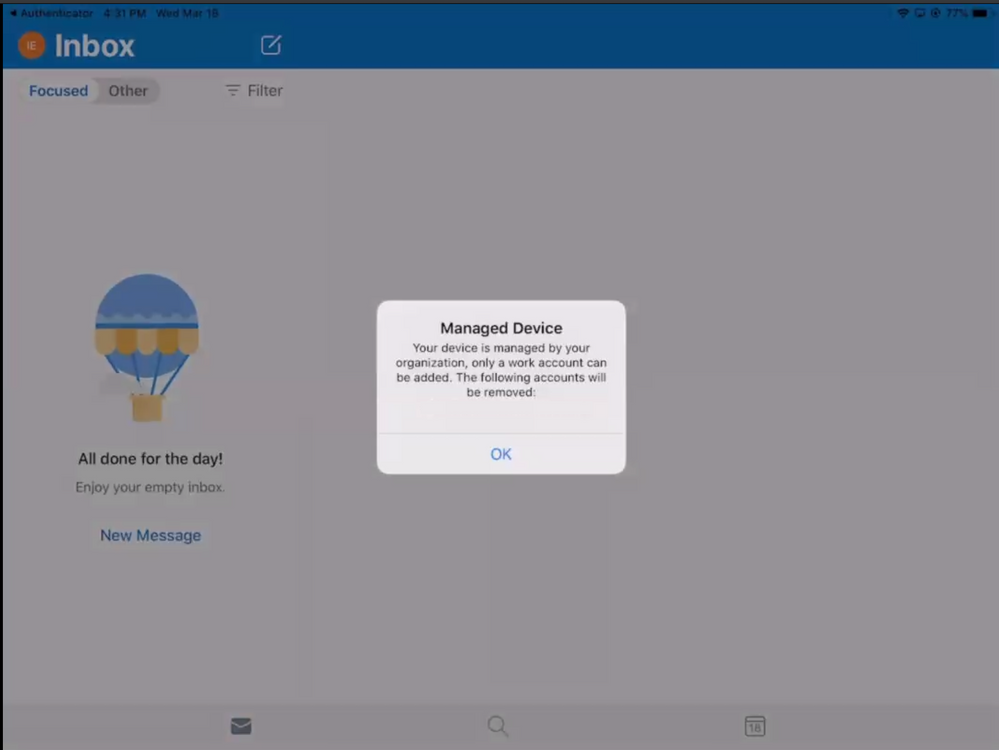 I've confirmed he's not signed in to any other O365 account nor has any other email account associated with his iPad and then I have had him do the following:

- Install Microsoft Authenticator after adding it as a method for 2FA.

All that i can see that has changed was that Version 4.29.0 was released 2 days ago, which coincides with when he started having this issue.

Anyone know of a workaround or what else I can have him try?

Does the device managed MAM or MDM? Do you have Intune Portal app installed?
Do you have any app configuration Policy in place? You can allow only Work accounts using App Config policies.