Following an Android System update on a number of Samsung J6's and an update to the Managed Home Screen app. I am experiencing some "odd" results. 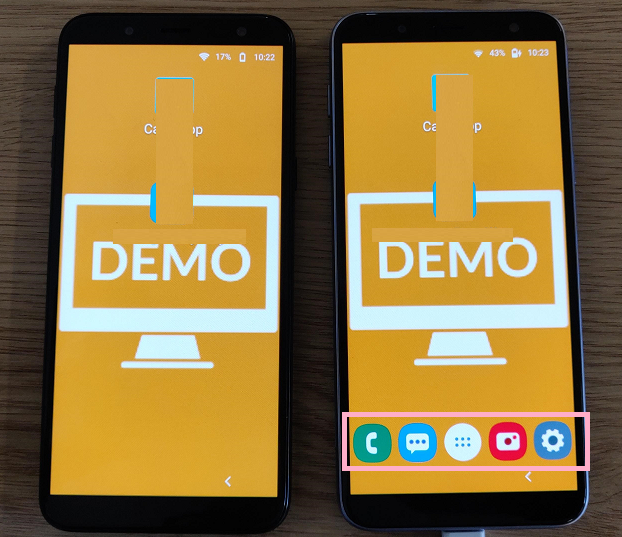 The appearance of shortcut icons at the bottom of the screen.
After another update, these disappeared, but now another icon has appeared.
During the build process, towards the end, one usually gets a pop-up to request granting the Managed Home Screen app to appear on-top. tapping a sliding radio button to grant these permissions. After the Managed Home Screen update, these permissions are triggered after tapping on a Managed Setting icon on the Home Screen. This has a red dot next to it until you tap it and grant the permissions.
Unfortunately it leaves the icon behind.
Initially I thought it was down to the Android update as stated earlier, but 3 Android 8.0.0 devices are now displaying the icon.

Has anyone else come across this, and found a solution.