Turn on suggestions
Auto-suggest helps you quickly narrow down your search results by suggesting possible matches as you type.
Showing results for
Show  only  | Search instead for
Did you mean:
How insights from system attestation and advanced hunting can improve enterprise security
By 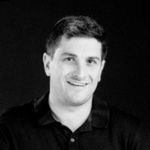 At Microsoft, we are committed to putting customers’ security first through a comprehensive security stack delivering protection from chip to the cloud. For example, we continuously innovate endpoint protection, whether through the Microsoft Defender Advanced Threat Protection suite of industry-leading, innovative technologies or through industry-wide platform-security-based initiatives like the recently announced range of Secured-core PCs.

Secured-core PCs combine identity, virtualization, operating system, hardware, and firmware protection technologies to enable highly secure and trustworthy devices. Central to the success of these technologies is the necessity for tamper-evident computing, meaning that violations of security guarantees must be observed and reported.

System Guard runtime attestation — which runs in a secure hardware-backed enclave when virtualization-based security (VBS) is enabled, a default setting in Secured-core PCs — exposes a cryptographically generated statement of proof that a device has booted with the expected security properties and continues to maintain a healthy state at runtime. It works in concert with Microsoft Defender ATP to ensure that any activities attempting to tamper with strong security technologies are identified and made visible to security operations center (SOC) teams.

In this post, we’ll introduce the System Guard session report as exposed via Microsoft Defender ATP’s advanced hunting capabilities and demonstrate how an enterprise can leverage these reports to:

These reports are exposed as a JSON array in the AdditionalFields of the MiscEvents table and can be exposed using the following advanced hunting query:

This will return each row in the MiscEvents table that matches the ActionType of DeviceBootAttestationInfo with the boot attestation data itself in the AdditionalFields column.  We can then extract that data using the parse_json() function.

The following is a sample session report. A full description of each of the fields that appear in this report follows at the end of this post.

The SystemGuardSecurityLevel is defined by us at Microsoft and is indicative of the systems security posture as derived from an aggregated set of claims — higher values depict a strengthened platform security posture. This allows for quick analysis around posture without needing to sift through individual property values (although this option is available too).

A score of 0 effectively means that little trust can be placed in the Trusted Computing Base (TCB) of the device. Low scores can be due to a number of reasons, such as not having a working TPM for attestation or the base security properties being affected in some other fashion.

On the opposite side of the scale, a score of 700 shows that the machine booted with all the necessary security features available on our platforms today. A Secured-core PC can expect to achieve a security level of 700. (Combining such a device with Microsoft Defender ATP makes for an optimal configuration!)

The following advanced hunting query can be used as a basis for determining which machines are candidates for improvement:

In the above example, the query lists all machines that have a security level below the intended baseline of 700, which we encourage customers to strive for enterprise-wide. Since the DeviceBootAttestationInfo data is generated on each boot, we then take the latest of all returned reports in the table and only display that value.

As suggested, core to the success of attestation is the ability to speedily identify deviations. Microsoft Defender ATP customers can write queries that identify such deviations that may be of interest in their environments based on the properties exposed in the attestation reports.

Our next example is a custom query that identifies machines exhibiting a drop in SystemGuardSecurityLevel across boot sessions:

This query can be converted into a custom detection rule that can raise an alert at a severity level appropriate for the organization: 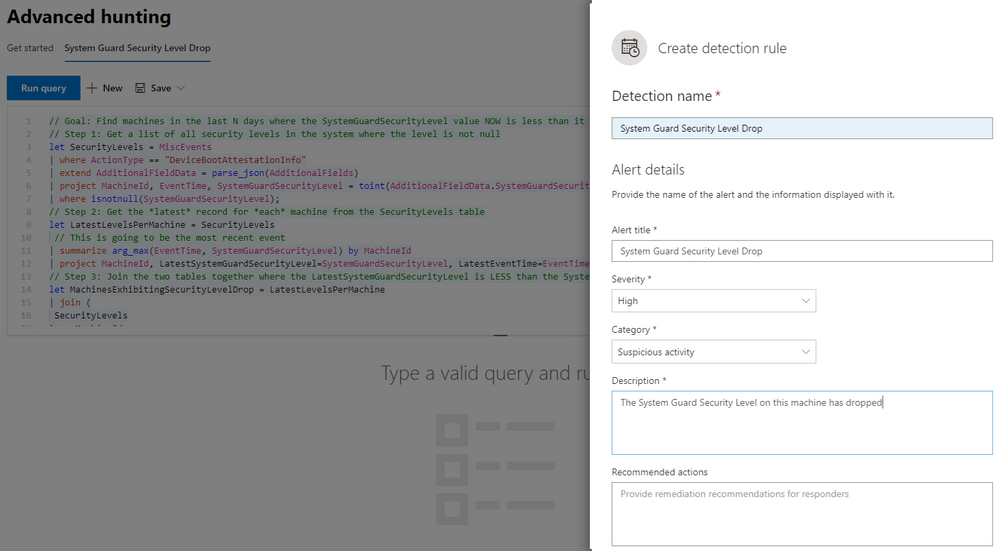 All further instances will be raised to the SOC via the Microsoft Defender ATP interface: 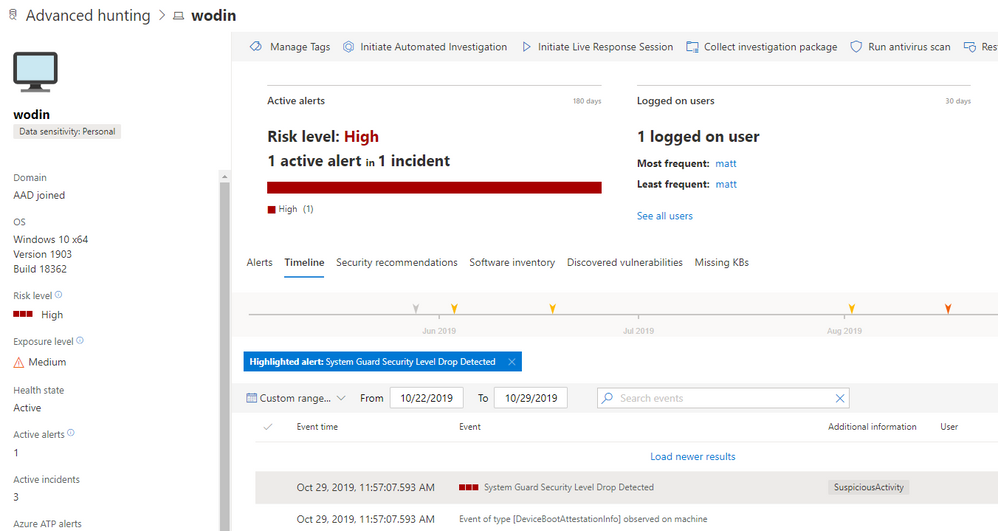 Thus, using the alert defined earlier, a machine that exhibits a drop in SystemGuardSecurityLevel would trigger a Microsoft Defender ATP alert. In turn, this elevates the machine’s risk profile, and, because the device is no longer compliant with the Microsoft Intune compliance policy, Azure AD Conditional Access would block users on the machine from accessing other network resources.

The examples above mostly focus on the use of the SystemGuardSecurityLevel property. The attestation report, however, includes claims that may be useful in advanced scenarios.

For example, a sophisticated attack could modify the UEFI Secure Boot signing keys on the device to enable a bootkit to run without Secure Boot verification failing. The UefiSigners field lists the signers used to verify the current EFI boot applications (as extended into the TPM’s PCR[7]). Deviations from the normal could indicate tampering of these signing keys that might warrant further investigation by the SOC.

We hope that this blog post serves as a window into the level of insight that Microsoft Defender ATP provides into the security technologies enabled by Secured-core PCs and System Guard, and what’s possible for enterprises in terms of establishing trust in the application of these capabilities

While the current attestation info schema exposed by Microsoft Defender ATP is full-featured and useful, we’ll look into opportunities for making further attestation claims available that may be of use to customers down the line.

The System Guard runtime attestation session report is available in advanced hunting to all Microsoft Defender ATP customers running Windows 10, version 1809 or Windows Server 2019. All examples above are available in our Github repository.

Refer to the following table for a full list of the data from the System Guard boot-time attestation (session) report that you can leverage using advanced hunting. This data is returned as a JSON array in the AdditionalInfo column of the miscellaneous events (MiscEvents) table for events with DeviceBootAttestationInfo as the ActionType value.