Hi
I am evaluating the Data Visualizer Tool a method to generate our business process flows and hopefully replace a different software tool. Has anyone has used the Data Visualizer to create a vertical CFF that includes shapes to indicate the RACI status of roles?
I looking to create a chart that has the roles across the top (x-axis), Phase and Task across the Left side (y-axis) and then have a shape indicate RACI (Responsible, Accountable, Consulted, Informed) within the body of the matrix. The connectors would run through the Responsible shapes. Phases would include multiple tasks. I’ve included a mock-up of what I would like to be able to generate. 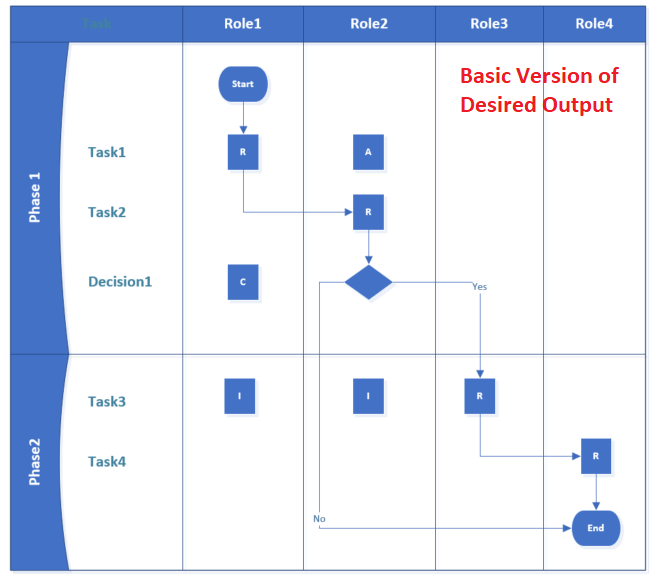 I have experimented with having multiple rows in the spreadsheet for a single tasks and that gets me part way there, but the tasks within a phase are aligned horizontally rather than vertically. If I indicate the task within the phase column, I can maintain the relationship of the shapes for each task but I lose a way to group those tasks into phases. I would also prefer to have a single record row for each task. I’ve included a screenshot of how this appears in Excel and also the resulting diagram 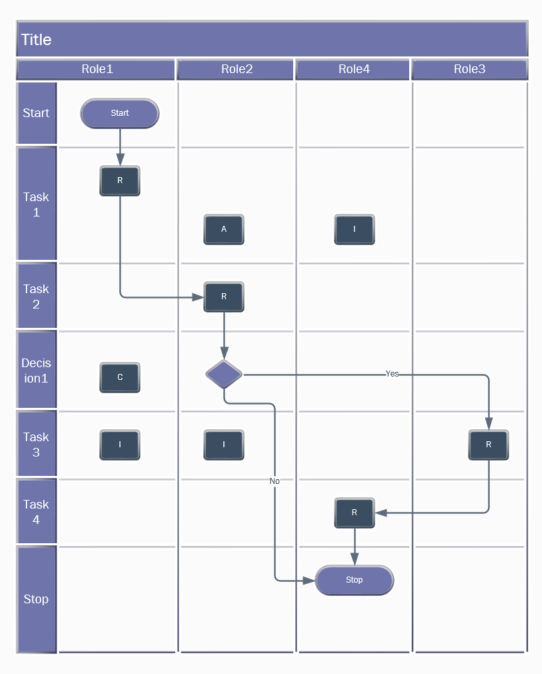 I’ve wondered if it is possible to use the data visualizer tool with the RAM(Responsibility Assignment Matrix) base (part of Six Sigma House of Quality stencil) but I don’t see how to connect the content within the excel sheet to populate within the RAM matrix. I've mocked up one below. 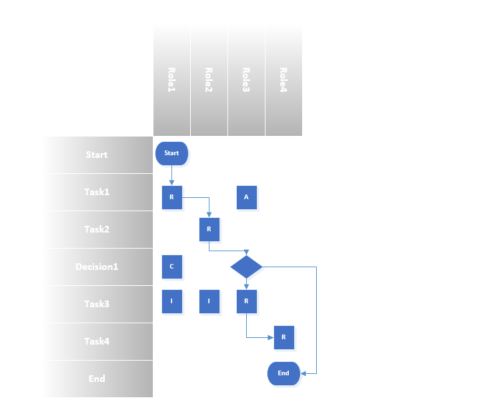 Would anyone be able to point me in the right direction?