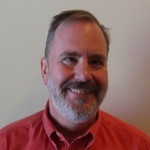 It seems like JSON is everywhere these days. Adaptive cards, Microsoft Teams app manifests, and SharePoint list formats are all written in JSON. And JSON is the de-facto standard for REST APIs like Microsoft Graph; you can't make a call without it. Power Apps, Power Automate, and Power BI can all handle JSON too. It really is everywhere except, it seems, in older products which were written when XML was king.

The intent of this article is to teach you what you need to know to use JSON in typical IT, low-code, or JavaScript development scenarios. It's organized in order from simple to complex; if you don't need some sections, just skip over them; you can always come back and read them later!

Working with JSON in the Adaptive Card Designer

JSON is a standard format for representing structured data as text. JSON is commonly used to store data in text files and to exchange data between programs over a network. JSON files usually have a .json filename extension.

Geek Note: JSON serves more or less the same purpose as XML (eXtensible Markup Language) but it's shorter and easier to read. CSV format serves a similar purpose as well, but it's not a standard so the details tend vary, and it can only store tables (rows and columns) of data.

JSON data is organized as "objects" which contain name/value pairs. This example is the first step toward building a profile for Parker, the PnP mascot, who has kindly agreed to share personal information for this article.

JSON objects always begin with { and end with }; the very shortest valid JSON, {}, represents an empty object. The JSON example above contains a single name/value pair; the name is name and the value is "Parker". As you can see, the name and value are separated by a :. Names are case sensitive and need to be enclosed in double quotes. In this case, since "Parker" is a text value, it's enclosed in double quotes as well. Spaces, tabs, and newlines are ignored in JSON, but are helpful for readability.

The values can be simple things like text strings or numbers, collections of values (arrays), or more objects containing their own name/value pairs.

If you want to put more than one name/value pair in your JSON, separate them with commas like this:

Note that the order of the name/value pairs doesn't matter; this JSON is equivalent to the one above:

The values don't need to be text like "Parker"; they can also be numbers, booleans, collections, or more JSON objects. This allows you to have objects within objects.

Here's a more complete description of the Quilled Crusader that uses all of the JSON data types:

These are all name/value pairs, but there are several kinds of values; the next few sections will explain each of them.

Strings are just text that's part of the data, such as "Parker" or "rodentia", and they need to be enclosed in double quotes. That seems simple enough, but what if your string has a double quote in it? "Parker says "Sharing is caring"" is not a valid JSON value because the parser thinks the " before Sharing is the end of the string, and then it gets really confused. (Computers are really stupid, aren't they?) So to put a " within a string, you need to "escape" it by preceding it with a \. For example:

As you might expect, this escaping thing is a bit of a slippery slope, as the parser may now be confused by the \ character. So you also have to escape the \ character:

While " and \ are the only characters you need to escape, a number of others are available. You can also insert special characters using Unicode (UTF-16) character codes using the format \uXXXX, but often it's easier to just type Unicode characters in your JSON.

Numeric values don't get quotes around them. For example, Parker's length and weight are expressed as numbers.

Note that 75 is not the same as "75"; the quotes would indicate the characters 7 and 5 rather than a number.

Numbers are in decimal, and can contain a sign, decimal point, and exponent such as:

For boolean values, just use true and false with no quotes.

All the JSON examples in this article so far have consisted of one JSON object with name/value pairs enclosed in a set of curly braces. But you don't need to limit yourself to one object! You can have as many objects as you want as values inside other objects. This nesting allows you to create a hierarchy.

An array is an ordered set of values enclosed in square braces [ and ] and separated by commas, such as:

Mascots could have any number of nicknames or none at all, and an array allows you to list them. Parker's sister Penny doesn't have any nicknames.

Arrays of objects are especially useful. For example, suppose you wanted to compile a list of Microsoft developer mascots:

Remember that spaces, tabs, and newlines are ignored, so this the same data could be written more compactly like this. Suddenly it starts to look a little bit like a table!

MIND THE COMMAS! There must be exactly one (1) comma between name/value pairs and array elements. It's really easy to misplace a comma in JSON, especially if you're copying and pasting. Some people like to leave an extra comma after the last name/value pair or array element to make it easier to re-arrange things, but that's cheating; it's not part of the JSON standard and some applications won't accept it.

Dates and other things

Unfortunately, there is no standard way to express a date in JSON. In practice, dates are passed in string values, but different applications use different date formats, which can be a bit maddening at times. The Microsoft Graph API uses ISO 8601 format.

Images and other binary objects are rarely included in JSON, but if you wanted to do that you'd need to turn them into strings somehow, perhaps by Base64 encoding them.

To indicate an empty value, use null. For example, Parker hasn't had his DNA sequenced, so there is no value for that in his profile.

Note that [], an empty array, and {}, an empty object, are different than null. They're empty containers whereas null is really nothing at all.

If only JSON supported comments, we could write much more readable code! Officially there are no comments in JSON, but some products (like the SharePoint Framework) seem to encourage using JavaScript style comments in JSON. It seems harmless but it's not proper JSON, and most applications will choke on them.

One trick that's usually OK is to just add a few extra name/value pairs in lieu of comments; most software will simply ignore the extra data. For example:

While it's not recommended, it is legal to have duplicate names in a JavaScript object, so you could have more than one "comment" if you're daring. This is valid JSON:

There are a lot of web sites out there that will format and validate your JSON; this one does both.

It's often helpful to impose some structure on your JSON, specifying which name/value pairs are required and what value types they should contain. That's the role of JSON Schema. This allows validating the JSON and offering features such as intellisense.

A JSON Schema describes a specific JSON structure. For example, all animal mascots need to have a name and zero or more nicknames with an optional value for quills, such as:

This would be expressed in JSON Schema as:

If this looks complicated, don't worry; there are many tools that will generate a schema from sample JSON. This is built into Power Apps and Power Automate, and you can generate a schema online using the JSON Schema Validator and Generator; it was used to generate the schema above.

Why bother with a schema? Well once you have one, you can get syntax checking and intellisense in tools like Visual Studio Code. Power Apps and Power Automate use schemas to determine what name/value pairs to expose as properties in your project, and what data types they should be.

You can add a property to your JSON to indicate the URL of the JSON schema; for example, to indicate that a file is a Microsoft Teams manifest, include this schema URL:

When a $schema property is present, Visual Studio and Visual Studio Code will validate your JSON automatically and provide intellisense. There are a ton of schemas available at https://www.schemastore.org/json/ for you to reference. You can even reference a JSON schema in your own project by just specifying a relative path:

You may notice some name/value pairs in your JSON which look kind of odd and begin with @odata. For example, here's the beginning of the data returned by the Microsoft Graph call https://graph.microsoft.com/v1.0/me/messages (returns messages in the user's inbox):

OData is a standard for doing Create, Read, Update, and Delete (CRUD) operations on tabular data using a REST web service, and the Microsoft Graph uses it where appropriate. A folder of email messages is easily expressed as tabular data, so it's no surprise that the Graph uses OData to work with them.

The name/value pairs beginning with @odata. are OData control information used to control the flow of data. For example the value of @odata.nextLink is the URL to retrive the next set of rows in a large dataset. You can find details on all the OData Control Information here in the OData documentation.

Although JSON stands for "JavaScript Object Notation", and was inspired by the format JavaScript uses for object literals, they are not the same. Indeed, JSON is intended to be language independent. Some major differences between JSON and JavaScript are:

To convert between JSON and objects, use the JSON object that's built into JavaScript. This is preferable to using eval which is prone to security issues.

To convert JSON to a JavaScript object:

To convert a JavaScript object to JSON:

When you make a REST call, you end up using JSON as well. Here's a call to the Microsoft Graph:

Notice that to ask the service for a JSON response, the HTTP header is set to accept "application/json", which is the MIME type for JSON. And the response object returned by fetch() has a json() function built right in to turn the returned JSON into a JavaScript object.

Learning to work with JSON is an important skill for both low-code and full stack developers, as well as for many IT Pro tasks. Here's hoping this article has helped you to understand and use JSON in your next project!

(This article is cross-posted here on the author's blog)