After finally getting my hands on the old 1.x AzureAD PS Module I was able to successfully restrict creation of O365 Groups to an on-prem AD Group, and it seems to be working.  This was actually done to control Teams creation (I combined it with a PS to disable the Teams Service Plan in user licenses).

Shortly after that minute of happiness, I had a couple of other thoughts:

I've seen the following cited, but haven't dug too deep into any of them and don't know for sure:

Thanks to this community for helping me close the barn door before the horse(s) got out on Groups/Teams.

If you havent started using Groups/Teams yet, disabling them will not break anything. All the "core" workloads function just fine without Groups, albeit you will be missing on some of the new stuff. There are specific functionalities built on top of Groups, such as Planner or StaffHub, you will not be able to use those.

Here is what I think is a great breakdown of the current set of services and corresponding solutions within O365 Groups via @Benjamin Niaulin. 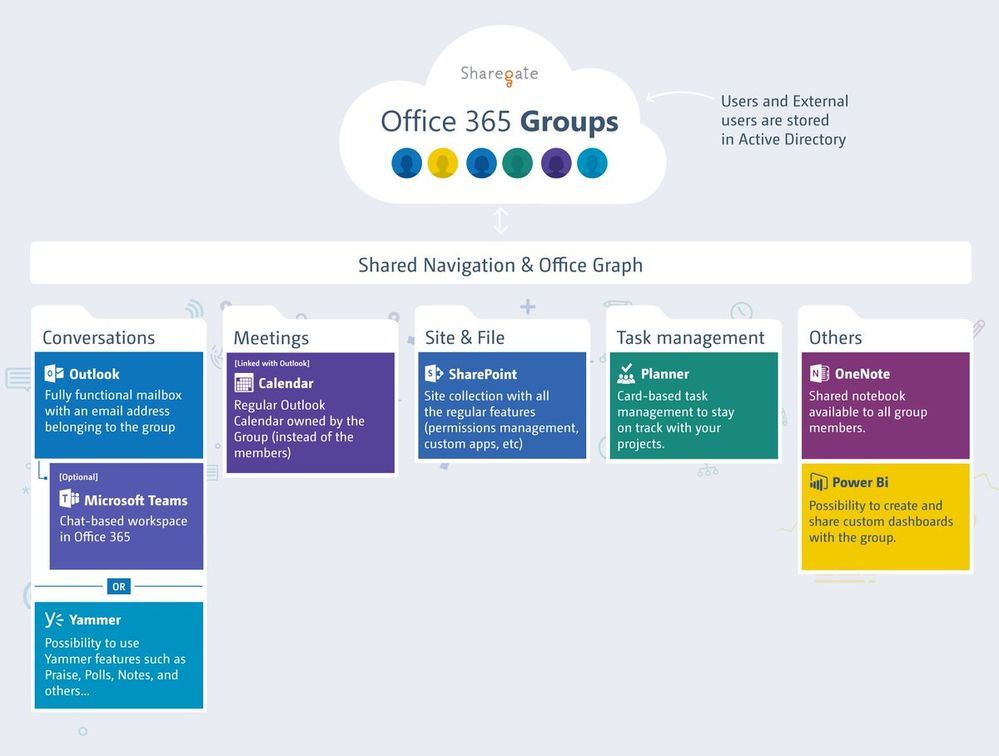 I would say one of the larger changes when disabling Groups going forward is the Yammer integration with Groups. Here is some of the latest info on the Yammer and Group integration.