Turn on suggestions
Auto-suggest helps you quickly narrow down your search results by suggesting possible matches as you type.
Showing results for
Show  only  | Search instead for
Did you mean:
Office Apps for Windows 10 Mobile: End of Support for Windows Phones
By 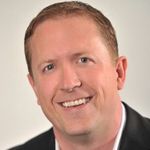 What does end of support mean?

The mobile apps for Office are governed by Microsoft's Modern Lifecycle Policy. Microsoft provides bug fixes and security fixes to support the product experience through the end of this lifecycle, known as the product's end of support. On January 12, 2021, you will no longer be able to install these Office apps on phones using Windows 10 Mobile and Microsoft will no longer provide the following support:

What are my options?

If you already have the apps installed before the end of support date, the apps will continue to work. However, because of the lack of security updates, we strongly recommend that if you wish to use Office on a phone you transition to the latest Microsoft Office apps on an iOS or Android phone. Not only will you find Word, Excel, PowerPoint, and OneNote apps in the iOS and Android app stores, you will also find new innovations such as the Office app which provides a simple, integrated experience with Word, Excel, and PowerPoint all in one app with all the mobile features you already know and use.