Current and FRDC channels showing the same version. Seeing this after forcing an update in both the channels today.

This cant be right. Is anybody else seeing this? 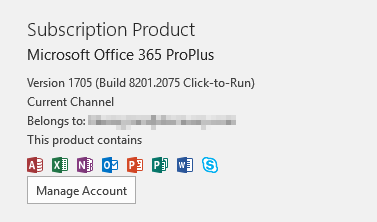 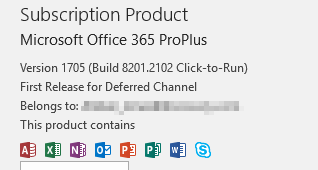 My bad. I keep forgetting that the Feature updates impact the CC as well as FRDC every 4 months :-(. The technet pages have just been updated too.

Good catch, it's also worth pointing out if you haven't come across it yet, everything changes in September.

18 months of support. Extended support for Office 365 ProPlus semi-annual feature updates from 12 to 18 months (starting from the initial release)

Further details in the link.