Where does your CIO sit?

Where does your CIO sit?

Previously, we discussed how IT org structures were transforming as companies transitioned to the cloud. Digital transformation is impacting not only the structural component of the IT business but also the strategic aspect of the business.

Consider this: Previously IT was seen (and in many cases, is still seen) as a cost center. But as the strategic role of IT grows and embeds itself more directly to the business, there is a trend of movement at the upper most layer of businesses—CIOs are moving to report directly to the CEO. In 2016, Gartner research on the state of the CIO found that the relationship between the CEO and CIO was shifting, with the CIO becoming more of a partner and trusted ally. 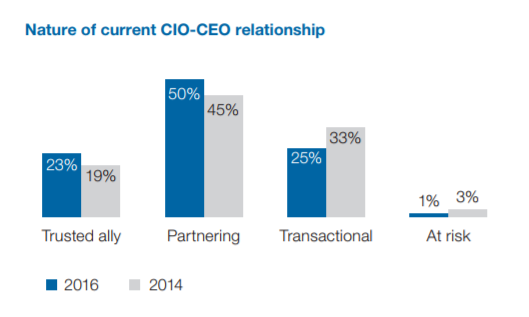 The change, although it might seem small, has a big impact. A direct relationship to the top signals that IT should stretch across strategy rather than reporting into a regulatory, cost cutting organization. 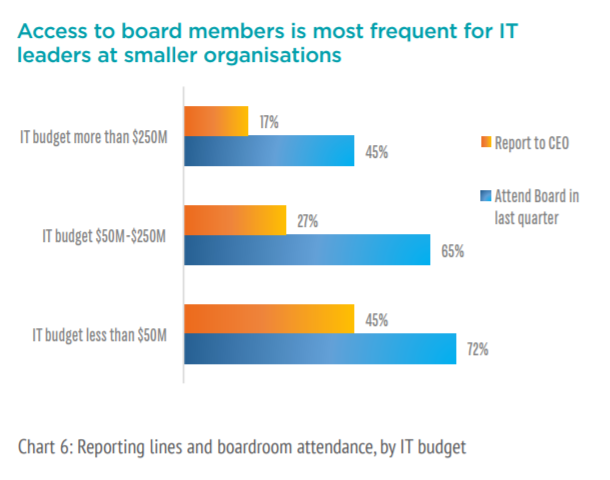 Interestingly, according to KPMG CIO research, small to mid-size firms are more likely to have attended a board meeting and report to the CEO.

Where does the CIO sit in your own organization? What about other companies you’ve seen or worked with? How does this impact the IT department overall?

Why End User Adoption is a Two-Way Street