2017 marked the third year of Microsoft’s #MakeWhatsNext campaign, aimed at encouraging young women to stay interested and involved in STEM. See the video below.

In the spirit of #MakeWhatsNext, we wanted to highlight one of our female MVPs, @Susan Hanley! Susan Hanley is the founder and president of Susan Hanley LLC, helping clients deploy SharePoint portals and collaboration solutions and maintain information architectures. Sue has been a Microsoft MVP since 2015 for Office Servers and Services.  She’s also co-authored numerous books on SharePoint and Knowledge Management. 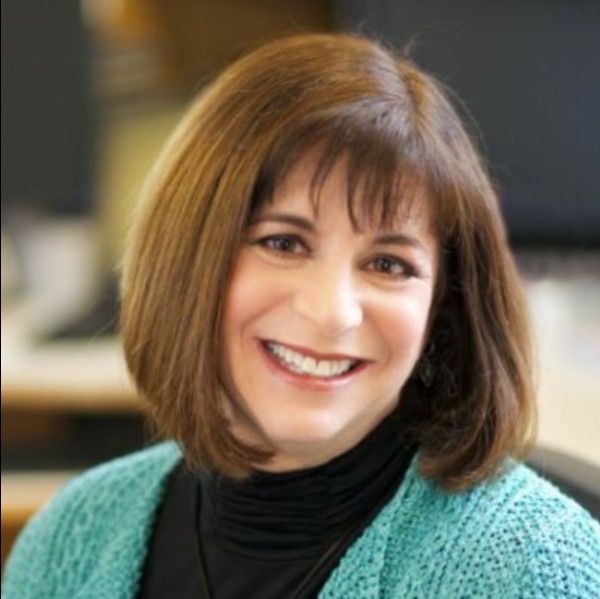 We asked Sue about her career in IT, how she initially became interested in the field, and her experiences. Here’s what she had to say:

You have a degree in psychology, how did you transition into IT? What initially drew you to the field of technology?

I was all about science and math in high school and started college pre-med. My psych degree wasn’t really very strategic; it was just an easy place to transfer all my science credits when I decided I didn’t want to be a doctor! Unfortunately, it wasn’t the best thing for job hunting after college. I knew I would eventually go to grad school and I was able to get a job as a management trainee at a bank – my one and only offer. That job involved a rotation in every department, including IT. While I was working in IT, I had an opportunity to work on the bank’s first implementation of ATM machines. I liked the work as a business analyst so much that I asked to drop out of the training program and stay in IT. I met some business analyst consultants who were consulting to the bank and I decided that I really wanted that kind of job. The people I met all had MBAs so I took the GMATs and enrolled in an MBA program where I majored in “information systems management.” I had about 30 job offers before I finished business school and went to work for a global consulting firm where I stayed for 18 years. So, the transition was a pretty good idea!

What would you say is your most valuable skill? Why?

I think that there are two skills that make me a good analyst – one is curiosity and the other is empathy. (So maybe that psych degree was more strategic than I thought.) You can’t really be a good systems analyst unless you can see the world from the perspective of the person for whom you are designing the system. It’s why I am so passionate about end user experiences.

Who are some of your female career role models?

I worked for several amazing women managers during the course of my career. One, Carolyn, helped me prioritize balancing work and family when my children were little. I asked if I could switch to part time when my second child was born. Carolyn worked full time as she raised her children so I wasn’t sure what she would say. Not only did she said yes, but she reminded me that the time that I would be working part time (which ended up being 12 years) would be a “blip” in my total career but I would never get that time back with my children. I felt a little bad when members of my “class” of consultants got promoted before I did, but I don’t regret my choice for a minute. Another very influential manager for me wasn’t a woman, but the CTO of our company. Jerry demonstrated work-life balance in a way that provided a great role model for all the men and women working for him. Jerry drove the after-school carpool for his kids for years. If we were in a meeting at 4 pm, an alarm would go off and he would get up and go pick up the kids, drop them home with their nanny, and then come back to the office. When a male senior executive models that type of work-life balance behavior – and still manages to get all his work done but does it in a way that works for his family, he makes it very easy for others to make similar choices. I definitely started my career at an amazing company – which is why I stayed 18 years.

What advice would you give to young women interested in pursuing a career in IT?

Speak up. I have always found that when you have something to say and you know what you are talking about, people will generally listen.

Let’s say you can predict the future – what do you see as the future of IT? Or where do you want IT to go?

I’m not very good about predicting tomorrow, much less the future of IT! I’m excited about all the possibilities that predictive analytics and big data analysis are bringing to the table – from finding expertise to helping make better business decisions. And, of course, I would love to see more young women enter the field. I still find it depressing that there are so few women at technical conferences. We’re doing much better in the SharePoint community, but at the Microsoft Tech Summit in DC, it felt like you could count the number of women attendees on 2 hands.

Read more on our feature on IT Career Paths and Skills during the month of March 2017 here.

Love the comments about working part time as a blip and the male CTO who cared so well for his kids.

Really great to hear stories where IT Pros are achieving work-life balance thanks to the support of leadership in the organization, and also leading by example!